Treasury must call the shots on US foreign exchange policy 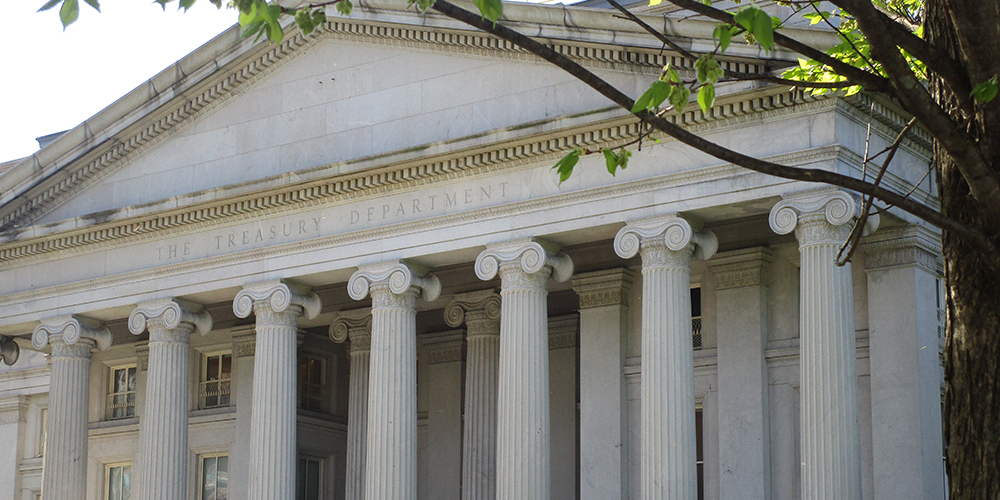 Trump’s approach was problematic, but it had teeth

This is the second part in an OMFIF series on US foreign exchange policy. The first part offered five suggestions for how the Treasury could strengthen the traction of its foreign exchange report.

Harmful currency practices, such as exchange rate manipulation, are prevalent around the world. Many Asian countries in particular have excessive current account surpluses and heavily intervene, pursuing export-led growth strategies that can absorb jobs and growth from the US.

Responding to perennial complaints from Congress that the Treasury has taken a soft approach to calling out such practices, the Donald Trump administration latched onto ideas long discussed in Washington DC about using trade sanctions for undervalued currencies. The Department of Commerce launched currency undervaluation countervailing duty cases on Vietnamese tires and Chinese tie twists, while the United States Trade Representative instigated a section 301 investigation on Vietnamese currency practices.

Members of Congress have long been unhappy at the Treasury’s reluctance to tag economies as ‘manipulators’ in its foreign exchange report. Over the years, the Treasury has sought to use behind-the-scenes diplomacy, coupled with forceful FXR analysis, to call out harmful currency practices. It did so with some success, though the time it took to get results underwhelmed Congress.

The Treasury has had to weigh economic analysis alongside political imperatives. It needed to avoid blaming foreigners for the impact of US policies on currency movements or equating US concerns over technological change and globalisation with harmful currency practices.

Further, the Treasury recognised the ‘manipulator’ tag might not carry much force. The sanctions afforded to the Treasury are weak. Under the 1988 and 2016 FXR legislation, the Treasury is able to launch expedited negotiations to remedy manipulation and there are further remedial actions that carry little clout. The Trump administration designations had virtually no impact on the concerned countries.

Aside from tweeting, Trump’s answer was mainly to unleash Commerce and USTR on currency undervaluation. This is a problematic approach, even if it gave teeth to FX policy.

To help Commerce/USTR, and probably to contain them, Trump’s Treasury developed its own currency model to gauge undervaluation. The model hinges on complex estimates, including subjectivity on ‘desirable policies’ in major global economies. Despite considerable transparency, the Treasury never revealed what it determined a ‘desirable’ US fiscal policy to be. Producing bilateral ‘undervaluation’ estimates is a highly questionable endeavour.

In the case of Vietnamese tires, Commerce applied 6% to 10% tariffs, after the Treasury found undervaluation around 5%. For Chinese tie twists, Treasury assessed renminbi undervaluation at around 5%, though that figure was not derived from its own model. Did the model not give Commerce the desired result? Since China didn’t respond to Commerce inquiries, Commerce doubled the figure to 10%.

Under its section 301 authorities, the USTR can deploy tariffs, but it can also negotiate currency issues with the concerned country, even though the Treasury has responsibility for currency policy.

How can President Joe Biden’s administration manage the new Commerce and USTR undervaluation authorities? The US cannot have multiple FX policies. It can’t have one for trade accounts and another for the rest of the balance of payments.

Given that there are precedents for CVD/section 301 that have political backing in some quarters, the Biden team should keep them. But the administration should develop a framework for doing so, one putting the Treasury squarely in the driver’s seat.

Any case in which sanctions are used must be clear cut. Using a heat map analogy, sanctions should only be considered when indicators are clearly flashing red. The Treasury should have exclusive control in judging whether the red lights are flashing. It must be fully transparent with the public about how it derives any figure.

Without agreement on such a process, these sanctions should be put on the shelf.