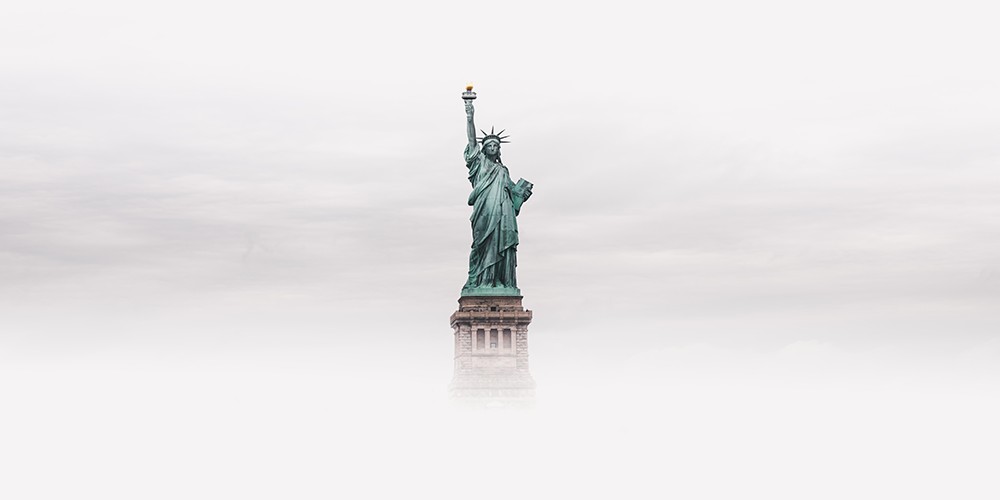 Wanted: leadership values and a better path to American greatness

Some 128 months of economic expansion that began in June 2009 ended abruptly last February. The US entered a chilling recession with the first signs of a pandemic originating in China. The change in economic fortunes undercut a central plank in Donald Trump’s re-election campaign.

In the span of five months, the economy’s momentum has been depleted by job losses, with some 40m people filing for unemployment insurance in the nine weeks to end-May. Congress passed a $2tn economic relief package, with the likelihood of more to come, to help offset a GDP decline expected by the International Monetary Fund at 8% this year.

Despite earlier signs of a V-shaped recovery, the forecast of a short recession but only gradual recovery has been reinforced by the mid-summer virus resurge, notably in the sunbelt states and California. Analysts including Byron Wien and Joe Zidle of Blackstone have suggested that the US will not see a full revival to 2019 levels before 2022.

An elevated New York stock market, up 40% since its March lows, can be attributed to investors’ belief that central banks and governments around the world will continue to keep their economies afloat. Recent market highs owe much to handful of tech stocks and are a far-from-reliable signal of economic fundamentals.

A re-election rallying cry based on the economy may reap few rewards. On another key issue, China, there is little to distinguish the Trump administration’s critical position towards Beijing from that of Joe Biden and Democrats in Congress. If the economy falters, Trump supporters are not likely to identify his muscular approach toward China as a reason to stick with him come what may on 3 November.

The fall-out from the 2017 tax cuts – at the centre of that year’s ‘America first’ programme – underscores how Trump’s economic strategy has been blown off course. The budget deficit, according to the Congressional Budget Office, is heading towards $3.7tn (17.9% of GDP) by the end of the fiscal year on 30 September. The level may be higher if additional Covid stimulus is approved. Public debt is likely to reach 100% of GDP by fiscal year-end, close to the 1946 record of 106.1%.

Trump’s tax reform, the largest tax code overhaul in three decades, permanently cut corporate tax to 21% from 35%. The package set benefits for individuals and families, designated as temporary, with a 2025 expiry date. This was a similar tactic to that used for tax cuts under President George W. Bush which left his successor, Barack Obama, headed for a 2013 fiscal cliff.

America’s unique inequality is an intrinsic part of its economic story, now intertwined with the dismal Covid experience. A broad-based survey in January by the Pew Research Center, before the pandemic and subsequent social protests, showed that most Americans believe the country suffers from too much inequality. A majority of those with this view believes the US economic system requires major change. Seven out of 10 adults said the system unfairly favours the wealthy and powerful.

America’s inequities and shortcomings are not Trump’s creation. But historians may view his White House tenure as a period of callous indifference toward obligations that are central to the presidential oath of office. Those responsibilities include presidential conduct toward foreign allies as well as strategic competitors and adversaries.

The post-war period has justifiably raised expectations of US leadership at home and abroad as the world’s leading democracy and largest economy. Here, Trump has fallen calamitously wide of the mark. Inequality and fragmentation at home finds its pendant in political imbalances abroad, which Trump has done all too little to seek to amend. Especially egregious is his attitude toward long-standing partners, notably Germany, a stalwart transatlantic ally. Trump backers will buy into his nationalistic bent toward castigating immigrants, left-wingers and the Chinese as the cause of America’s problems. His opponents will work to defeat him.

Instead of his ill-advised campaign for asserting greatness, Americans need credible, moral leadership able to unite society’s divisions, strengthen economic fundamentals, and represent ‘America first’ in a way that doesn‘t negate all the others. The public health crisis has made the US’ enormous political problems abundantly clear. On the basis of his rhetoric and track record, Trump has neither capacity nor desire to emerge as a wise and seasoned leader in a second term.

The country still faces considerable risks if Biden is elected. A Democrat-led House and a Republican-led Senate in 2021 would virtually guarantee political gridlock, stymying decisive action needed on multiple public policy fronts. Yet Biden can offer the potential if not the promise of a return to post-war American leadership values underpinning genuine and not synthetic American exceptionalism. The end of the Trump interregnum would allow the country to restart, on a higher plane and with greater international support, the search for that elusive quality: American greatness.

Marsha Vande Berg is a 2016 Distinguished Career Fellow at Stanford University. This is the second article in her two-part commentary on the US presidential election. Click here to read part one. Meghnad Desai, author of an OMFIF report in July 2016, The Political Economy of Donald Trump, explains on 28 July why he still believes President Trump may win on 3 November.