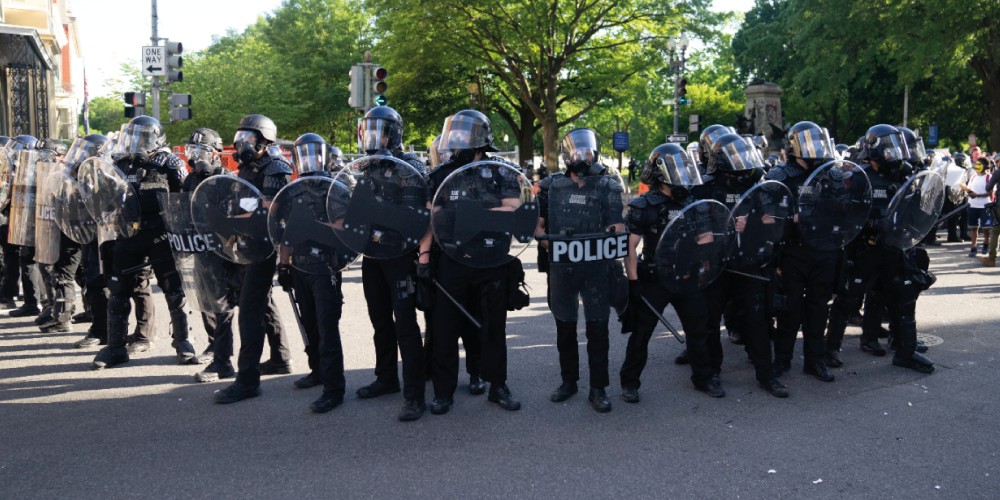 At the beginning of the year, Donald Trump appeared a near-invincible candidate for re-election. But an incompetent response to the coronavirus crisis, compounding a series of mainly self-inflicted wounds, appears to be driving him to defeat in the 3 November presidential contest. As the pandemic surges across sunbelt states and retains a stranglehold on key parts of the US economy, shortcomings in crisis management, including his heavy-handed handling of social protests, are turning voters’ sentiment towards Democrat Joe Biden.

Just over three months before the US chooses its 46th president, Covid-19 has become a decisive factor affecting how senior citizens, independents and suburban voters, especially in key states such as Florida, Arizona and North Carolina, size up the two candidates. The pandemic has infected some 3.9m and killed 143,000. The president’s hitherto blustering tone on the virus (although switching to greater sobriety this week with his espousal of mask-wearing) is registering negatively, too, in the critical battlegrounds of Michigan, Wisconsin, Ohio and Pennsylvania.

For several weeks, major polls from across the political spectrum have put Biden in the lead, some in double digits. According to analyst Nate Silver’s FiveThirtyEight website, three ABC/Washington Post polls in mid-July show Biden leading by 10-15 percentage points. A poll from conservative, pro-Trump Fox News in the same period puts the former vice president under Barack Obama up eight points over the president. The trend was consistent with June surveys, notably a Siena College/New York Times poll showing Biden ahead by 50-36%, and another by Fox News giving Biden a 50-38% lead.

A turning point seems to have been recognition, even among some die-hard Republicans, of Trump’s lack of realism in his ‘economy-first’ approach to beating the virus by speeding up reopening of business and social life. In a number of mainly southern states, as well as California, that have subsequently re-imposed restrictions, premature lifting coincided with new outbreaks.

Peggy Noonan, a Pulitzer-winning conservative commentator and former Ronald Reagan speechwriter, pinpointed the shift on 25 June. ‘Trump’s hold on history loosened and may be breaking,’ she wrote in the Wall Street Journal. ‘He hasn’t been equal to the multiple crises. Good news or bad, he rarely makes any situation better.’

Splits were exposed by the 25 May killing of George Floyd while in police custody in Minneapolis, followed by street protests around the country, some violent. Trump showed signal failure to unite rather than divide citizens regardless of ethnicity, gender, age or background – exposing a breakdown of leadership that deepens shadows across the political spectrum.

Voters are progressively voicing preference for serious governance, rather than shallow opportunism seemingly deepening problematic divisions in American society. They want efficiency, understanding and know-how in managing the federal government in domestic and foreign affairs. They desire decency and professionalism in personal conduct. And they seek credible capacity to identify and catalyse for good the changing world forces impinging on America and its prospects.

By taking to the streets, some middle-of-the-road voters signed on to the protesters’ efforts to move America’s troubled race relations to centre stage in presidential politics. In considering Trump’s fitness for these tasks, many Americans find, instead of empathy and awareness, a president who demonstrates the same tone-deaf response as in the health crisis to video tapes of police maltreatment of black men.

Two landmark episodes illustrate the Trump approach. In a brazen 1 June photo-op near the White House, the ‘president of law and order’ walked, bible in hand, a path cleared by authorities using tear gas and rubber bullets to a spot in front of the boarded-up St John’s episcopal church. James Mattis, former defence secretary and retired marine general, described the event as an ‘abuse of executive authority.’ Mark Milley, joint chiefs of staff chairman, publicly apologised for his participation.

A month later, on the eve of Independence Day, Trump re-emphasised his intention to exploit, not heal, race and cultural flashpoints. The scene was the Mount Rushmore monument featuring the granite-carved faces of Presidents George Washington, Thomas Jefferson, Abraham Lincoln and Theodore Roosevelt. Trump committed to battle against a ‘new far-left fascism’ allegedly waging ‘a merciless campaign to wipe out our history, defame our heroes, erase our values and indoctrinate our children’. The New York Times decried using a freedom-celebrating national holiday ‘to mount a full-on culture war against a strawman version of the left’ portrayed as ‘moving the country toward totalitarianism’.

While medical experts urged Americans to refrain from 4 July picnics and fireworks, Trump in his address barely mentioned the pandemic. Instead, the president redoubled criticism of the centrepiece of the protests, the Black Lives Matter movement. Trump’s apocalyptic tones echoed the denunciation of ‘American carnage’ in his bleak January 2017 inaugural address. And he laid bare a double deficit: no positive message for the next four years – and no thriving economy to back him up.

Marsha Vande Berg is a 2016 Distinguished Career Fellow at Stanford University. This is the first of her two-part commentary on the US presidential election. A second article, on the US economy, appears on 27 July. Meghnad Desai, author of an OMFIF report in July 2016, The Political Economy of Donald Trump (also featuring articles by Marsha Vande Berg and Desmond Lachman, among others), explains on 28 July why he believes President Trump may win on 3 November.