Too early to write off president who never learnt the rules 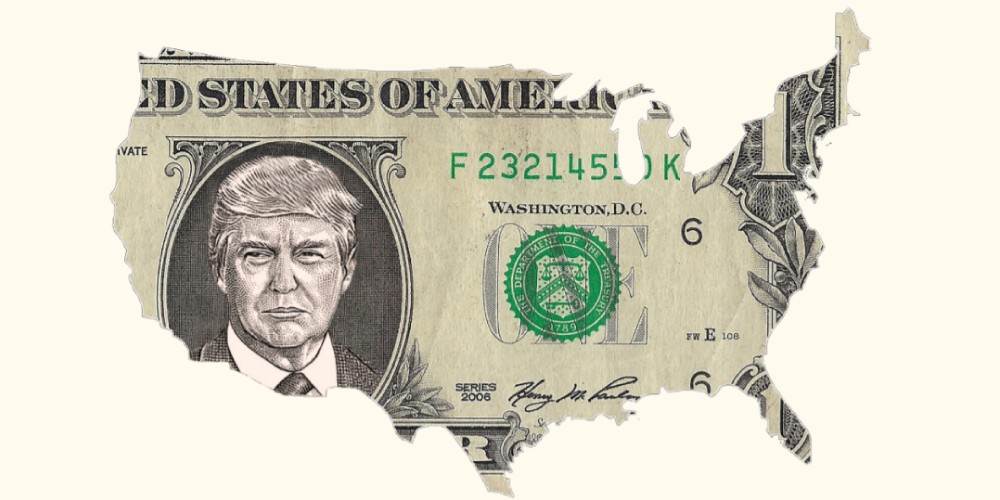 World catches up with Trump’s insouciance on debt

Donald Trump’s rumbustious presidency has been more or less the mix of confusion, contradiction, banality and confrontation I predicted four years ago, in a July 2016 report ‘The Political Economy of Donald Trump’. The economic buoyancy accompanying his journey into the White House, which continued, tax cut-propelled, for the first three years of office, is now seriously threatened.

The probability of a Trump defeat in against Joe Biden November has risen, but it is by no means certain. Much can change electorally in three months, especially in a nation riven by social and ethnic fault lines and where foreign crises (such as an autumn eruption with China) are likely to favour the incumbent. I would still wager an economic rebound taking Trump – unpopular, divisive and unsavoury – to a second four-year term.

Trump has shown less competence in the coronavirus crisis than many other leaders. Yet US pandemic performance is in the mid-ground of international rankings, not at the bottom, as many allege. While the number of infections is high in absolute terms, the US mortality rate and infections per capita are lower than large European countries except Germany which has roughly equal the US score. With 4.2m cases and 147,000 deaths, the US has a mortality rate of 3.5%, 440 per 1m inhabitants. The UK with 301,000 cases has suffered 46,000 deaths or 15% of infections (680 per 1m inhabitants). The statistics for Brazil and India are respectively 86,000 and 32,000 deaths, out of 2.4m and 1.4m infections, a 3.6% and 2.3% death rate, 383 and 23 per 1m.

Predictions that Trump would be impeached and removed within a year of taking office were wide of the mark. Congress tried to impeach him but later (December 2019- February 2020) and unsuccessfully. Unrepentant, unfazed and, when he has to, wearing a mask (now termed as a patriotic duty), he is ready for the fight.

A major disappointment has been the absence of much-needed infrastructure investment that could have laid down foundations for durable growth. Four years ago, I held out the prospect of a new era of infrastructure similar to President Dwight Eisenhower’s in the 1950s in a field requiring interaction with state and municipal legislatures, and knowledge of how budgets work, the president’s shortcomings in winning consensus and understanding details have shown his vulnerability.

Before the November 2016 election, Trump – a businessman fascinated by possibilities for manipulating borrowing conditions – flirted with the idea of reneging on government debt. Yet, in contrast to many fears, Trump has not interfered with the mechanisms of American monetary power that maintain the dollar’s supremacy. The Federal Reserve, active in the crisis to maintain credit and currency support for foreign allies, remains a sure-footed independent source of policy. The renminbi was never likely any time soon to dislodge the dollar. Sparring with China and the continued internal struggles of the No 2 reserve currency, the euro, have underpinned the dollar’s status. This could change if the European Union’s recovery fund agreed on 21 July makes a real difference. However, even on the most optimistic reading of Europe, it will take many years for this to work through.

More orthodox economists worry that the first-year tax cut took the US into the crisis with public debt up 5 percentage points of GDP, despite more than 10 years of economic growth. However the relevance of such anxieties has fallen amid the tsunami of Covid-induced international borrowing. Trump can be blamed for many mistakes, but gross fiscal irresponsibility is no longer one of them. Even his difficulties with the budgetary process disappeared once the virus encouraged bipartisan agreement on the $2tn stimulus. Trump has always been insouciant about debt. Now, the world has caught up with him.

At the beginning of 2016, when few thought that he had a chance of winning the Republican nomination, much less the presidency, Trump’s bold assertion that debt was as good for the economy as it had been for his real estate business alerted me to his economic unorthodoxy. In a club of house-trained presidential candidates, he was an outsider.

His victory was a shock. The pollsters had forecast a handsome victory for Hillary Clinton. She won plurality in votes. But they didn’t reckon with the constitutional arrangements under which the popular vote had to be filtered through the electoral college, giving small states their due. Trump secured a wafer-thin lead in the required number of counties.

Trump did not move to the centre but found votes on the outer margins, in addition to the Republican party’s white voter support. That plus voters’ location helped him win [see Politicshock: Trump,Modi,Brexit and the Prospect for the Liberal Order and Trump: The First One Hundred Days: A man of contradiction and controversy]. This time, Trump faces the handicap of having lost the support – for reasons that Marsha Vande Berg has outlined – of many voters who supported him in 2016. Trump has not learnt – nor will ever learn – the rules of political good behaviour. But it’s too early to write him off.

Lord (Meghnad) Desai is Chairman of the OMFIF Advisory Council, Emeritus Professor of Economics at the London School of Economics and Political Science, and author of an OMFIF report in July 2016, The Political Economy of Donald Trump.  This is the first article of his two-part commentary on President Trump’s prospects. The second appears on 29 July.