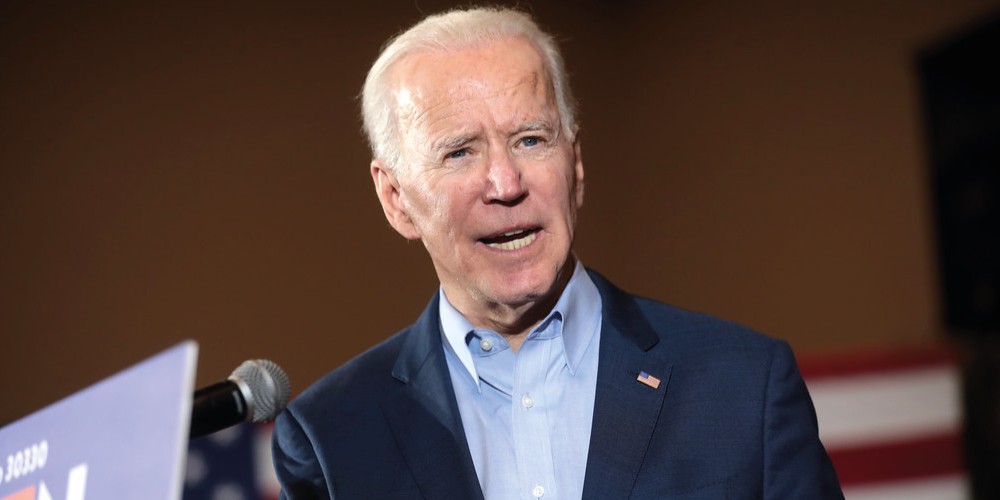 Donald Trump has, on some readings, altered the shape of American politics by taking the centre of gravity further rightwards. It’s not clear what ‘left’ means in the US – and this could help the president’s campaign. The US has always liked to believe it was centrist, with two main presidential candidates running on near-identical platforms and the contest resting on personality, family, religion and so on. This has now changed. Trump the polariser will intensify questions over what Joe Biden stands for. The long-serving Democrat senator for Delaware lacks charisma. Apart from being a centrist, there is little to recommend him.

There are reports that Biden plans to move somewhat leftwards and incorporate parts of the programme of Bernie Sanders and Elizabeth Warren. Franklin Roosevelt ran to the right of Herbert Hoover in 1933 on a platform of balanced budgets. But then he changed in office and inaugurated the longest period in American politics of European-style social democracy. This lasted till 1968 and the ‘great society’ with the final attempt to build a welfare state. In US as everywhere else the 1970s was a time of stagflation and confusion. Then came Ronald Reagan (Margaret Thatcher in the UK, Helmut Kohl in Germany) and the centre moved rightwards.

Everyone was pro-market, espousing lighter regulation, lower income tax, governments getting out of the way. Bill Clinton embraced the model. The Democratic Party became the Nelson Rockefeller wing of the Republican party: ‘In God and Goldman Sachs We Trust.’ The Obama years when Biden served as vice president coincided with greater societal fragmentation. As Senator Kamala Harris pointed out during the hustings, Biden has a long record of supporting legislation which many believe was socially divisive, and which the powerful Black Lives Matter movement may find objectionable. While BLM supporters will never vote for Trump, some of them may not find Biden particularly attractive. There is still a possibility that Biden could face a third party candidate on the left who will take votes away from him. Ross Perot in 1992 (George H. W. Bush defeated by Clinton) and Ralph Nader in 2000 (George W. Bush beating Al Gore) both took votes away from the losing candidate. Trump may be luckier than people think.

Trump is not seeking moral judgment on his attitudes – often deplorable – towards women, black citizens, Democrats and Mexicans He remains the polecat of American politics. Rex Tillerson, Trump’s former secretary of state, pointed out after he was fired that Trump had never learnt about limits to power. Trump has been sole-owner of a private business who made his own rules as he went along. He often fell foul of the law. He finds his own cabinet restricting. He changes personnel as rapidly as some change neckties. He does not feel the need for consistency with past statements. He is openly ignorant of simple facts, not knowing for example that the UK has nuclear weapons. This kind of ignorance is not unusual. Before his election in 2000 Bush did not know that India had a population of 1bn.

More importantly, Trump has demonstrated limited understanding of America’s constitutional separation of powers. Early on in his administration, courts frustrated his bid to restrict foreigners’ entry into the US. He was thwarted on borrowing to repair infrastructure since he did not understand the budgetary process. The massive infrastructural improvement has not happened. Nor has he succeeded in building the great wall of Mexico. Yet, until the coming of Covid, Trump’s economic gamble, based on tax cuts adding to the momentum of a reviving Obama economy, appeared to be paying off. By December 2019 the US was enjoying near-full employment and negligible inflation. Income growth had revived and stock markets were happy. Then came the March pandemic, economic shutdown and sharp rises in unemployment.

All this coincides with rising international tension. Trump believes that America’s enemies are those with which it runs a trade deficit. Russia is demoted in the enmity stakes; China has risen to No 1. The European Union, particularly Germany, has moved up the league table of adversaries. Even before Covid, Trump had begun to dismantle globalisation with its apparatus of just-in-time supply chains. Trump’s mercantilistic view used to be part of US political philosophy until America’s post-war power made it a free trade advocate. Threatened in its top position, America now loves tariffs again.

Trump has similarly broken with seminal post-war foreign policy tenets. Trump’s isolationism has appalled the North Atlantic alliance. Obama was trying to free America from foreign entanglements. Trump has gone further. He is the first president since Eisenhower not to have launched a war or sent more soldiers abroad. He has brought home armed forces personnel on the simple, but (for the foreign policy establishment) shocking notion that saving foreigners’ lives is not worth the deaths of American soldiers. He has been trying to wind down the war in Afghanistan. He withdrew troops from Syria, declaring unilaterally that America had eliminated the terrorist movement Isis. The ‘body bag’ count is instructive. The Afghan campaign started by George W. Bush in 2001 cost 2,216 American military lives by 2013 , the Iraq War 4,497, the Isis war 76 since 2014. In Trump’s term just one military person has died overseas, in Yemen in 2017.

The reasons for withdrawal from international commitments go well beyond Trump’s idiosyncratic nature. They reflect America’s changing social profile, greater awareness of other countries’ rise in living standards, and consequent desire to spend less abroad and focus on domestic issues. If Biden wins, he would require European members of Nato to pay more for their own defence.

The American electorate is no longer predominantly white Christian of European extraction, as in 1945. Hispanics and Asians represent substantial proportions. As the BLM movement underlines, Blacks are more forcefully demanding action on improving social justice and equality. The contrast with John Kennedy’s inaugural address in 1961 which launched America ‘ready to go anywhere and make any sacrifice to defend liberty round the world’ could hardly be more striking. In his non-triumphalist inauguration in 2017 Trump spoke of America fallen from greatness, broken by opioids and losing from globalisation.

Trump will not change his combative style. The crucial variable will be the recovery. If the economy manages, against the odds and despite reimposed lockdowns, something like a V shaped revival, with a fall in unemployment and stock markets relatively buoyant, Trump may yet frustrate his detractors. Democrat left-leaning calls to defund the police may steer some centrist voters toward Trump. Incumbent presidents are difficult to beat. In the post-war years, only Gerald Ford (who never wanted to be president), Jimmy Carter (caught out by stagflation and the US embassy hostages in Teheran) and George H. W. Bush (Ross Perot) have not won a second term. International turbulence centered on China may come to his rescue. On 3 November Trump may surprise nearly everyone.

Lord (Meghnad) Desai is Chairman of the OMFIF Advisory Council, Emeritus Professor of Economics at the London School of Economics and Political Science, and author of an OMFIF report in July 2016, The Political Economy of Donald Trump.  This is the second article of his two-part commentary on President Trump’s prospects. The first part appeared on 28 July.