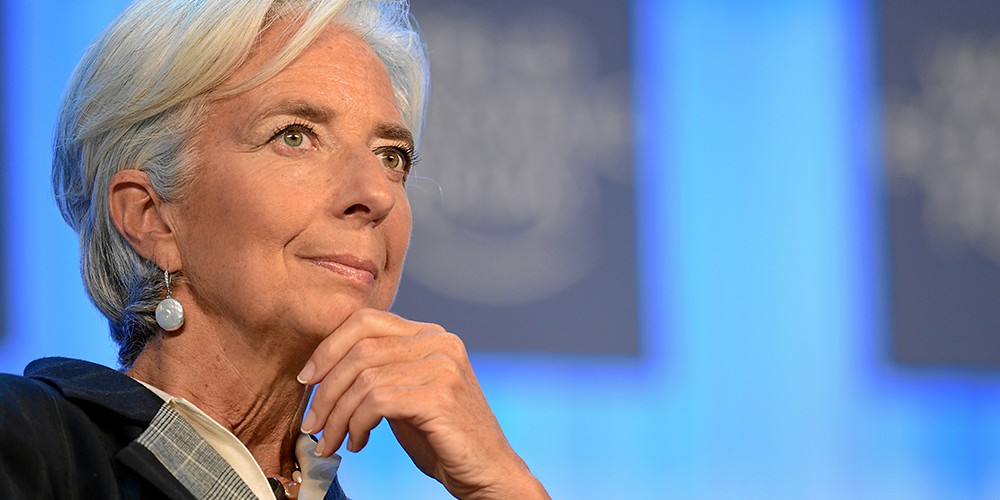 Christine Lagarde, who takes over from Mario Draghi as European Central Bank president on 1 November, brings a wealth of experience to confront coming challenges – including an unprecedented revolt on the decision-making ECB council against Draghi’s easing policies.

There is one problem, according to observers in the core euro member countries. It may be the wrong sort of experience. Lagarde stands out among the three ECB chiefs so far – Wim Duisenberg (1998-2003), Jean-Claude Trichet (2003-11) and Draghi (since 2011) – in never having worked in a central bank.

As managing director of the International Monetary Fund since 2011, and previously as France’s minister of economics and finance, she has a sharply honed instinct for international politics. She is well versed in building compromises. Some central European central bankers fear she will devote her energies to engaging with European and world leaders on seeking high-level economic reforms. This would include trying to seal a long-touted ‘grand bargain’ under which countries such as Germany would relax fiscal policy in exchange for a gradual tightening of European interest rates.

Such an approach, while laudable in many ways, could neglect problems at the heart of the ECB. Also, many doubt whether such a deal is achievable. ‘Forging such a bargain sounds a good idea in theory, but it cannot work in practice because of Italy,’ says one German government official. ‘Tightening ECB monetary policy would drive up credit spreads in Italy, with very poor consequences.’

In many key economic issues, Lagarde may become unduly reliant on the advice of others, both in formulating guidelines for policy action and in maintaining control over her 25-member governing council.

A vital policy link will be with Philip Lane, the softly-spoken Irish ECB board member in charge of economics, who took over from the seasoned Peter Praet in May. Participants at council meetings report that he has acquitted himself well in his new post – but his biggest tasks are yet to come.

Board members and central bank governors accounting for more than half of the 19-member euro area GDP voiced misgivings about the ECB’s 12 September decision to restart its government bond purchases, at €20bn a month, reversing the December 2018 end of bond-buying. The cut in negative interest rates to minus 0.50% was less controversial.

Robert Holzmann, the new president of the Austrian National Bank, played a key role in the 12 September criticism. Departing from the usual protocol for freshly-arrived council members, in the closed-door meeting he was unexpectedly vocal in decrying Draghi’s plans. As a veteran international economist, Holzmann’s apparent willingness to lead the anti-Draghi charge appears to have strengthened the habitual combativeness of Jens Weidmann and Klaas Knot, heading the German Bundesbank and the Dutch Nederlandsche Bank. ECB participants say, in view of the forthcoming change at the ECB helm, council sceptics now sense an opportunity to speak out forcefully for change in the ECB’s governance style.

Knot has drawn ire from some of his ECB colleagues by terming ‘disproportionate’ the 12 September package, in particular, restarting asset purchases, underlining ‘sound reasons to doubt its effectiveness’. By contrast, Draghi’s supporters – the majority of the council – say the move is justified by flagging European growth and, crucially, the ECB’s inability to meet its self-proclaimed goal of keeping inflation at below but close to 2%.

Allies and antagonists credit Draghi with near-mystical skills in conjuring majorities for contested policies. Even supporters call his tactics ‘aggressive’. In eight years at the ECB, he has frequently pushed through measures by first raising market expectations with adroit statements predicting forthcoming action – leaving his colleagues with no choice but to ratify the decision or otherwise be blamed for provoking a destabilising market sell-off.

Lagarde starts her new job enjoying considerable backing and sympathy from German policy-makers from Chancellor Angela Merkel downwards. Marking a shift from the aloof and somewhat shy Draghi, who has become increasingly irritated by German criticism, Lagarde may need to pay attention to the personal side of shoring up support in Frankfurt and Berlin. Draghi has flouted traditional niceties by declining to engage with leading former ECB figures who have now turned adversarial.

Defying criticism that she should not unduly heed persistent German sniping, Lagarde can be expected to wage a charm offensive with conservative German economists and politicians. This can bring important benefits. The next two years will demonstrate whether it is enough.

David Marsh is Chairman of OMFIF. This is part of an OMFIF series on the changing nature of central banking. The first article, published on 18 September, is available here.