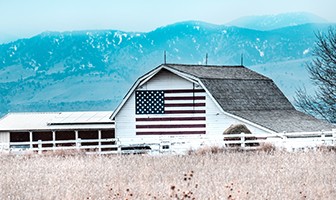 Blame Trump, not foreigners, for shortfall

President Donald Trump doesn’t like migrants flowing into the US from south of the border. Yet – even if the risks seem to have receded after the G20 summit in Osaka – his tariffs and tariff threats are slowing growth in world trade and GDP. And this will increase migrant flows into the US. As foreign economic activity declines, and more foreigners lose jobs and/or income, they will be motivated to migrate. The US president doesn’t appear to understand why tariffs fuel migration. If he carries on with his policies, he soon will.

But that’s not Trump’s only international trade blind spot. He and his cabinet think that US trade deficits are a problem caused by foreign countries that manipulate their currencies and engage in unfair trade practices. These ideas are wrongheaded.

These misguided concepts have plagued other administrations — even those led by free-market presidents, like Ronald Reagan. Indeed, I spent many days, while at Reagan’s council of economic advisers, trying to defend the president’s free-trade ideas. But the free-trader faction, which was led by the likes of Reagan himself, lost the battle.

As Bill Niskanen, who was a member of Reagan’s council of economic advisers, put it in Reaganomics: An Insider’s Account of the Policies and the People, ‘Trade policy in the Reagan administration is best described as a strategic retreat. The consistent goal of the president was free trade, both in the US and abroad. In response to domestic political pressure, however, the administration imposed more new restraints on trade than any administration since [Herbert] Hoover.’

History seems to be repeating itself. Simple economics plus evidence about the trade deficit demonstrate the faults in Trump’s reasoning. In national income accounting, the following identity provides the key to understanding the trade deficit: (Imports – Exports ) ≡ (Investment – Savings) + (Government Spending – Taxes).

This means the trade deficit is equal to the excess of private sector investment over savings, plus the excess of government spending over tax revenue. So the counterpart of the trade deficit is the sum of the private sector deficit and the government deficit (federal plus state and local). The US trade shortfall, therefore, is just the mirror image of what is happening in the US domestic economy. If expenditures in the US exceed incomes produced in the US, which they do, the excess expenditures will be met by an excess of imports over exports, in other words, a trade deficit.

Newly released US data, shown in the accompanying table, support the important trade identity. Since 1975, the US has racked up a cumulative trade deficit of around $12.4tn, and the total investment minus savings deficit is about $11.3tn. The data talk, and they talk loudly.

Trump can bully countries he identifies as unfair traders; he can impose all the restrictions on trading partners that his heart desires – but it won’t change the trade balance. Very few people seem to be listening to this basic truth. When it comes to trade, Trump is the master of the message and the optics. Trump’s simple-minded trade view is tailor-made for delivery on Twitter and television. His supporter base appears firmly behind him.

However, media outlets that pay attention to Trump’s soundbites should heed the more complex arguments. Although the US has run a trade deficit every year since 1975, it has done relatively well over that time. The sky didn’t fall in because of our trade deficit. One fact is clear: the trade deficit is homegrown – made in the USA.

To fund the excess of imports over exports, the US must import capital. This can be done without strain because the dollar is the world’s reserve currency. US borrowing from abroad shows up in the huge chunk of US public debt held by foreigners.

As it turns out, the Trump administration’s fiscal policies, which promise an ever-widening fiscal deficit, will throw a spanner in Trump’s trade policy works. If his fiscal deficits are not offset by an increase in private savings relative to private investment, increases in the federal deficit will translate into larger trade shortfalls. If Trump wishes to discover the true source of the trade deficit, he doesn’t have to look very far. Foreigners and their ‘unfair’ practices are not to blame. The culprit is that arch-enemy of trade deficits: Donald Trump himself.

Steve Hanke is Professor of Applied Economics at the Johns Hopkins University and Member of the OMFIF Advisory Board.

This is the second in a series of two articles on President Trump’s policies on the dollar. Part one is available here.