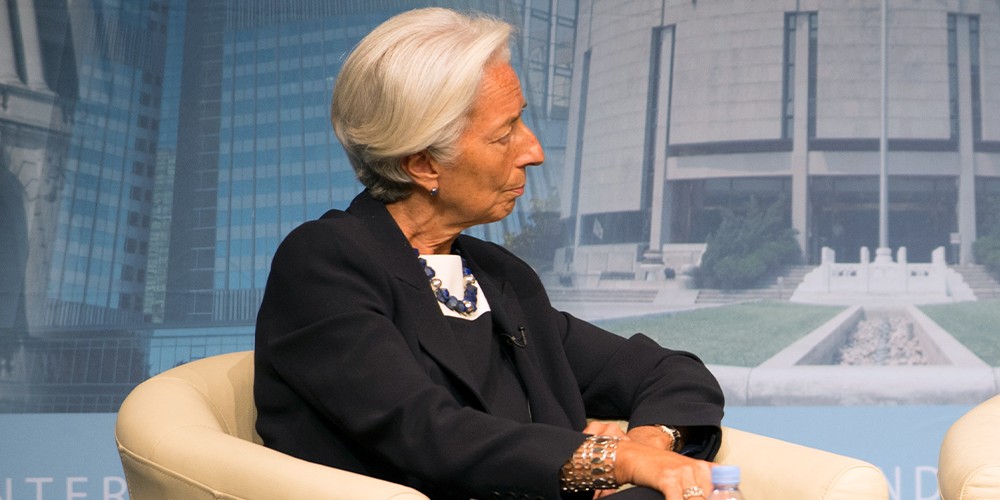 Christine Lagarde’s nomination to run the European Central Bank is a high-risk, French-orchestrated gamble that shatters the Bundesbank’s pretensions to influence the fate of economic and monetary union. The selection of the International Monetary Fund managing director and former French finance minister to take over from Mario Draghi on 1 November confirms a new activist era in central bank policy-making – with an intriguing mix of positive and negative consequences.

The good news is that Europe may be set for a new burst of monetary policy-fuelled growth, assuaging years of bitterness by indebted southern Europe against the northern creditor countries. The bad news is that many voters in Germany, the biggest economy and largest creditor, may feel increasingly disadvantaged by policies supporting the debtor countries – fuelling fresh political resentment that could undermine EMU’s chances of longer-term survival.

Lagarde’s prospective eight years in the job, assuming she is confirmed by the European Parliament, will be a race against time. The outcome will show whether a pro-growth agenda favoured above all by southern EMU members will win against the forces of monetary orthodoxy favouring a return to safety-first Bundesbank-style policies.

The unexpected choice of Lagarde marks an extraordinary further step to politicise a central bank that was supposed to be above politics. Already in the last few months of unashamed national bargaining over the European Union’s top positions, politicking intruded directly into decisions over the ECB post.

When the central bank was set up in 1998, Theo Waigel, then German finance minister, held back from nominating Jürgen Stark, his state secretary, to fill the German seat on the six-person board, arguing that this could politicise ECB deliberations. Germany wanted to thwart with all means the desire of President François Mitterrand, one of EMU’s founding fathers, to set up an overtly political central bank. Instead, the job of the ECB’s first chief economist went to Otmar Issing from the Bundesbank and Würzburg university. That time of puritanism now is long gone.

However much German leaders may welcome better gender balance in central banking, Lagarde’s selection is a rebuff to Germany for several reasons. All of this may increase talk (however difficult this would be to implement) of Germany leaving the bloc in coming years. Lagarde is an unabashed proponent of more Draghi-style unconventional monetary policies to lift euro area inflation and restore economic growth across the 19-nation union. Her policies, although welcome to some, may be seen by many in Germany as threatening to undermine the currency.

She will eclipse on the 25-member ECB governing council Jens Weidmann, the Bundesbank president, previously a strong though controversial contender for the ECB post. The unceremonious demise of his candidature strengthens the probability of low interest rates for years to come – extinguishing German hopes of a gradual return to monetary normalisation.

Weidmann has felt impelled during the past two years to soften his previous implacable opposition to quantitative easing through large-scale government bond purchases. He now appears to have emerged from his period of recantation without reward. Anti-Weidmann acrimony in Europe’s south is still rife, and may have tipped the scales against him. As one senior policy-maker in Rome put it on Monday, before the Lagarde decision was announced, ‘Everyone knows how he [Weidmann] behaved in the past [over QE]. If he wants to show he’s changed, it’s a bit late.’ Another Italian technocrat warned of ‘thermonuclear’ consequences for Italy if Weidmann’s orthodox policies held sway.

Luis de Guindos, the former Spanish finance minister, took over last year as ECB deputy president. Both his and Lagarde’s terms at the ECB mark the first time that a duo at the helm of a major central bank enters the institution with no direct central banking experience.

There is still considerable German opposition to further QE in Europe as foreshadowed last month by Draghi and other ECB officials. The German constitutional court, increasingly critical on QE, is holding a public hearing in Karlsruhe on 30-31 July on a long-running anti-QE legal action brought by German economists and business people. Markus Kerber, one of the lawyers behind the action, said, ‘At a time when Draghi is tempted to use another bazooka, I think his people would be wise not to overstrain German patience.’ However, officials close to Weidmann say there is no chance that the court can stop further QE.

Lagarde’s eight years as IMF managing director have been marked by considerable criticism of German polices. In January 2018 she used a Bundesbank conference in Frankfurt to mount a strong attack on Germany’s current account surplus of 8% of GDP. Lagarde said it was a sign of excess savings and inefficient investment and posed a problem for world economic balance. The rise of protectionism across the world was ‘not unconnected to accumulation of current account surpluses in key countries,’ she said.

When she moves to Frankfurt in October, German officials can expect more strictures like this. Lagarde will be given a warm initial welcome to Germany’s financial capital – but it may not last.