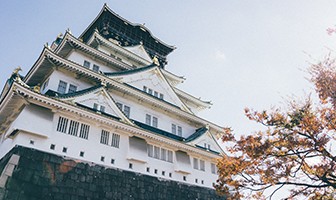 In anticipation of the 14th G20 summit on 28-29 June, to be hosted in Osaka by Japanese Prime Minister Shinzo Abe, OMFIF US Chairman Mark Sobel asked a group of policy experts from around the world to answer questions about the efficacy and future of the G20. In the first of two articles, the group responded to this question posed by Sobel: ‘Many say the G20 has become a humdrum, low key affair that is not accomplishing much and is failing the global economic and financial system. What do you think?’

Stephen Pickford: The creation of the G20 in 2008 was a crucial step in boosting international co-operation and engaging key emerging economies at a time of crisis. The first three summits – Washington, London, and Pittsburgh – delivered key agreements that helped the global economy weather the worst of the financial crisis: fiscal and monetary stimulus, strengthening financial regulation, boosting the reserves of the International Monetary Fund, and averting trade protectionism.

From those early days, successive summits have been disappointing. There has been some progress, for example on development and infrastructure investment. But the sense of urgency has dwindled, and with it countries’ willingness to allow wider global concerns to temper their own national interests. It has hardly lived up to its billing as the ‘premier forum for economic co-operation’.

Ludger Schuknecht: Many observers still reminisce about the 2008 financial crisis, when the G20 agreed on coordinated macroeconomic policy action. But with the crisis over it is perfectly ‘normal’ that macroeconomic action is on the back burner. The current environment is marked by a slowdown and risks, but the situation is very different from 10 years ago.

Vanessa Rubio: With 20 years on its shoulders, the G20 has represented the economic and financial world order and the correlation of power. It reflected the economic system of the post-globalisation period that emerged after the 1994 financial crisis, which needed clearer and more specific rules on finance, trade and investment.

Jean Boivin: The world is approaching a dangerous tipping point. This is not about trade wars per se, but a real risk of deglobalisation that will be difficult to undo once it starts. This is already beginning to weigh on the global outlook. The global economic integration over the last 40 years has been a powerful macro force. It will be true in reverse as well. This is an existential challenge for the G20, but also speaks to the potential for results.

Mark Sobel: We live in a world of nation-states. Countries, especially large ones, focus primarily on domestic objectives. To be sure, they take international considerations into account in their decision-making. But the will to sacrifice domestic objectives for the international good is limited. The global economy’s performance and outlook is bumpy. That reflects a slowing US economy, compounded by unfortunate US actions; a weak European economy, in which countries are turning inward amid political turmoil; a Chinese economy beset by excessive leverage and in need of overhauling its growth model; and a Japanese economy with almost no inflation, massive debt and huge demographic challenges.

SP: The structure of the G20 itself has flaws which make it harder to make decisions that countries are willing to adhere to. The need for consensus often results in a ‘lowest common denominator’; the rotating presidency works against effective leadership; and the unwillingness to drop issues and prioritise has led to a lack of focus.

If the G20 does not adapt to this new reality, it will become irrelevant. International organisations that work to incentivise dialogue must keep leaders interested by providing them with thorough studies and evidence of the relevance of specific actions and collective measures that are needed not only for ‘world development’ but for their national benefit.

LS: The G20’s most important role is developing the global economic and financial order. This process continues with the implementation of the financial regulation agenda and work on the international financial architecture. The tax agenda will hopefully progress under G20 and OECD auspices. If this is not a sign of success and relevance, then what is?

SP: There have been some ongoing successes, in particular where technical bodies have been tasked to implement leaders’ agreements, for example the Financial Stability Board’s push for reform of financial regulation. But overall the G20 summits have not recently made best use of the opportunities they provide for the leaders of the 20 most systemically important countries to give political impetus to international economic co-operation.

MS: There is still utility in leaders coming together. Their exchanges might sensitise them a bit more to think about global challenges. It always helps to know one’s counterparts. The leaders’ gathering provides an umbrella for good work, including on financial regulations such as Basel III or on International Monetary Fund quota increases, and more recently on infrastructure and international tax co-operation. It is good to have the machinery up and running for any future crises.

Stephen Pickford is Senior Research Fellow at Chatham House and former Managing Director (International and Finance) at the UK Treasury. Ludger Schuknecht is Deputy Secretary-General of the Organisation for Economic Co-operation and Development and former Chief Economist in the German Federal Ministry of Finance. Vanessa Rubio is a Senator in the Mexican Congress. Jean Boivin is Head of the BlackRock Investment Institute and former Deputy Governor of the Bank of Canada. Mark Sobel is US Chairman of OMFIF and former Deputy Assistant Secretary for International Monetary and Financial Policy at the US Treasury. Each has previously served as their nation’s representative to the G20.

The group will answer a further question about the future of the G20 tomorrow, the responses to which will be published on www.omfif.org.