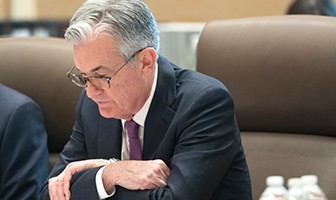 All eyes will be on Federal Reserve Chair Jerome Powell when he goes to Capitol Hill this week for his twice-yearly testimony before US House and Senate committees. The critical issue is whether a strong jobs report will prompt him to temper his dovish hints about cutting rates to sustain expansion.

Fed funds futures still show a 100% chance of a quarter-point rate cut at the next meeting of the Federal Open Market Committee at the end of this month. The question is whether the Fed will have the mettle to defy market expectations and hold rates steady.

There is a difference between missing market signals and defying them. Fed policy-makers clearly missed them in the second half of 2018, raising rates twice in the absence of any apparent need to do so. Investors reacted with a tantrum and the Fed quickly changed course, abandoning further planned increases and eventually hinting at cuts.

Now markets want the Fed to correct what they see as an egregious policy error with the earlier rate rises. Not everyone on the FOMC agrees an error was committed. Even if they do, they may not think a correction is required and will push Powell to defy market expectations.

Loretta Mester, the hawkish president of the Cleveland Fed, thinks the panel should hold rates steady ‘for a while’. Speaking in London before jobless figures were released, she said, ‘I prefer to gather more information before considering a change in our current monetary policy stance.’

But the other parameter for policy-makers is inflation, which has remained stubbornly below the Fed’s 2% target. The consumer price index will be released Thursday and the producer price index on Friday. They may provide clues, though the Fed’s favoured measure is the personal consumption expenditure index, released later in the month.

Fed Vice-Chair Richard Clarida, a reliable proxy for Powell on monetary policy, described the May inflation in late June as ‘close to’ the Fed’s target – though to many people, if not most, 1.5% may not seem close to 2% in a measure that moves in increments of 0.1 percentage points. But it indicates the Fed may not feel any compulsion to cut rates right away.

Fed Governor Lael Brainard countered Clarida’s contention that all is well by noting that risks have increased, suggesting a downward adjustment might be called for. Basic risk management ‘would argue for softening the expected path of policy when risks shift to the downside’, she said.

St. Louis Fed chief James Bullard dissented from the consensus statement in June because he wanted to cut rates then instead of keeping them stable. ‘The forces that are keeping inflation below target seem unlikely to be solely transitory,’ he said in a statement explaining his dissent, rejecting the excuse for low inflation proffered by Powell and Clarida. ‘Lowering the target range for the federal funds rate at this time would provide insurance against further declines,’ Bullard argued.

The notion of an ‘insurance cut’ – one not prompted by data suggesting urgent action is necessary, but a pre-emptive move to keep data in the preferred parameters – is the wiggle room policy-makers leave themselves. As Bullard put it: ‘Even if a sharper-than-expected slowdown does not materialise, a rate cut would help promote a more rapid return of inflation and inflation expectations to target.’

One option that seems to have been withdrawn is the half-point reduction urged by Minneapolis Fed President Neel Kashkari. In an essay following the June FOMC meeting, Kashkari, who is not a voting member on the FOMC this year, registered strong dissent. ‘I believe the FOMC should take strong action to reanchor inflation expectations at our 2% target and support strong job growth, higher wage growth, and sustained economic expansion,’ he wrote. ‘The best way I can think of to do that is for the committee to cut rates by 50 basis points and then commit to not raising rates until core inflation returns to our target on a sustained basis.’

Futures give a second rate cut in September a two-thirds chance on top of the expected July cut. But Powell is unlikely to go beyond his statement last month that the FOMC is ready to sustain the expansion, nor is he likely to abandon his claim that low inflation is resulting from transitory effects. This will discourage doves but will do little to change their minds that a July rate cut is in the offing.