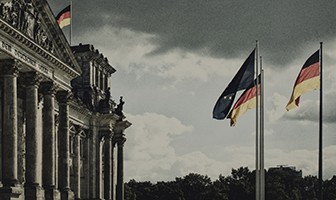 In the drawn-out annals of Franco-German wrangles over economic and monetary union, last week’s deal over top European posts, including the presidency of the European Central Bank, stands out as a landmark French triumph. President Emmanuel Macron has exploited Chancellor Angela Merkel’s political weakness by pushing through a solution that gives France strong levers of control over European money – and provides Germany with only scant rewards in return.

There are some constructive aspects. The nomination of Christine Lagarde, International Monetary Fund managing director, to succeed Mario Draghi on 1 November has been greeted by some in Germany as providing a much-needed boost to the ECB’s status.

A high-profile policy-maker with a brisk collegiate organisational style brings to Frankfurt a track record in handling crises. In contrast to Draghi, who has kept a low profile on the wider Frankfurt scene, Lagarde will install glamour and a touch of show business in the German financial capital. She will add to the city’s appeal to international financial firms after Britain’s departure from the European Union.

Other interpretations, for the Germans, are less positive. Officials point to the unbalanced nature of last week’s agreement. Lagarde’s appointment, scotching German hopes that the job would go to Bundesbank President Jens Weidmann, looks certain to go through the political approval process. The other important part of the deal, nomination as European Commission president of Ursula von der Leyen, the trouble-plagued German defence minister, is not secure, since she could fall victim to an increasingly strong-willed European Parliament.

Lagarde’s policy stance at the IMF, supporting both quantitative easing through ECB asset purchases and growth-boosting German fiscal activism, will now be enshrined and enhanced at the centre of European decision-making. The view from Frankfurt is that Lagarde will put on hold indefinitely much-heralded monetary ‘normalisation’. So there will be no end to ultra-easy policy and no interest rate rises to alleviate what German economists say are dangerous ECB-induced distortions in the financial system.

Furthermore, Draghi’s apparent collusion with Macron over the Lagarde selection, and both men’s recent public criticism of Weidmann, may revive perennial German qualms about Franco-Italian machinations undermining currency stability. Earlier in his presidency that began in 2011, Draghi attached considerable weight to German monetary sensitivities – warning at one stage of the danger of ‘losing the Germans geopolitically’ – but his rectitude has progressively waned.

At the ECB’s annual conference last month in Sintra, Portugal, Draghi caused a stir by saying European central bankers who had failed to communicate effectively the ECB’s easing polices had fuelled growth of populist parties. Quizzed afterwards by an irritated Weidmann, Draghi responded unconvincingly that his remarks were aimed at Klaas Knot, the sceptical Nederlandsche Bank president.

A mooted consolation prize for Weidmann – replacing Lagarde as IMF managing director – can be ruled out; leaders have agreed informally that the job should go to Mark Carney, Bank of England governor.

Von der Leyen’s approval could founder on resistance in the European Parliament (which votes on her selection next week) to the abandonment of the ‘lead candidate’ principle that the Commission chief should be one of the party leaders in the May European elections. Merkel risks being left empty-handed through possible failure to secure for Germany any senior European post.

Weidmann, who has shown impressive loyalty to the Bundesbank and to his former boss Merkel, was renewed in office for a second eight-year term this spring, but is now thought to be considering whether to serve out his full tenure. If he quit ahead of schedule, he would be the third successive Bundesbank chief to leave before expiry of his mandate, and the fourth out of the last six, starting with Karl Otto Pöhl’s spectacular resignation in 1991. Merkel’s setback over Weidmann – even though she never promised him the ECB job, his confidence of getting it grew in recent months – follows her failure to secure Axel Weber, his predecessor, as ECB president in 2011.

There is plenty of history behind last week’s outwitting of the German chancellor. In 1970 Otmar Emminger, the Bundesbank official in charge of international affairs who later became the central bank’s president, described a French campaign ‘to put shackles as quickly on possible on to what they see as our sinister German monetary policy. They don’t want Germany, with its superior stability policy, to dance out of line.’

Half a century later, the Bundesbank at last appears to be dancing to the French tune.