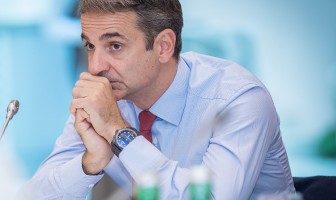 Almost exactly four years ago Greek Prime Minister Alexis Tsipras called a referendum encouraging voters to confront international creditors by rejecting the terms of a third bail-out, bringing Greece to the brink of leaving the euro and resulting in bank closures and the imposition of capital controls. In the intervening period he reversed his position, accepting creditors’ prescriptions for continued austerity measures, and endured domestic criticism when reaching agreement with the Republic of North Macedonia over its decades-long name dispute with Greece. On Sunday, Tsipras was voted out of office.

The victory of the centre-right pro-European Union New Democracy party and its leader Kyriakos Mitsotakis is significant in the European and global context. The party secured almost 40% of the vote and a comfortable parliamentary majority, contrasting with the trend that has seen moderates struggle to win elections and form majority governments. ND’s victory on a pro-EU agenda is another signal that Greek voters who witnessed the bloc’s worst economic crisis remain committed to the European project.

Mitsotakis inherits an economy that is growing (albeit sluggishly) and bond yields at all-time lows, a more favourable backdrop than any of his predecessors enjoyed after the 2008 financial crisis. But on three important economic fronts, he must take action to ensure Greece’s crisis is truly left in the past.

First is the banking sector. Greece has the highest level of non-performing loans in the euro area, with a ratio of more than 40% (around €85bn). A proposal for the reduction of non-performing exposures processed by the Hellenic Financial Stability Fund remains up for review with the European Commission’s Directorate-General for Competition. The new government will push for this proposal, as well as for a more ambitious proposal by the Bank of Greece on NPEs and deferred tax credits, according to a member of Mitsotakis’s new government.

Second is investment. Under Tsipras, privatisations and foreign investment were delayed, and at times discouraged by the government itself. Mitsotakis has promised to prioritise cutting of red tape and encourage foreign direct investment. He may face obstacles on the demand side. Greece has so far relied heavily on China as a source of FDI. But attitudes towards investment from Beijing are shifting.

Following the US’s lead, several EU countries are beginning to introduce or strengthen investment screening mechanisms implicitly targeting China. While Brussels has no authority over EU-wide rules in this sphere, the direction from whoever takes over from Margrethe Vestager as EU competition commissioner will be key. Mitsotakis’s success may rely on his ability to broaden sources of demand. Global public investors could be an option to serve the gap; Greece could prove attractive for return-seeking sovereign funds and public pension funds, which have assets under management of $24.3tn on latest OMFIF calculations and display rising risk appetite.

Third is Greece’s relations with its creditors and economic prospects. While the euro area crisis motivated a strengthening of crisis management capacities in economic and monetary union, including the creation of the European Stability Mechanism and the expansion of the European Central Bank’s toolbox, the architecture of EMU remains flawed. Plans to reform it encapsulated in the Franco-German Meseberg declaration have stalled. Mitsotakis’s leadership and role in that agenda will be important. Coming from a similar ideological background to German Chancellor Angela Merkel and French President Emmanuel Macron, as well as the potential incoming heads of the commission and ECB, Mitsotakis stands a better chance than Tsipras in finding common ground with peers.

Mitsotakis will have to overcome both internal and external challenges. Pushing a liberal agenda while leading and relying on his conservative colleagues will not be easy. Of crucial importance for Mitsotakis is whether Tsipras’s Syriza party decides, in opposition, whether to maintain a more moderate line or return to pre-2015 confrontation. Externally, Greece’s creditors sent a strong signal at the Eurogroup meeting of euro area finance ministers on Monday that they will be sticking to the stringent fiscal goals agreed with the previous government, leaving Mitsotakis little space to implement ambitious tax cuts. ESM President Klaus Regling said the 3.5% of GDP primary surplus target Greece has committed to is a ‘cornerstone of the programme’ and that it is ‘very hard to see how debt sustainability can be achieved without that’.

The worst may be over for Greece; the country has survived the world’s greatest peace-time reduction in GDP since the great depression with a peaceful transition of power from one party to another, seen the failure of the extremist Golden Dawn party to win seats in parliament, and is on the road to recovery. But there is still a lot to do, and the honeymoon for the new government may not last long.