Currency action is a distraction 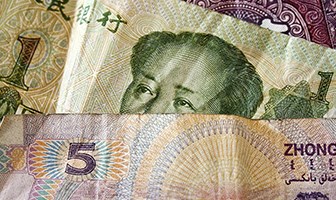 With President Donald Trump increasingly lambasting alleged harmful currency practices for the US trade deficit, attention has refocused on ‘countervailing currency intervention’ as a remedial action. Under this idea, proposed by Fred Bergsten and Joe Gagnon of the Peterson Institute for International Economics, the US would intervene in foreign exchange markets to push up the value of the relevant currency.

Fred and Joe have made countless invaluable contributions to our understanding of international economics. However, CCI suffers from fundamental political economy and operational challenges and is unworkable and undesirable.

Given Trump’s complaints that China manipulates its currency, the renminbi could be a prime example of CCI. Under this practice, Treasury would enter the foreign exchange market to buy renminbi.

It is misguided to argue China manipulates its currency. The country’s current account surplus is disappearing. It has not been intervening for years, except to prop up the renminbi, and the International Monetary Fund judges the renminbi as fairly valued.

Putting that to the side, CCI would probably not work. Just as Treasury could buy renminbi, the People’s Bank of China could offset US action, selling and printing renminbi. It can outgun easily the Treasury. The renminbi market is mainly China-based and dominated by large Chinese banks, with whom the PBoC has close ties.

Or imagine the Treasury tried to push up the euro’s value. Given the anaemic euro economy, low official rates and inflation undershooting, there are fundamental reasons for euro weakness. Regardless, trading in euro/dollar is deep and liquid. The Treasury’s CCI might not make a dent. The European Central Bank could sterilise any impact.

CCI would be based on a unilateral US determination. While unilateralism should not be disqualifying per se, a sound case is needed. Given Washington’s spurious manipulation allegations and weak dollar preferences, there is reason to worry the judgment might not be sensible.

Undoubtedly, the US current account deficit is attributable partly to harmful currency practices. The dollar’s function as reserve currency plays a role. But this deficit is also homemade. US macro policy can hardly be viewed as ideal, particularly the country’s large fiscal dissaving.

CCI, in fostering the impression that the ‘excessiveness’ of the current account deficit – that portion not structurally rooted – is due to foreigners’ foreign exchange practices, may well distract attention from solving ‘Made in America’ problems.

The prospect of US authorities at loggerheads with major foreign central banks, such as the PBoC or the ECB, could fuel intense financial instability. One need not look further than the October 1987 stock market crash. While that crash reflected a host of factors, public tensions between the US and Germany over currency and trade issues were a clear contributor.

CCI would give rise to operational challenges. The Federal Reserve and Treasury have identical foreign exchange portfolios and investments. They operate 50/50. The US administration could decide to use the Exchange Stabilisation Fund unilaterally to undertake CCI. The Fed would decide independently and might be unwilling to partake. If Treasury went forward without the Fed, it would foster an impression of divisions between the two institutions. While the Fed can print unlimited dollars in theory, the ESF’s balance sheet is limited.

It is not clear how CCI would work mechanically. It remains to be seen whether CCI would be undertaken in response to perceptions about an inappropriate bilateral US dollar/currency X exchange rate, or X’s multilateral equilibrium rate.

If the US launched CCI against currency X, one question is how far it would chase the rate. This could be until the currency reached a perceived equilibrium, or simply as a warning shot. And the equilibrium bilateral exchange rate needs to be defined. The Rmb/$ equilibrium bilateral rate, for example, could depend on a targeted bilateral balance of zero, or several hundred billion dollars.

If CCI’s target was Association of Southeast Asian Nations surplus countries rather than the renminbi or euro, perhaps the US would have more leverage. But whether the Treasury really wishes to hold Thai baht and Vietnamese dong on its books is debatable. So is how much of the ‘excess’ of the US current account deficit can be attributed to these countries.

CCI is an elegant idea in theory. But it faces hefty real-world challenges.

This is the first in a series of two articles on President Trump’s policies on the dollar. Part two is available here.