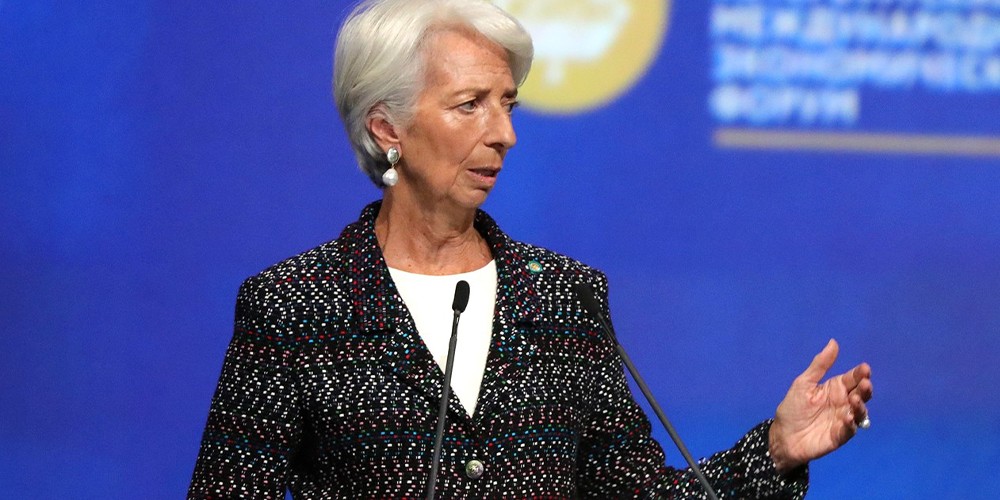 I first met Christine Lagarde in 2008 when she was French finance minister. I represented the US on the International Monetary Fund board at a time when she was the managing director.

Lagarde’s nomination to the European Central Bank’s presidency has rightfully generated much positive commentary. But a chorus of doubters and negativism has also emerged – another French head will alienate the frugal German men and women on the street, even if Chancellor Angela Merkel backed her; Lagarde is not a PhD economist; she has never served in a central bank.

Ignore the negativism. It misses the mark. The critique isn’t ready for prime time and it won’t be.

What is a successful recipe for a central bank head these days? Relevant experience is one key. No, Lagarde has not worked in a central bank. But she has been a finance minister and head of the IMF for eight years. She been involved in all the key monetary policy discussions of the last decade. Having had to fight the global financial crisis first-hand as French finance minister, she is well familiar with financial stability and regulatory issues. Even if the Fund isn’t a central bank or a true lender of last resort, the ‘M’ in IMF stands for ‘monetary’.

Sound economic views are another. Europe’s economy is anaemic. Inflation is persistently low and undershooting its target. Indeed, the euro area may hit its next shock with an official deposit rate already in negative terrain. Europe needs lots of things – structural reforms, fiscal support in some countries where space exists and rectitude elsewhere, and it needs monetary policy accommodation.

Only the latter is in the ECB’s remit. While some in Europe may argue for less accommodation and inveigh against negative rates and quantitative easing, Lagarde can be expected to support vigorous continued data-dependent accommodation well into the future. She will likely follow in Mario Draghi’s footsteps on this front.

She also very well may politely chide Germany for its massive surpluses and over-saving. No doubt, she’ll also correctly tell Italy to pursue sensible fiscal policies aimed at bringing down its debt to GDP ratio – after all, the IMF is said to stand for ‘It’s Mostly Fiscal’ and to be an advocate for European structural reform. She may push the euro area to create a centralised fiscal capacity and perfect the banking union. This is the right orientation.

Central banking is increasingly about communication with markets. Lagarde is universally seen as an effective and highly skilled communicator. While taking on the ECB press corps may be more challenging than her experiences to date, she will be well prepared for the challenge and have a good media team around her.

The head of an organisation should be a good manager. Though this skill is often disregarded in institutions, that is not an issue here. In my experience, Lagarde runs a tight ship, including disciplined meetings that begin punctually and with an expectation that everybody pays attention. When she chaired IMF board meetings, I always made sure fearfully to show up at least two minutes in advance lest I be late. I didn’t follow that practice for the deputy managing directors. Of course, that didn’t spare me from an occasional salvo to put down my BlackBerry or an admonition to finish my presentation.

At the Fund, she chose her leadership team well and with care. The ECB is an excellent organisation with first-rate intellectual talent. To those concerned she is not a monetary policy guru of the likes of former Federal Reserve Chair Ben Bernanke – and you can count such gurus on less than the five fingers on your hand in any case – but she will be able to tap into the tremendous expertise of the ECB and the Eurosystem more generally. At the IMF, she was quite effective at drawing on the strong skills of staff.

The head must be politically savvy and a good diplomat. She has attended all the G20 finance ministers’ and leaders’ gatherings for years and travelled the globe as a tireless ambassador for the IMF. Her work and unparalleled energy only burnished the Fund’s global standing. In short, this quality needs no discussion – she is outstanding on these fronts.

Oh yes. How could I forget? Not every PhD monetary policy economist necessarily has brilliant or practical thoughts to offer, and I’ve even seen some central bank governors raise interest rates just when a recession was brewing.