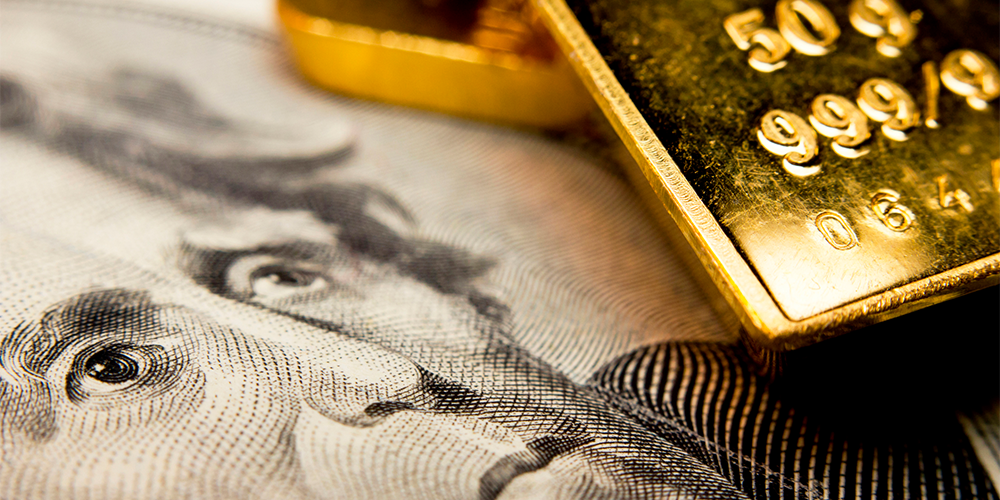 The International Monetary Fund’s Currency Composition of Foreign Exchange Reserves data for the third quarter of 2022 has revealed another drop in global foreign exchange reserves. The headline number declined by around $500bn in the quarter, taking the cumulative decline to almost $1.5tn since Q3 2021. It is important to note that during the third quarter the dollar appreciated by around 5% on a trade-weighted basis. Since non-dollar reserves are converted to a dollar value for the purpose of the IMF report, that would have been a substantial headwind.

Last year was truly unusual because Russian reserves were frozen as a result of sanctions announced in response to the invasion of Ukraine. A weaponised dollar has long been a topic of discussion for reserve managers, but the sanctions announced in March 2022 were noteworthy because the weaponisation involved the dollar, euro, sterling, yen and Canadian dollar.

The dollar weight in foreign exchange reserves has fallen to around 60% in the latest data from 71% at the turn of the century (there was a tiny rise in the latest data, helped by the valuation effect). This decline reflects portfolio diversification decisions by a wide range of central banks. IMF data highlight that much of the shift away from the dollar in recent years has been into currencies that were previously considered to have insufficient scale and liquidity to qualify as candidates for international reserves.

However, it is not just the new currencies that are growing. Sterling’s role appears to have not only survived the UK’s departure from the European Union but has actually grown modestly. The Japanese yen has also grown, and the Swiss franc has maintained a small but stable presence. It seems as though currencies do not disappear from this list. In a more fractured global political environment, and a world in which a higher value might be placed on local trade relationships, a greater number of reserve currency options for central banks appears to be welcome. Weaponisation of finance did not trigger this trend for diversification into smaller currencies, but it might now help that trend continue.

But the situation is complex. The weight of China in global trade should lend support to further growth in the weight of the renminbi, but we may discover that the multinational sanctions placed on Russia in 2022 force a rethink on which currencies are safe havens. The renminbi may have benefitted from an anti-dollar vote in recent years (especially as the Central Bank of Russia switched out of dollars) but the sanctions placed on Russia may prompt a pause, and consideration of what a further deterioration in China-US relations might entail for holders of renminbi assets. In the future we may talk less about global trends, and more about the individual national appetite for currency diversification.

Weaponisation of finance may also support the argument for gold. The World Gold Council reported that gold purchases by central banks in 2022 were the highest for 50 years – a trend highlighted by OMFIF in 2016. No doubt the spike in global inflation rates helped the buying trend in 2022, but the biggest (undeclared) buyers were probably Russia and China. The largest named buyer in 2022 was Turkey, a Nato nation with a complex relationship with the US friendship circle. The other large named buyers in 2022 were Uzbekistan, India, Qatar and Egypt – all nations which abstained on the vote to expel Russia from the United Nations Human Rights Council in April last year. It seems clear that politically inspired buying of gold was a factor in 2022.

It is also worth noting that the trend for gold to be repatriated and stored in vaults in the home nation is a politically defensive action that has financial consequences in addition to the obvious transport, security and storage costs. ‘Home gold’ might be safe from seizure or freeze, but it is not as useful as gold that is stored at the Federal Reserve or the Bank of England because it will be more difficult to use for repurchase and swap operations. Furthermore, a nation under sanction will find that it cannot use the US centric global financial system to process gold sale proceeds. Gold stored in a national vault may consequently be worth less than gold stored at the Bank of England or New York Fed.

Central bank foreign exchange reserves are high-profile, state-owned investments. It should not be surprising that in a more fractured geopolitical world, many nations will reassess how these assets are managed. The discussion of global trends (for example, into or out of the dollar) may become less relevant as individual national choices are aligned with nations which are political and economic partners. Weaponisation of finance will give impetus to the continued development of a more multi-polar international monetary system, and for further currency diversification in central bank reserves holdings.