Fed’s focus must be the US, not global economic stresses 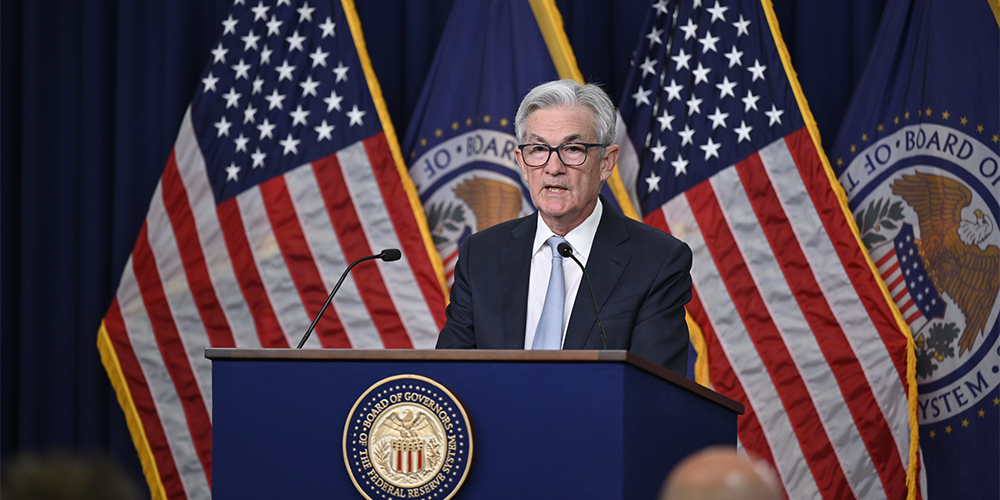 Powell has it right – the Fed has a job at home

Questions are increasingly being raised about whether the Federal Reserve should be kinder and gentler in its rate-hiking campaign, taking into account the strains from higher dollar borrowing costs and a surging dollar on foreign economies. The answer is no – the Fed’s job is at home.

Chair Jerome Powell routinely responds to these questions by confirming that the Fed is in close contact with foreign central banks and that the best contribution the US can make to global health is to vanquish inflation and achieve price stability.

US economic and financial developments clearly impact the rest of the world. But the emphasis on the ramifications of US monetary policy for other countries largely misses the mark.

The Fed has long focused on how foreign economic and financial developments impact the functioning of the US economy and the Fed’s ability to achieve its dual mandate, let alone US financial stability. Given this mandate, the Fed’s focus must be on the US, not on how the US impacts others.

The US is a largely closed economy and in general the impact of international influences on the US economy and the Fed’s reaction function is still relatively minor. That said, the Fed is hardly unaware of and insensitive to foreign developments. The Fed has an extremely talented international finance team. Its staff and leadership see their counterparts non-stop in Basel and at G7 and G20 gatherings.

Foreign developments have been organically playing a greater role in the Fed’s reaction function in recent decades. Given the dollar’s dominant global position, that overseas financial ructions can disrupt the US and the enormous worldwide role of US banks and capital markets, the Fed ended up acting as the global lender of last resort in the 2008 financial crisis and the Covid-19 pandemic – a role it assumes reluctantly in extremis. Nor are the transmission channels just financial. As the US share of the global economy has eased, foreign developments such as the euro crisis in 2012 and China’s slowdown in 2015 have affected Fed policies through real economy channels.

Obviously, country economic and financial developments have much to do with the concerned land. If US and foreign rates rise due to stronger US growth, the beneficial effects of US growth can easily outweigh higher financing costs.

Nations also have tools to provide some insulation from US spillovers. Monetary and fiscal policy settings can be adjusted. Foreign exchange intervention and capital flow measures can be used, though they shouldn’t substitute warranted macroeconomic policy adjustments. Many emerging markets and developing economies moved pre-emptively ahead of the Fed to raise official interest rates and limit exchange rate depreciation over the last year. During the past decade, key potentially systemic emerging markets – especially in Asia and Latin America – improved macroeconomic management, built up reserves, developed local currency bond markets and/or allowed far greater currency flexibility.

One would be hard pressed to think of two countries more heavily impacted by the US economy than Mexico and Canada. Yet, both seek – with some success – to cushion themselves from US economic and financial developments by adjusting their macro policies and allowing currency flexibility. The peso is up over 4% versus the dollar this year while the Canadian dollar is down 7%; the euro is down 14%.

For countries facing potential liquidity stresses, a global financial safety net exists, even if highly imperfect and patchy. Again, in extremis, the Fed will reluctantly play a global lender of last resort role. In addition to extending swap lines to major advanced economy central banks housing financial institutions accounting for the bulk of the dollar’s global network, the Fed has provided swap lines to select EMs during crises. Many arguments are put forward on whether the Fed should consider extending more EM swap lines. The International Monetary Fund can offer precautionary facilities – now including a swap facility – and programme support. Regional financial arrangements – such as the Chiang Mai Initiative, European Stability Mechanism, Fondo Latinoamericano de Reservas and Arab Monetary Fund – can also be tapped and many countries are able to fall back on their own reserves.

Many EMDEs, though, face problems often largely of their own making, are neither systemic nor deeply integrated into global financial markets and hardly innocent bystanders of a global financial cycle.