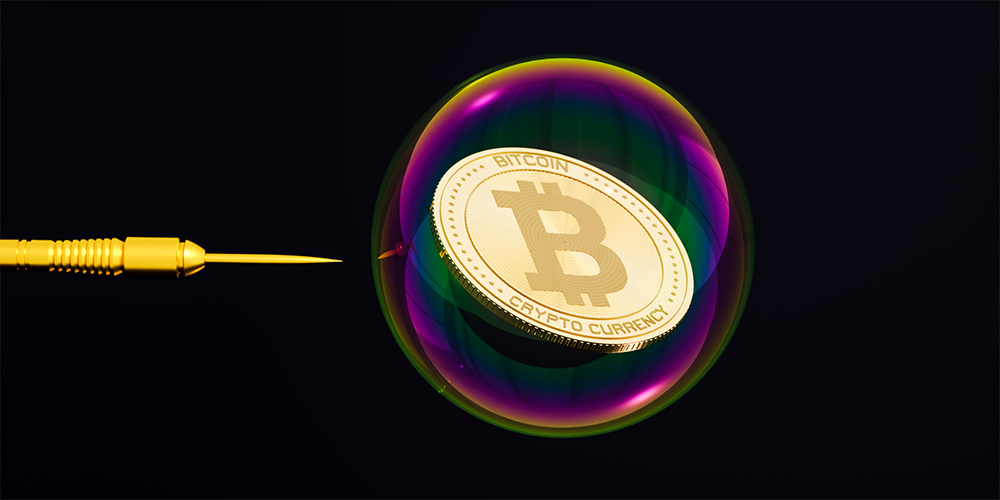 The collapse in cryptocurrency values over the past few months has been extremely painful for investors, but while many market participants are licking their wounds, others are taking a positive view of the shakeout.

Du Jun, co-founder of Huobi — a Singapore-based cryptoasset trading platform founded in 2013 — believes that the collapse in the value of cryptocurrencies, triggered by the failure of the algorithmic stablecoin Terra, will make the market stronger in the long term.

In late May, a wave of withdrawals taxed Terra’s ability to maintain its peg and investors lost confidence and streamed for the exits, causing an old-fashioned bank run. To defend its peg with the dollar, Terra began selling bitcoin to raise the money to make good on their obligations to redeeming investors. The selling began to push down cryptocurrency values so precipitously that major institutional players suffered margin calls and the forced liquidation of their collateral.

Overall, the cryptocurrency market cap bottomed out at around $815bn, down from the $2.1tn of just three months earlier. It has barely recovered, hovering around $920bn in early July.

At an OMFIF Wealth Strategy Institute event, Du Jun said that the collapse would have two consequences. ‘First, regulators are paying more attention and are going to implement stricter regulations,’ he said.

Indeed, there are already indications that regulators are hardening their stances. The Monetary Authority of Singapore is implementing a new licensing process for crypto business, which Chief Fintech Officer Sopnendu Mohanty called ‘painfully slow’ and ‘extremely draconian’.

A bill proposed in the US Senate by Senators Cynthia Lummis and Kirsten Gillibrand in late May would do a great deal to mitigate the threats posed by less well-designed digital assets.

Du Jun believed that investors as well as regulators will take the risks of the cryptocurrency market more seriously, thinking that the crash would discourage recklessness. ‘As other players start to come in, they’ll be more cautious. That’s a good thing for the market. Stricter regulations and less blind trust in tokens will enable more cautious investments in the future.’

With the risks of investing in the nascent cryptocurrency asset class thrown into sharp relief, Du Jun offered some guidance to those considering taking a position. Despite being keen to see the digital asset ecosystem grow, Du Jun warned investors against overallocating to digital assets, suggesting that 5%-10% of a portfolio is an appropriate level of exposure to such a risky asset class.

He pointed out that there are established frameworks for valuing equities — price to earnings ratio, price to book ratio and so on — that can guide investors to an assessment of value. ‘Bitcoin and Ethereum are mature assets and have indicators like this,’ he said. ‘But for newer digital assets, the average investor can’t rely on indicators of value, so they shouldn’t be a core part of their portfolio.’

Therefore, for new investors, he recommended sticking to relatively established and proven assets including bitcoin and Ethereum. While the potential for growth is lower, they are stable in comparison to newer cryptocurrencies.

But for those looking to venture beyond the big two, Du Jun had three key recommendations. The first was to treat the assessment of a cryptocurrency in a similar way to the evaluation of equities by venture capitalists. ‘First, we look at whether the team is reliable,’ he said. ‘Are they successful serial entrepreneurs? Do they have a viable business model? What is their track record, educational and technical background?’

He also highlighted that it is important to examine the way the project’s token is distributed, since the supply of cryptocurrency tokens may be controlled by the founding team, which adds a layer of concentration risk and possible moral hazard.

Du Jun also warned that the performance of the token is not the only risk to which cryptocurrency investors are exposed. The security of the trading platform is also relevant to the risk profile of an investment in the world of cryptocurrency where hacks and exploitations frequently cause investors to lose their money.