Biden will have to get creative on climate goals 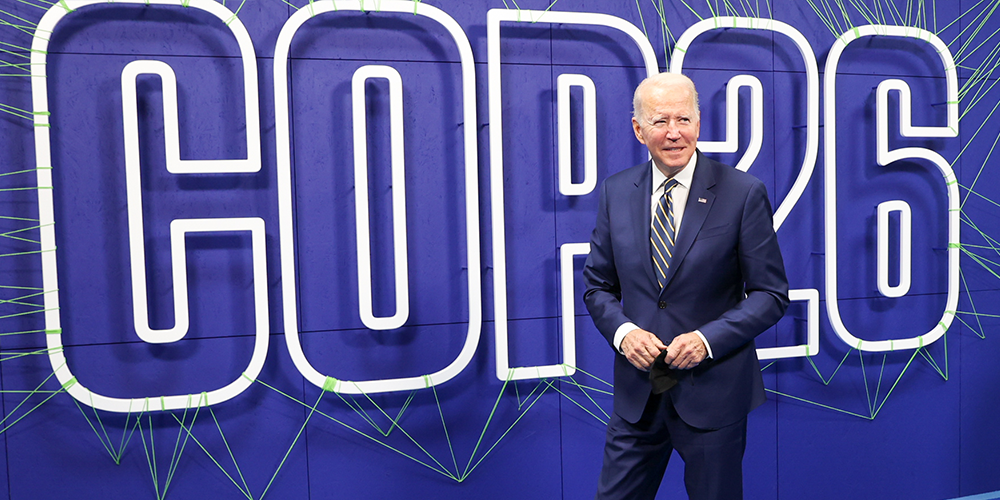 In its 30 June ruling, the US Supreme Court restricted the Environmental Protection Agency’s ability to limit greenhouse gas emissions. The 6-3 verdict, coming from the second-highest greenhouse gas emitter in the world, has global implications for climate goals.

The decision invoked the ‘major questions’ legal doctrine, which requires Congressional authorisation before regulators can take actions on important issues with societal impact. Chief Justice John Roberts stated that the EPA fell under the doctrine due to its ‘unprecedented’ attempts to transition US power generation to renewable sources.

The US under President Joe Biden likes to think of itself as world-leading in climate change mitigation efforts. But what impact will this ruling have on US climate ambitions?

A key question is whether this verdict will undermine the Securities and Exchange Commission’s draft rule, proposed in March, that would require US-listed companies to disclose their climate-related risks and emissions. This proposal was a major step towards improving the transparency and consistency of climate reporting. While Roberts claimed the Supreme Court intends the major decisions doctrine to apply only in extraordinary cases, it’s hard to believe that the Biden administration will not face more challenges.

The ruling could also lead to a rise in US coal use. Coal has been used less and less in recent years as plants have been retired in favour of cheaper liquified natural gas and renewable energy sources. In April, US wind and solar energy hit the key benchmark of 20% of electricity generation. However, if coal restrictions are seen to be softer following this verdict, it could lead to a spike in plants being recommissioned to cope with the demands of the energy crisis.

Biden’s climate credentials have already been dented in the wake of Russia’s invasion of Ukraine. In an attempt to help Europe wean itself off Russian gas, his administration has sought to expand exports of LNG. This has attracted widespread criticism and concern for net zero goals, which will undoubtedly be set back by increased demand for gas. In a video message to the Austrian world summit meeting in June, UN Secretary General António Guterres declared that spending money on coal, oil and gas a result of the war in Ukraine is ‘delusional’.

For a country that is currently experiencing severe droughts across its western states, with Texas reporting 17 triple-digit-degree days in June alone, the Supreme Court’s intervention in climate efforts is worrying. The US is both one of the highest contributors to climate change and one of the countries most vulnerable to the impact of wildfires, hurricanes and other natural disasters.

The court’s decision will force the Biden administration to take a different approach to climate goals. One route could be through legislation, but this is unlikely given partisan divides. The administration is going to have to get creative to prevent this ruling from derailing its climate efforts. Biden said: ‘While this decision risks damaging our nation’s ability to keep our air clean and combat climate change, I will not relent in using my lawful authorities to protect public health and tackle the climate crisis.’

Those in favour of the Supreme Court’s ruling have praised the return of the power to make important decisions to Congress, instead of unelected bureaucrats. The irony is that this extremely important decision was made by a court of unelected officials, three of whom were appointed by a president that lost the popular vote and made withdrawal from the Paris agreement one of his earliest acts.

In the wake of a slew of controversial and dangerous decisions in recent weeks, the influence of Donald Trump on the Supreme Court is plain to see. The pivot towards conservatism has marked out the Supreme Court as a potential opponent of the global fight against climate change and Biden’s election promises. If the US is to lead the world on climate change, Biden is going to have to think outside the box.