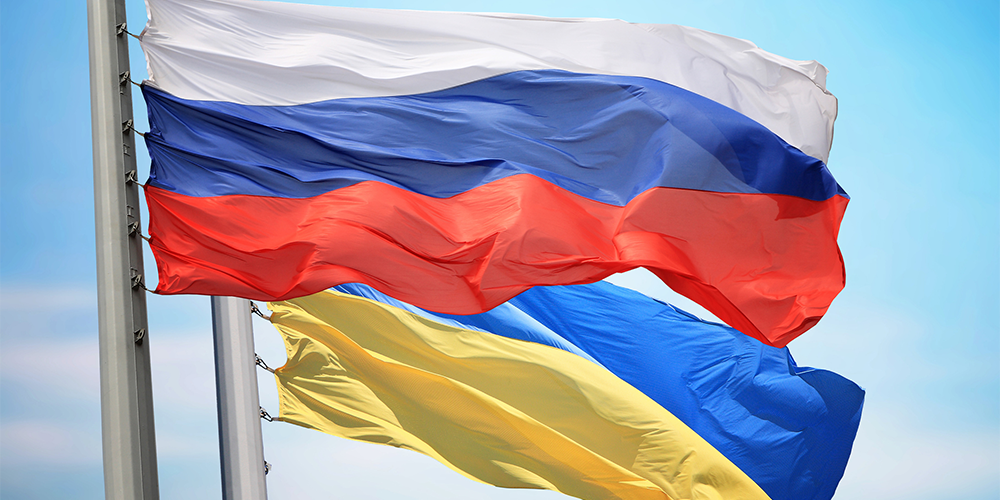 As the diplomatic world ponders how best to prevent conflict between Russia and Ukraine, central bankers seem oblivious to the potential threat. Even Balkan and central and eastern European central banks merely list it as one of many forecast risks. If war does break out, foreign trade may not suffer much, as was seen in the aftermath of the annexation of Crimea, with the exception of the energy market. The shock to currency markets could be much more profound.

Any war between Russia and Ukraine will rock the exchange rates of neighbouring countries, weakening currencies across the region, especially with respect to the dollar and, to a lesser extent, the euro. This would come as central European and Balkan monetary authorities are hiking interest rates, trying to keep inflation on target in overheated economies. These authorities see an added benefit of this hiking in exchange rate strengthening, from widening interest rate differentials, as it limits import price pressures. Even the Polish central bank, usually more prone to intervening against the zloty, now tends to note in its communications that strengthening is quite desirable.

The shock of war would change all that. Central banks would be faced with a textbook case of necessary intervention to prop up their currencies. If central banks decide to intervene, success depends on two factors: the relative size of currency reserves and potential current account developments. In the particular case of the looming Russia-Ukraine conflict, special thought must also be paid to the ability of economies to secure their energy needs and the current account considerations that entails.

At the end of 2021, Czech foreign reserves sat at 61% of gross domestic product, decreasing from the record level of 71% of GDP after four years of intervening against the koruna. Despite this, it still stands out from three other major economies in the region which boast their own currencies and independent monetary policy. Czechia is, in fact, in the top ten economies in the world in terms of foreign exchange reserves to GDP.

The foreign reserves of Hungary stand at 18% of GDP, down from their record high during the first half of 2021. Polish foreign reserves are a bit higher at 22% of GDP, one of the largest reserves Poland has enjoyed since the fall of communism. Romania is in a more perilous state, with the lowest reserves of the four economies at 16% of GDP. This does, at least, represent a strengthening of its position, having increased reserves by two percentage points of GDP from the end of 2019.

The Czech and Polish economies enjoy healthy current account surpluses, between 3%-4% of GDP. That puts them in a relatively safe position if the outbreak of war caused foreign trade disruptions. The Hungarian current account is roughly balanced, while the Romanian position is more vulnerable with the yearly deficit coming in at around 5%.

The need to secure energy to power the economy does change this picture. Poland can satisfy its energy needs through North Sea ports, while Czechia built a pipeline from Ingolstadt in Germany in the 90s, though any conflict would push price of fossil fuels much higher. Hungary has a long-term fixed price gas contract with Russia. Still, its enforceability in times of conflict might prove difficult. Romania possesses its own significant oil and gas sources. It produces around one-third of the oil and four-fifths of the gas it consumes, and can rely on seaborne trade for the rest. Having such natural resources, as well as accrued stocks at its refineries, could benefit Romania if there is a descent into war.

If conflict between Russia and Ukraine erupts, a significant exchange rate shock would result, along with central European and Balkan economies suffering from negative consequences to their energy supplies. The central banks of those countries, already actively trying to contain inflationary pressures, are likely to find their jobs complicated by weakening exchange rates. In such a case, they can justifiably resort to exchange rate interventions. The Czech National Bank, with its sizeable currency reserves, could act credibly and significantly, as could the National Bank of Poland. However, the Magyar Nemzeti Bank and National Bank of Romania would find such action much more difficult.