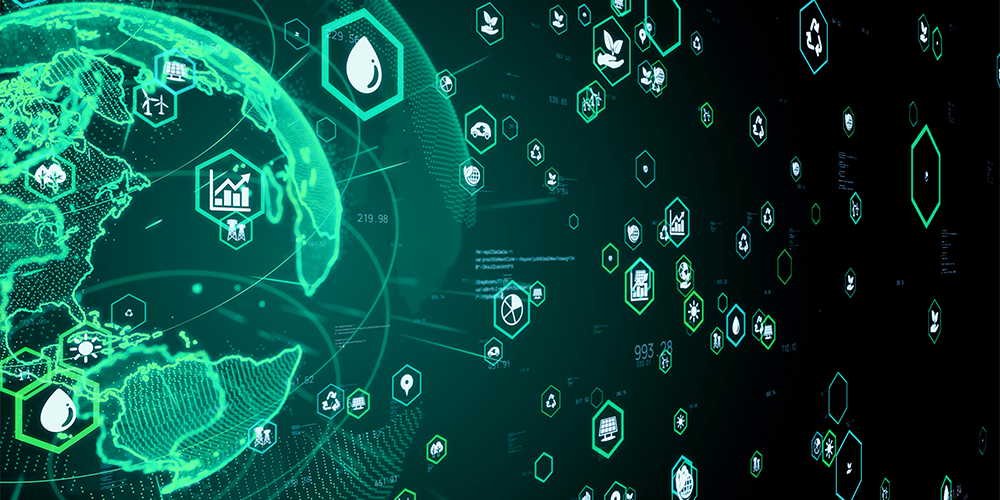 In the face of the radical uncertainty posed by climate change, improving climate-related data disclosures for both public and private market actors is a foundational element of the net zero agenda. More robust data can reduce information asymmetries, thereby improving pricing mechanisms and leading to improved market efficiency.

But this is no easy task. There is broad recognition that the current backward-looking risk assessment methodologies, relying too heavily on historical data and stochastic modelling, will almost certainly underestimate potential future losses incurred by climate change. But forward-looking methodologies are far more complex. A lack of robust data, exacerbated by scarce experience on climate-related disclosures, has made establishing quantitative targets extremely difficult.

When it comes to implementing climate-related disclosure requirements, central banks find themselves at an impasse. Given the present data gaps and variable capacities of central banks, moving too quickly to require disclosures could be misleading; at the same time, the longer it takes to develop robust regulations, the greater the risk of further jurisdictional fragmentation. This struggle reflects a broader issue of central banks’ uncertainty as to where they fit into the net zero transition.

On 13 January, OMFIF’s Sustainable Policy Institute hosted the panel discussion ‘Advancing forward-looking data to achieve net zero’ in collaboration with the subgroup on climate-related disclosures of the Network for Greening the Financial System. Founded by the Banque de France in 2017 as a coalition of seven willing central banks, membership now totals 105 central banks and financial supervisors which collectively represent over 85% of global greenhouse gas emissions.

The roundtable began with a presentation by Marcus Mølbak Ingholt, lead climate economist at the Danmarks Nationalbank and co-chair of the latest NGFS workstream on climate-related disclosure guidelines for central banks. It was followed by a panel discussion featuring Ángel Estrada, director general of financial stability, regulation and resolution at the Banco de España, and Theodora Antonakaki, director, climate change and sustainability centre at the Bank of Greece.

Ingholt outlined the three core elements of the NGFS climate-related disclosures — governance, strategy and risk management — and the subsequent recommendations. The guidance runs parallel to the recommendations and supporting recommended disclosures of the Task Force on Climate-Related Financial Disclosures. The TCFD proposals, intended to guide public companies and financial corporates to disclose climate-related ‘risk and opportunities’, are due to come into force in the UK this year (New Zealand, Switzerland and China have also announced TCFD-aligned disclosures). They will require the disclosure of climate-related metrics, targets and transition plans across the three core elements. Implementation will occur over several years.

So far, central banks have lagged behind in the sustainability transition, even among their institutional peers. OMFIF’s 2021 Global Public Investor survey found that only 50% of central banks implement any ESG considerations into their portfolios and strategies, compared to 100% of surveyed pension funds. Over 90% of surveyed sovereign funds implement some ESG standards. Moreover, only about 10% of surveyed central banks have incorporated ESG integration into their risk analyses — one of the most basic ESG measures — in comparison to 90% of pension funds and 50% of sovereign funds. The number of central banks incorporating ESG considerations has increased over the past few years, indicative of a positive trend, but there is still a long way to go.

Due to their desire to maintain market neutrality, central banks have historically much preferred soft instruments, like improved transparency and disclosure requirements, to more interventionist measures. So-called ‘crude’ instruments, such as direct capital regulation, are left to financial regulators and governments. But while they can hardly facilitate global decarbonisation on their own, there are more measures that central banks can take. This can come in the form of greening monetary policy considerations, excluding fossil fuels from asset purchases, more precautionary modelling and stress testing as well as research and advocacy.

The NGFS is ramping up its efforts to bridge data gaps, develop better stress-testing models, ensure greener governance and scale up green finance. Yet, in its 2021 Central Banking Scorecard, Green Central Banking, a think tank, found that none of the world’s central banks ‘are responding in any meaningful way to the radical uncertainty climate and ecological crisis brings’. The top score was just 52 out of 100, awarded to France for its responsible investment charter. While much of the regulation and implementation of climate-related measures must fall on governments, central banks can and should do more.

The increasingly urgent climate crisis will require further co-operation between market actors, governments, regulators and central banks. Though they may not be the headline characters of the net zero agenda, central banks must start playing a stronger supporting role.