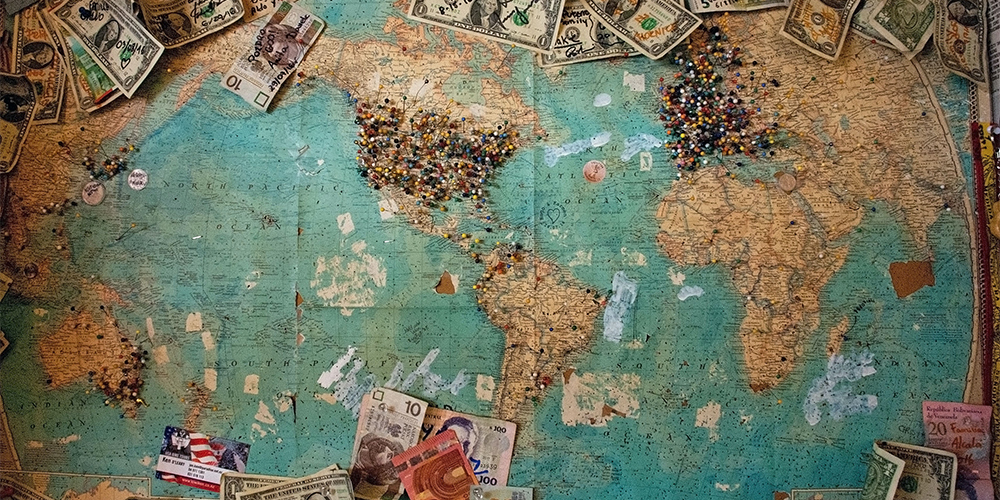 Focus must be on currency, commodities and catastrophes

Every three years, for the past six decades, governments of advanced economies get together to donate tens of billions of their taxpayers’ dollars to the International Development Association — the arm of the World Bank Group that lends to the poorest countries. By most evaluations, the money is put to good use. It has helped pay for schools, hospitals, roads and other infrastructure without which economic development cannot happen. Currently at $25bn dollars a year — almost $500bn since the IDA’s creation — the flow of financing is significant. And the terms of the loans are unbeatably soft, with interest rates that are close to zero and with up to forty years to repay them. In fact, some of the funding is given as outright grants.

In early December, donors will gather again to ‘replenish’ the IDA for the 20th time. Their rallying cry is to build a greener, more resilient, and more inclusive future — very fitting for the post-pandemic world. So, they should be generous. But they should also seize the moment and build a better IDA too. They should urge it to offer a broader financial menu to its borrowers, one more compatible with their volatile realities. On that menu there should be solutions to the three risks that most frequently derail development: currency, commodities and catastrophes.

For all their merit, IDA loans have to be repaid in dollars, a currency that is scarce in underdeveloped economies almost by definition. This saddles their governments with a mismatch: they borrow in a currency they cannot easily access when is time to settle the debt. Too often this practice has led to devaluations, financial crises and, after much unnecessary human suffering, debt relief. Not for nothing economists dubbed the predicament ‘the original sin’ of public finance.

The old thinking is that there is no way to redeem that sin in low-income countries. There are not enough financiers willing to deliver dollars in the future for a pre-agreed amount of local currency. And IDA cannot find enough counterparties to swap dollar-denominated loans for local-currency ones. In other words, nobody wants to carry the currency risk.

That is no longer true. With a mix of capital from public agencies and impact investors, the Currency Exchange Fund, a dedicated fund based in Amsterdam, has shown that currency risk can be hedged even in frontier markets — at a reasonable price and with a decent return. Borrowers then face debt repayments that are predictable in their own currency.

The second item that should feature in a new IDA menu is commodity hedges. According to the United Nations Conference on Trade and Development, 85% of the least developed countries — the IDA’s core clientele — are commodity dependent. That means 60% or more of their merchandise exports are items like oil, copper or cacao. When the prices of those exports fall, capacity to service external debt falls.

It is in the IDA’s own financial interest to help governments protect themselves against the volatility of commodity prices. It should mediate between them and the international markets — politically, legally or operationally, public officials are unable to buy future contracts directly from private sellers. It could even use its grant program to pay for part of the hedges’ cost. None of this would be a radical innovation for the World Bank Group. The International Bank for Reconstruction and Development — the part of the Group catering to middle-income clients — has provided commodity hedges before. Morocco, Tunisia and Uruguay are cases in point. It is time to extend the same service to poor countries. They need it the most.

Finally, nothing stunts development — and increases poverty — like natural disasters. Droughts, earthquakes, floods, hurricanes and, obviously, pandemics not only destroy lives and infrastructure, but they also divert public resources away from long-term investment in human and physical capital. As soon as catastrophes hit, projects are put off or scrapped. It is the sad and recurrent fate of many a developing country, a fate bound to worsen with climate change. It does not have to be like that. The IDA could intermediate insurance against geological, meteorological and epidemiological risk between governments and international investors. IBRD has done it for places like Colombia, Mexico and the Philippines. The insurance, which usually takes the form of a catastrophe bond, pays out a fixed amount when disaster strikes — and the urgency of rescue and recovery sends ministers of finance scrambling for cash. The coverage is not free and the IDA’s donors may have to bear the expense. But it would be money well spent.

Will an IDA that goes beyond loans and helps its clients deal with risk be very different? Will the new menu be difficult for its donors to approve? Probably not. The IDA embraced major changes in the past, from forgiving all its loans in 2005 to issuing its own bonds in 2018. If there was ever another moment for change, it is now.

Marcelo Giugale is Adjunct Professor at Georgetown University and former Director of Financial Advisory and Banking at the World Bank.