Congress must get its act together amid fiscal mayhem 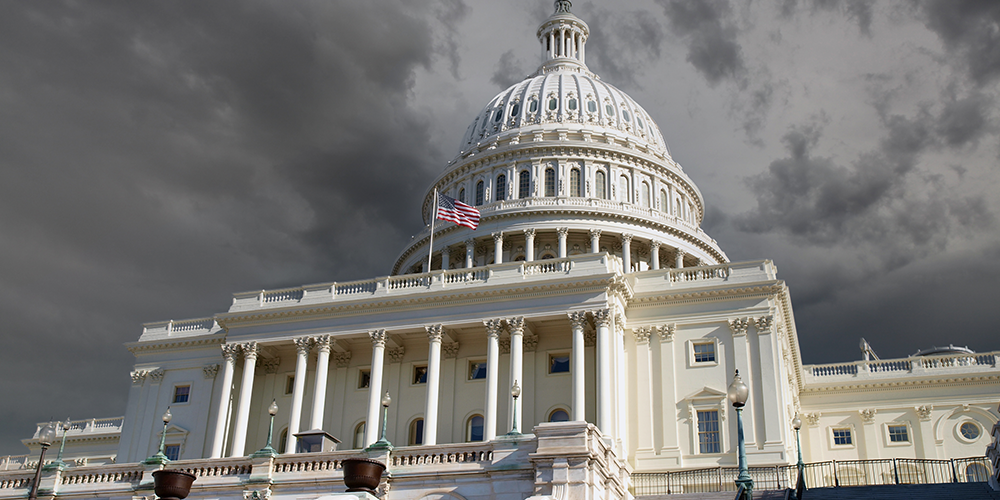 Rest of the world is watching US chaos with apprehension

‘America is back,’ President Joe Biden’s administration has repeatedly told the world. This declaration that the US will be a multilateralist global leader is a vast improvement on the last few years. But for a country to lead and project power abroad, it must have good economic dynamism – something the US has habitually achieved – and it must have its act together.

Let’s put to the side Donald Trump’s administration, the ‘Make America Great Again’ campaign, the storming of the Capitol on 6 January 2021, Afghanistan, the fall-out in France over the Aukus submarine deal and numerous opinion pieces in newspapers all over the world about the strange death of American democracy.

Take a look at US fiscal policy. Does the US have its act together? Over the next month, the US may face fiscal Armageddon or perhaps a Nascar race pile-up.

Congress is responsible for putting a budget on the president’s desk. But Congress is almost always unable to do so. The end of the fiscal year falls on 30 September. Confronted by a deadline without legislation to finance government, Congress typically passes a continuing resolution at the last second, allowing status quo financing to continue for a defined period. It just did so, allowing the government to keep running through to 3 December 2021.

But there are times when Congress doesn’t do this and the government shuts down, though essential functions and payments continue. At other times, following a continuing resolution and into the new fiscal year, Congress passes a massive budget in the dark of night, stuffed with lobbyist goodies.

There is no responsibility more basic and fundamental for a Congress than to pass timely budget bills to enable government to function. Yet, the US Congress often fails this test, last doing so in 1997.

This failure is outdone by the debt ceiling debate. Because the US racks up deficits, the debt ceiling – a relic of historical circumstance – approaches. Congress must lift it to let the Treasury borrow and pay the bills Congress orders. The Treasury scrambles to bide time through various accounting manoeuvres as the ceiling nears. But the game is likely to be up on 18 October.

At present, the Republican party steadfastly opposes lifting the debt ceiling to show it stands for fiscal rectitude (ignoring the 2017 tax cuts), even though not lifting the ceiling would be tantamount to a US default and trigger a global financial crisis. And they know this!

Financial market fallout is generally limited because participants assume Congress will blink first. But what if it doesn’t? In the meantime, the Treasury and Congress are consumed for months, figuring out how to free themselves from the corner they needlessly painted themselves into. The media is sieged with discussions of gimmicks to avoid cataclysm. The debt ceiling serves no useful purpose. It should be abandoned. If Congress wants to run a more disciplined policy, it can perform its job and find the will to do so.

Clashes over two multi-year packages are compounding these problems. A $1.2tn infrastructure package and a build back better bill providing expanded medical coverage, childcare and climate mitigation – measures that would be standard fare in many European nations, often tagged as costing $3.5tn.*

The $1.2tn infrastructure package, nearly $600bn in new funding, has been well-baked for months and is broadly backed across the political spectrum. Yet, the package isn’t moving forward because progress on the $3.5tn package is stalled. Republicans won’t support the $3.5tn package, so it requires special procedures necessitating that every Democrat in the Senate backs it.

This isn’t yet achievable because of infighting in the Democratic party between centrists and progressives in the House and Senate. Progressives won’t allow the $1.2tn package to move forward without the $3.5tn bill. Centrist Democrats want a smaller bill. This package needs to be paid for. Despite numerous proposals to lift revenues, Democrats can’t agree.

Pundits are having a field day, calling the Democrats the party of the ‘circular firing squad’ and recounting the words of an American comedian: ‘I am not a member of any organised political party. I am a Democrat.’ Why take half a loaf when you can have no loaf at all?

On top of this, Congress has long been unable to tackle America’s entitlement programmes, even though the Congressional Budget Office projects that they will help raise the US debt/gross domestic product ratio from around 110% in 2030 to 200% in 2050. Despite global calls for climate action, the US has no federal carbon price and hasn’t raised the federal gas tax since 1994.

The US may soon have a budget, lift the debt ceiling and pass the infrastructure and ‘build back better’ infrastructure bill. But the ugliness of legislative sausage-making could make the rest of the world recoil once again at US dysfunction. America may be ‘back’, but does anybody want to follow?

* These are multi-year packages. For example, the ‘build back better’ $3.5tn proposal is a 10-year figure. One could contrast an annual $350bn (1.5% of GDP) with US nominal GDP, which is now over $23tn. The debt/deficit impact is uncertain. It is unclear what the final size of the $3.5tn package will be (if passed at all it will be substantially smaller) or how much would be offset by revenue increases.