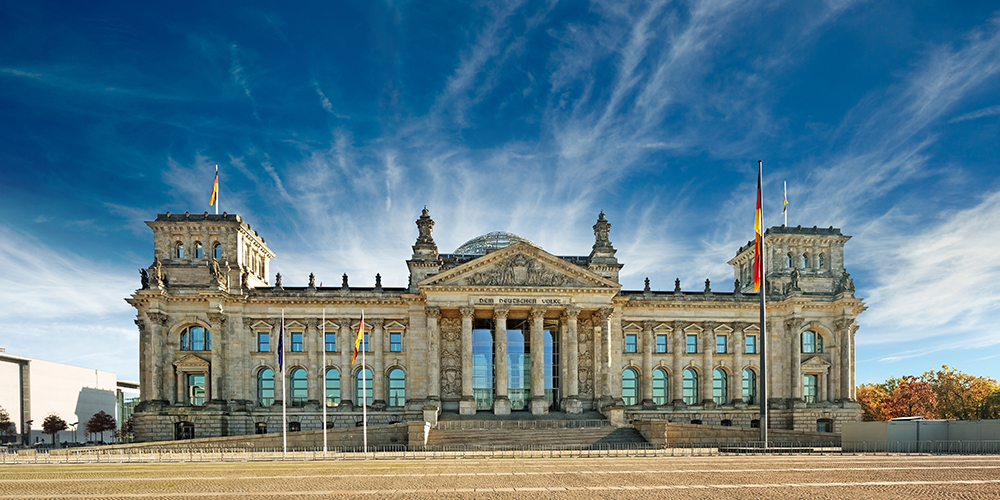 A heady mix of polemics and polarisation over inflation, tax and spend, European monetary policies and energy lies ahead for Germany after the 26 September election. The contours starting to form for the aftermath of Chancellor Angela Merkel’s 16-year rule portend a fractious future. Beyond the invective, one conclusion is near inescapable: whatever the post-election constellation, Germany is heading for more expansionary fiscal and economic policy.

Pugilist-in-chief in the Christian Democratic Union/Christian Social Union’s campaign to hold on to power has emerged as Friedrich Merz, the CDU’s economic spokesman*. An earlier rival to Armin Laschet, Merz has joined forces with the CDU/CSU’s struggling chancellor-candidate in a sustained assault on the front-runner, Finance Minister Olaf Scholz, from the Social Democratic Party (SPD).

If the SPD maintains its polling lead and Scholz becomes chancellor, the centre-right CDU/CSU parties, driven into opposition, may intensify criticism of the European Central Bank for allegedly going soft on inflation.

At the same time, sparks will fly between the Greens and liberal Free Democratic party, Scholz’s most likely coalition partners, both hungry for power after absence from government in most of the past 20 years.

Although they share some positions over Europe and carbon emissions, the Greens and FDP differ fundamentally on key principles of tax, spending, market economics and the role of the state.

Whatever happens, Merz – a long-term Merkel adversary – will remain at the forefront. If the CDU/CSU stages a late rally and Laschet wins, he will enter government, probably as economics minister. If the CDU/CSU goes into opposition for the first time since 2005, Merz will fight a new battle to become the conservatives’ parliamentary leader, the position from which Merkel dislodged him in 2002.

Although popular with the CDU economic wing, Merz faces resistance from strong conservative factions, above all from Markus Söder, who robustly contested Laschet as the CDU/CSU election candidates. The populist Bavarian CSU leader believes Merz – who will be 69 at the time of the next election in 2025 – is too old to head a conservative rejuvenation crusade.

Laschet and Merz have heightened controversy about energy and environmental policies by accusing Merkel of presiding over a premature exit from nuclear power, due to be removed from the German grid at the end of the year under a 2011 decision. Both politicians recognise that a return to atomic energy is anathema in Germany, but their statements highlight the contradictions between Germany’s continued reliance on coal and increasingly stringent carbon emissions targets.

In an 11th hour bid to revive lacklustre campaigning, Merz and other leading conservatives have accused Scholz of stoking up inflation, launching Europe on a ‘debt union’, sacrificing German banking solidity and displaying ministerial incompetence. Rhetorical fireworks have been sparked by a state attorney raid on Scholz’s finance ministry last week, part of an investigation into a regional office’s alleged failings to follow up reports of money laundering irregularities.

Wolfgang Schmidt, finance ministry state secretary and Scholz’s chief confidant, tipped to lead the chancellery should his boss win, has been drawn into the fray. Schmidt – Germany’s representative in many international finance meetings – is under investigation for allegedly infringing legal stipulations over releasing details of the raid, which Scholz and his supporters claim was politically motivated.

In an unusual attempt to bring the independent ECB’s policies into election skirmishing, Merz has complained that the central bank has exceeded its price stability mandate. German inflation is expected to rise to 5% by the end of the year, an increase that most economists, including from the Bundesbank, see as temporary. Merz is repeating claims that inflation will stay at that level in 2022, a forecast that Scholz has dismissed as ‘humbug’.

The economic disputes herald wider rifts when coalition bargaining starts after 26 September. The Greens, likely to be the main winners, based on an expected doubling of seats compared with the 2017 election, have signalled greater radicalisation.

Assuming that the SPD and the CDU/CSU would each need two other parties to form a government, the FDP and the Greens will be favoured allies for Laschet or Scholz, should either be invited to build a coalition. Overcoming mutual antagonisms in what is likely to be a supremely unholy trinity will be an exacting task.

The Greens tightened their election programme at a conference in June. They have ramped up ambitions in areas ranging from clamping down on financial crime, money laundering and high-frequency trading to turning European monetary union into a ‘social union’. In new European policies, the Greens wish to turn the Next Generation EU recovery fund into a ‘permanent investment and stabilisation instrument’ under the control of the European parliament.

The party wants to lower pressures for privatisation and increase European spending on digitalisation, infrastructure, railways and education. It backs ECB efforts to lower euro area yield spreads on government bonds, in what orthodox economists from both the CDU/CSU and the Greens would say is tantamount to outright monetary financing.

If Scholz takes the post-election helm, his penchant for benevolently vacuous phraseology and open-ended pronunciations will be a major feature of coalition bargaining. As he said in last Sunday’s prime-time TV debate, ‘We always have conditions [for such negotiations] – and then we have to see what happens.’ Whoever is in power, the debt brake will be lightly applied. A new government will use well-rehearsed procedures for financial engineering to get around any inconvenient budgetary constraints.

*OMFIF is meeting with Merz on 21 September to discuss these issues. For further details please contact Ellie.Groves@omfif.org