The UK loses as Labour fails to get its act together 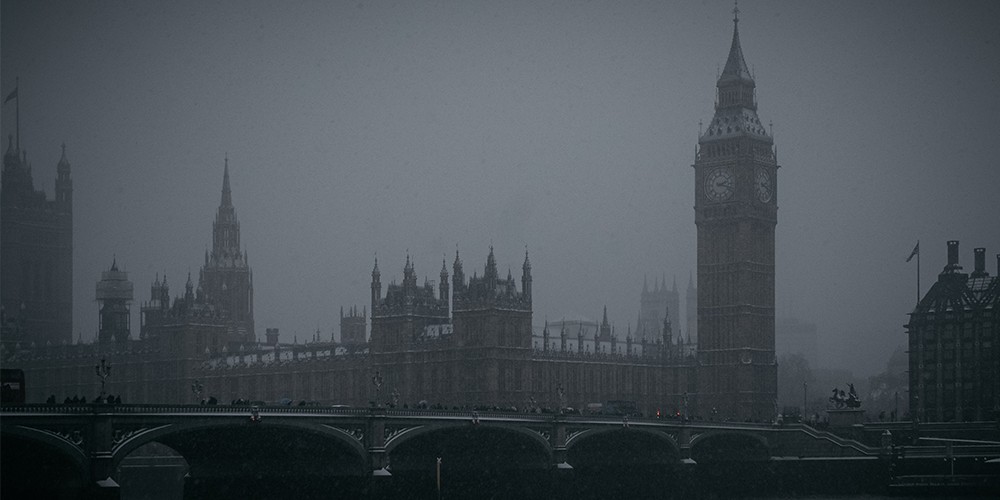 Britain’s ruling Conservatives have done a poor job in controlling the Covid-19 pandemic and guiding the country to a future outside the European Union. Facing daunting political, economic and social challenges, the UK badly needs an effective Labour party to hold Prime Minister Boris Johnson and his underperforming government to account.

The long-running blight over Labour’s anti-Semitism is a painful distraction from that essential task – and a signal of deeper divisions. That’s why I have decided with regret to leave the party I joined in 1971. Labour remains ambivalent over anti-Semitism. For me, it is a racist party that I can no longer be part of. I am leaving the Labour seat in the House of Lords that I have occupied for 29 years and joining the cross-benches.

Much is at stake. Unless the party rediscovers its reputation for economic competence and sound management it once had under Tony Blair and Gordon Brown, the Tories will win the next election in 2024. Unfortunately, whatever the government’s mistakes, Labour has little chance of winning the next election unless it first wins the battle against anti-Semitism. So the stage may be set for a Conservative administration until at least 2029 – the longest period of continuous Tory rule in the modern era.

For some years I have been ashamed of my party’s tolerance of anti-Semitic behaviour. MPs with a Jewish background, especially women, were abused and trolled and some driven out of the party. The offenders were seldom investigated. If they were, they never seemed to suffer disciplinary judgement or any kind of punishment. Procedural details were designed to delay judgement.

The Equality and Human Rights Commission, a UK human rights watchdog, announced in 2019 it was investigating the party. This was only the second time a political party had been so referred. The first was the far-right British National Party. The Commission published its findings last month, identifying ‘a culture within the party which, at best, did not do enough to prevent anti-Semitism and, at worst, could be seen to accept it’.

I hoped after the EHRC judgement that Labour would urgently tackle the problem. Keir Starmer, the new leader, who took over from Jeremy Corbyn after the bigger-than-expected election defeat 11 months ago, promised action. Yet it has been half-hearted. Labour suspended Corbyn in late October; anti-Semitism had flourished on his watch. But the former leader was readmitted on 17 November, a unanimous decision by a sub-committee of the national executive committee, Labour’s supreme decision-maker.

The party removed the parliamentary whip from Corbyn, temporarily for three months. That denial imposes no punishment. Corbyn is traditionally a law to himself. He has never obeyed the Labour whip. The NEC body which readmitted Corbyn doesn’t take EHRC strictures seriously.
Labour’s response to racist behaviour is to leave it unpunished or, at best, to deal with it legalistically with a light touch. Labour needs a political fight so it can expel members who do not uphold its values. We must heed the aphorism attributed to August Bebel or Karl Marx: ‘Antisemitism is the socialism of fools.’ This type of battle took place in the 1980s engagement with entryists, Trotskyist factions which wanted to abandon Democratic socialist methods. But the party has no stomach for such a struggle.

Many friends in the party have urged me to stay and join Starmer’s effort. I have declined to do so. There will be new committees, investigations and so on. But, having failed at the first step, the situation is unlikely to improve. In a first-past-the-post majority voting system, there is always pressure to prioritise unity over principles. Given its present mix of members, a united Labour party will probably remain a racist party.

This all a great shame. The Labour party was founded 120 years ago to fight for equality by defending working class interests. It has expanded its programme beyond the original goal, extending the definition to include gender and racial equality. It has fought for diversity and the rights of sexual minorities.

There have been arguments about tactics. There is always a left-right split. The left wanted nationalisation and state power while the right would use progressive taxation to redistribute income. There is a consistent pattern. When in power, Labour tries its best to meet its promises. In opposition, Labour always feels a failure because of insufficient ambition.

Since I joined 49 years ago Labour has been in power just 18 years and in opposition 31 years. New Labour won three straight victories under Blair, in 1997, 2001 and 2005. We achieved devolution, the Northern Ireland agreement, reform of the judiciary and the House of Lords, the largest number of women MPs, the minimum wage, higher health service budgets, and greater diversity in cabinet appointments by gender and race.

Losses resumed in 2010 and 2015. The hard left has found its way back into the party. This time the differences are not just on economic policy, but also on social affairs. Labour’s defeat in 2019 was worse even than in 1983. Persistent anti-Semitism is a sign of a more fundamental malaise. Unless Starmer forces radical change, victory will be a long time coming.

Meghnad Desai is Emeritus Professor of Economics at the London School of Economics and Political Science and Chair of the OMFIF Advisory Council. He is the author of Rebellious Lord – An autobiography (Westland Press).