US election through damaged looking glass 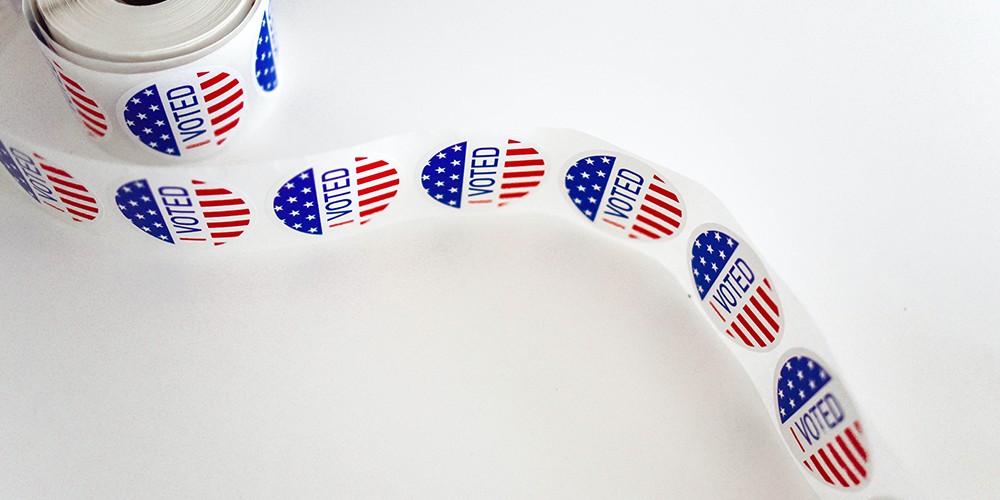 If there was still any doubt that US politics are in a dire strait, Tuesday night’s presidential debate between incumbent Donald Trump and his Democratic rival Joe Biden surely removed it. The spectacle of two men in their 70s trading insults like playground toughs was embarrassing and at times shameful.

As to whether it was effective, the verdict won’t be in until the votes of the 3 November election are counted, and no one knows how long that will take.

What have we learned from this first debate? That Trump can be a boorish bully is not news, but the question is whether there was a method to his madness in this debate.

As the challenger, Biden had more to lose. In his firehose assault, Trump forced the Democrat to disavow the much-lauded ‘green new deal’ and disclaim any commitment to the party’s progressive left. It’s an open question what effect this will have on progressive enthusiasm for the candidate.

Whether Trump’s hectoring of Biden was tactical or just reflexive, it forced the Democratic challenger to play his game and return tit for tat. This may earn Biden some points but it interfered with his casting himself as the not-Trump. Biden could not stand up to the president’s assault and remain the thoughtful, empathetic alternative so artfully portrayed in the Democratic national convention.

The CBS snap poll Tuesday showed that 48% of the voters listening to the debate thought Biden was victorious, 41% gave the win to Trump, and 10% called it a tie. More telling, 69% found it annoying, 83% found it negative, and only 17% found it informative.

Any discussion of issues was mostly a rehash of well-known positions, shedding no new light and showing no effort to ‘unify’ people. The Covid-19 pandemic was front and centre, but neither candidate departed from their well-worn scripts on that issue.

There was considerable controversy over Trump’s response to an appeal from Wallace to call on white supremacist and right-wing militia groups to ‘stand down.’

Trump said, ‘Sure, I’m willing to do that.’ He added that in his view most of the recent urban violence came from left-wing groups, but then said, ‘I’m willing to do anything. I want to see peace.’

Wallace insisted on specific condemnations, so Trump said, ‘Proud Boys, stand back and stand by.’ Commentators seized on this comment as a veiled threat, especially since the president went on to say, ‘But I’ll tell you that somebody’s got to do something about Antifa and the left because this is not a right-wing problem.’

Proud Boys is a far-right, all-male group founded in 2016 that believes Western culture and men (in particular white men) are under attack.

Trump supporters said the call to ‘stand by’ was a flub, but that was hardly a credible explanation. The president’s remark conjured up images of militia-like Trump supporters intimidating voters at the polls.

On the other hand, Wallace and media that were incensed by Trump’s remarks gave a pass to Biden for dismissing Antifa as an idea and not an organisation, when cells of the putative anti-fascist group have openly and actively taken part in violent protests.

Questions about election integrity almost got lost in the shuffle. Biden urged people to vote, by mail or in person, and discounted Trump’s hints he might reject the result, ensuring voters ‘if we get the votes, it’s all over. He’s going to go.’

Trump took issue with massive mailings of unsolicited ballots, which he says create opportunities for fraud. ‘We might not know [the election results] for months, because these ballots are going to be all over,’ he said. Citing instances of misguided ballots in New York, New Jersey, and Virginia, he said, ‘It’s a rigged election.’

Trump said the Supreme Court may have to adjudicate the validity of some ballots, though he expressed the hope that the election result would be clear enough without verifying those votes.

A judgement on the debate depends on how one regards such contests. For those expecting a civilised debate between two candidates aspiring to the most powerful political office in the world, it was a disaster. For those who see debates as blood sport, Trump emerged as the alpha male who dominated the proceedings.

It is improbable that anything from Tuesday night will swing the election one way or the other. The lines are drawn on abortion rights, gun rights, police brutality, law and order, the economy, and racism. These are the issues that people will vote on. Foreign policy played no role in the debate and is drawing little attention in the campaign. Many voters have already cast their ballots, either on early election dates or by mail.

Polls over the next few weeks will show if there was any momentum shift from the debate that will influence campaigning or voter participation. Barring significant movement in those polls, the outcome of the election remains uncertain.