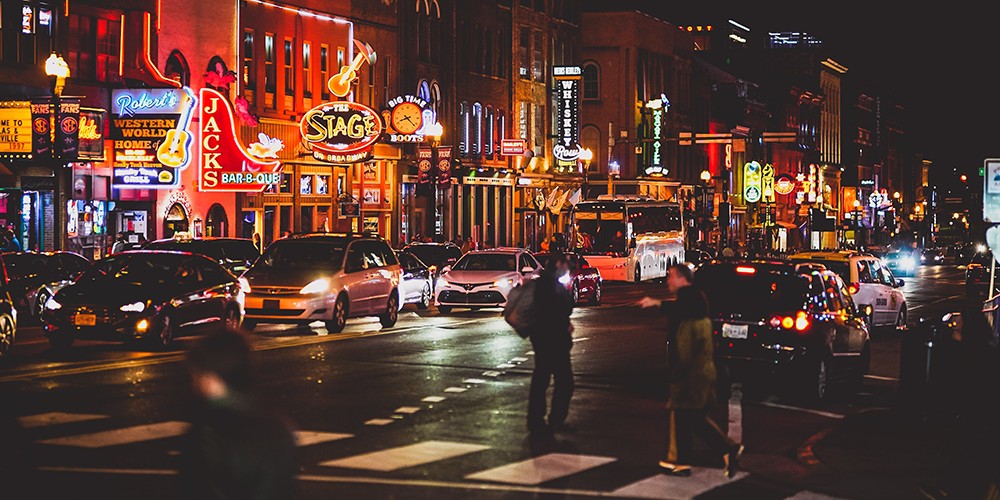 Dispatch from the deep red south

As chance may have it, I am writing less than 500 metres from the Curb Event Centre Arena at Belmont University in Nashville, where the final presidential debate is scheduled to be held on 22 October. It looks as if President Trump’s campaign has finally accepted some of the limitations which led to cancellation of the second debate two weeks ago. For our neighborhood, that means many disruptions.

Trump probably agreed to Nashville because it is the capital of a deeply ‘red’ state (where voters traditionally support the Republican party). But if I took you on a short tour along the 15-minute walk from our house down Belmont Boulevard to the university campus, you would probably see only signs supporting Democratic contenders Joe Biden and Kamala Harris neatly decorating lawns in front of the century-old houses which predominate here. So far, not a single Trump/Pence poster has been spotted.

Trump won more than 65% of the Tennessee vote in 2016 and need not fear defeat this year. But the Biden posters are an important insight into American society.

It is true that most of the states in the deep south, where secession 160 years ago led to the most bloody war in American history, are conservative and pro-Trump. But with the introduction of air conditioning after the second world war, these states suddenly became livable. As low-cost markets, they rapidly attracted industrial investment, including a great deal from Europe. These new businesses employed many highly skilled people from all over the world. The civil rights and voting rights acts of 1965 finally made it possible for large numbers of African-American citizens to exercise their right to vote. Creeping modernisaton has been underway for decades.

Foreign investment could end up playing an important role in the election of former Vice-President Joe Biden. Nashville has become the centre of Japanese investment in the US, and Volkswagen has a large factory in Chatanooga. British Airways even began a non-stop service to London last year. My ‘blue’ (where voters usually support the Democratic party) neighborhood has been replicated throughout the south. There are dozens of German suppliers among the new Daimler and Porsche headquarters in Atlanta. The first to go ‘blue’ was Virginia, the cradle of the confederacy. In 2008, Barack Obama became the first Democratic presidential candidate to win in the state since 1964. North Carolina followed, and is considered a crucial swing state. Biden leads in the polls there. He could also win in Georgia and maybe even Texas, both traditionally red. The addition of these southern states has helped Biden in the race for the electoral college and deeply damaged Trump’s chances.

Transformation of the south is only one of the many dramatic demographic changes taking place in the US. The arrival of refugees over several decades has turned Nashville into the country’s largest Kurdish city. In the north, 95% of the pupils at my former school in Dearborn, Michigan are of Arab origin. By 2050, the US will no longer have a European majority. As in the old continent, the arrival of so many new residents often causes tensions, which Trump has sought to exploit. But the new neighbours certainly harbour no nostalgia for the confederacy.