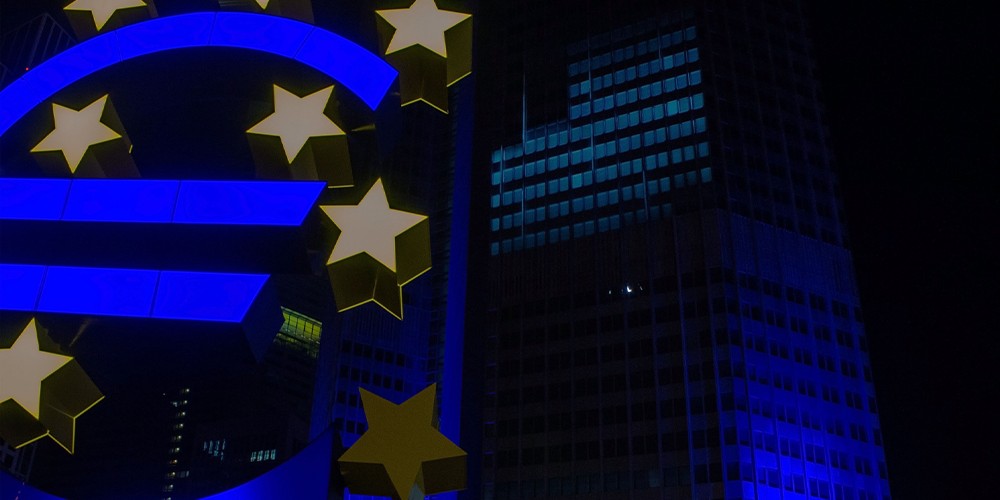 At the centre of a psychological battle with financial markets and politicians, the ECB has won breathing space for Italy with its 18 March pandemic emergency purchase programme allied with last week’s downgrading of investment standards for securities purchases. After a month of heavy buying, likely to have been skewed towards weaker countries’ bonds, the ECB president is expected to reiterate that the ECB will, if necessary, expand the PEPP beyond the announced end-year total of €750bn. At the latest daily purchase rate of €5.4bn, the ECB could exhaust the PEPP’s volume by October. This has raised speculation that the ECB’s governing council, meeting by video conference on 30 April, could approve a further €250-500bn. 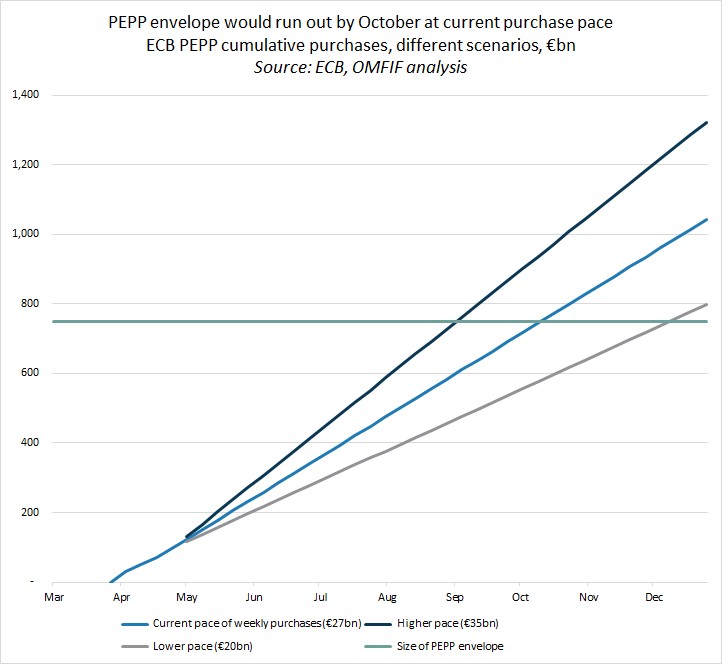 French President Emmanuel Macron as well as Fabio Panetta, ECB executive board member, have bemoaned EU countries’ differing capabilities to provide fiscal support and state guarantees. Some governing council members are looking enviously at large-scale monetary financing – forbidden under the European treaties – provided for the public and private sector in the US and UK. A €1tn European recovery fund, discussed at the EU leaders’ meeting on 23 April, will be slow to set up and remains bedevilled by budgetary and legal complexities.

European politicians and the ECB are trying to push Italy towards accepting a loan from the European Stability Mechanism, the euro area’s rescue fund, under near-zero conditionality agreed at a pre-Easter meeting of Eurogroup finance ministers. This would open possible resource to unlimited ECB Italian bond purchases under the outright monetary transactions mechanism decided in 2012 but never used.

Italian hostility to the ESM/OMT option – a legacy of battles over loans to Greece and other southern countries during earlier euro debt crises – for the moment leaves Italy with no alternative to full-scale reliance on ECB bond support. The ECB has relaxed rules on allocating purchases according to the ‘capital key’ reflecting national central banks’ economic sizes – but this decision faces legal challenges expected to be made more concrete in a German constitutional court judgement on 5 May.

While some euro members have begun lifting lockdown measures, general shutdowns continue and some governments are drafting contingency plans for possible new waves of the virus.

In view of uncertainty over Europe’s fiscal measures, and ahead of the next ECB staff economic projections in June, the central bank is likely to hold back from headline changes in its emergency policies. But Lagarde could drop strong hints that more is under consideration, in line with her statement after the 18 March measures that the ECB is ‘fully prepared to increase the size of our asset purchase programmes and adjust their composition, by as much as necessary and for as long as needed.’ Lagarde could give guidance on reinvesting funds next year from maturing bonds under the PEPP, which could be particularly helpful for Italian bonds.

The ECB could provide more accommodation on its open market operations by lowering rates for targeted long-term refinancing operations. It could enlarge on its decision last week to accept as collateral ‘fallen angel’ bonds that lose their investment-grade credit rating to maintain banks’ access to cheap liquidity. This is part of general action preparing for Covid-19-induced rating downgrades.

But as a former ECB board member remarked at a recent OMFIF seminar, the ECB is unlikely to go as far as purchasing bank bonds, in view of its role as supervisor. Purchasing high-yield exchange traded funds is also unlikely. By some measures, the ECB’s bond purchase programmes are already more diverse in terms of size and maturity compared with the US Federal Reserve’s.