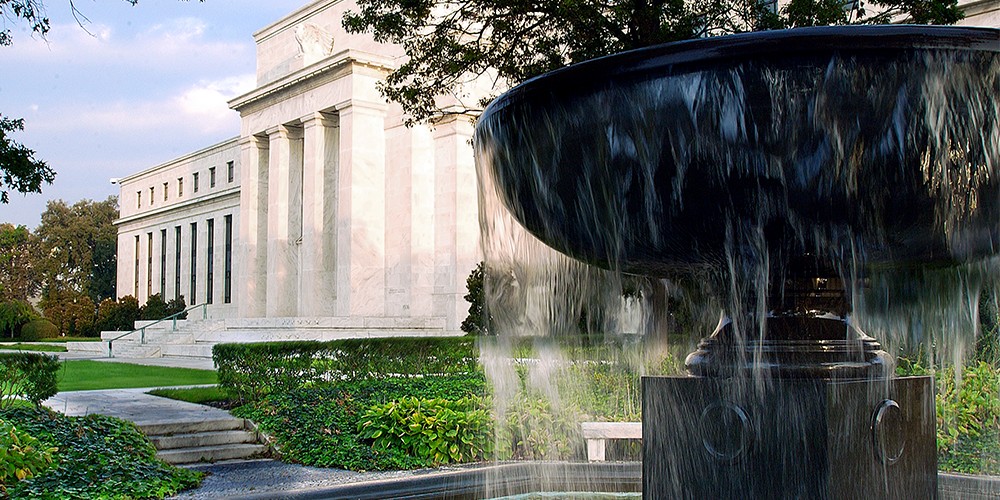 The Federal Reserve’s decisive policy action and important regulatory changes have allowed several key financial markets to weather the worst of the pandemic shock so far.

For instance, the decision to temporarily exclude Treasuries and reserve balances from the Basel III supplementary leverage ratio will effectively allow primary dealers to hold limitless Treasury inventories. This shields the systemically important US Treasury market and the US government from the impact of uncertainty and the forthcoming wave of debt issuance. To quote Credit Suisse’s Zoltan Pozsar, ‘The Fed is drafting the dealer community to take part in the war effort.’

The 2018 Economic Growth, Regulatory Relief, and Consumer Protection Act, which took effect on 1 April, also exempts central bank deposits from the calculation of the SLR for custodian banks. This means that these custodians – BNY Mellon among them – will be able to swap the reserves they acquire through the Fed’s quantitative easing programme for deposits at foreign central banks. At the end of the chain, this is likely to result in enhanced foreign exchange swap market liquidity. In addition to the existing swap lines, this should have an important effect in securing this essential funding market.

Yet corporate bond markets have so far remained in want of a similar, unequivocal backstop, leading to questions about the long-term structure and composition of the market with which the Fed will have to grapple.

First, it is abundantly clear that the market is becoming segregated into investment grade and high yield segments, with only the former (in addition to ‘fallen angels’ which once held an investment grade rating but have been downgraded since the coronavirus shock) receiving policy support. This has been reflected in corporate issuance over the month of April, which has been concentrated among investment grade borrowers keen to lock in funds to sustain themselves until economic activity rebounds. 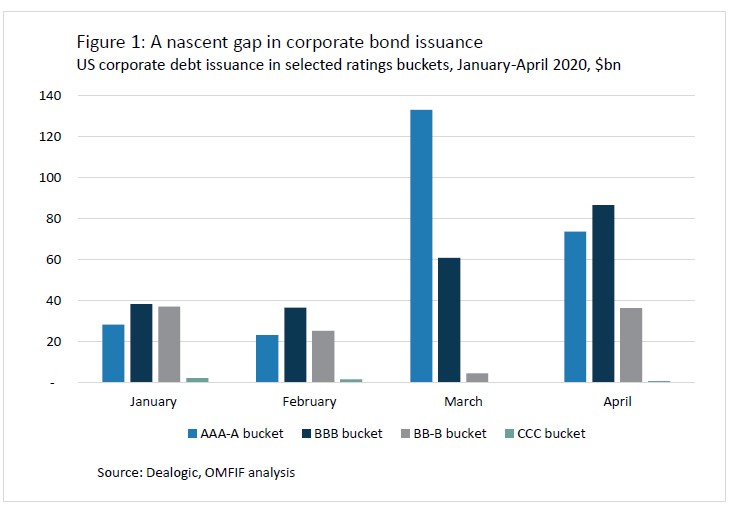 There is a significant split within the high-yield market as well. As noted in Barron’s, high-quality junk bonds from BB+ to BB- returned over three times more than bonds between CCC+ and CCC-, the lowest-rated high-yield tier, throughout the past month or so. This divergence is reflected in their disparate spreads over US Treasuries. A gap is emerging between investment grade instruments, and two tiers of high-yield debt. 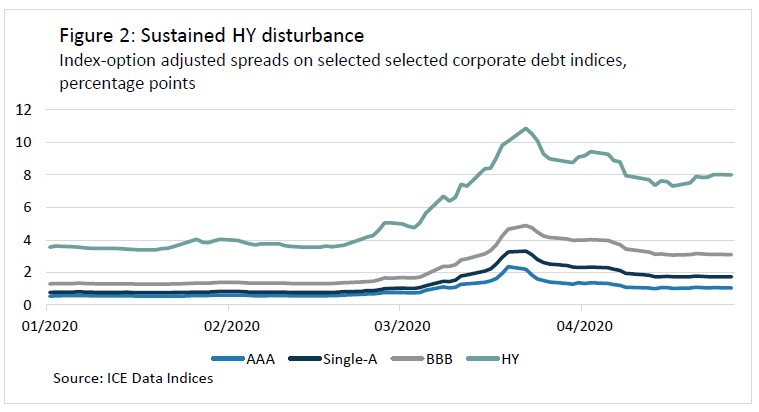 Much was made of the Fed’s twin decision to include fallen angels and high-yield exchange-traded funds in its corporate facilities, which triggered the largest weekly inflow into the high-yield market in history. Yet the decision only applies to a small fraction of the market. For one, fallen angels make up only 4% of the market. High-yield ETFs only cover under 3% of the market. Given the Fed’s self-imposed limit of buying only up to 20% of an ETF’s assets under management, this means that ultimately purchases will cover less than 1% of the high-yield market. The signalling effect in and of itself is important, as reflected the sharp rebound that followed the Fed’s announcement. But it leaves vast corners of the market stranded, which will ultimately influence who lives and dies in the real economy.

How much more can and should the Fed do to support riskier corporate credit? Does it feel comfortable making an ad hoc decision on who gets a public backstop, with massive implications for the structure of the corporate debt market and the US economy?

The second dimension to the corporate bond puzzle is global – after all, a quarter of US corporate debt is held by foreigners. 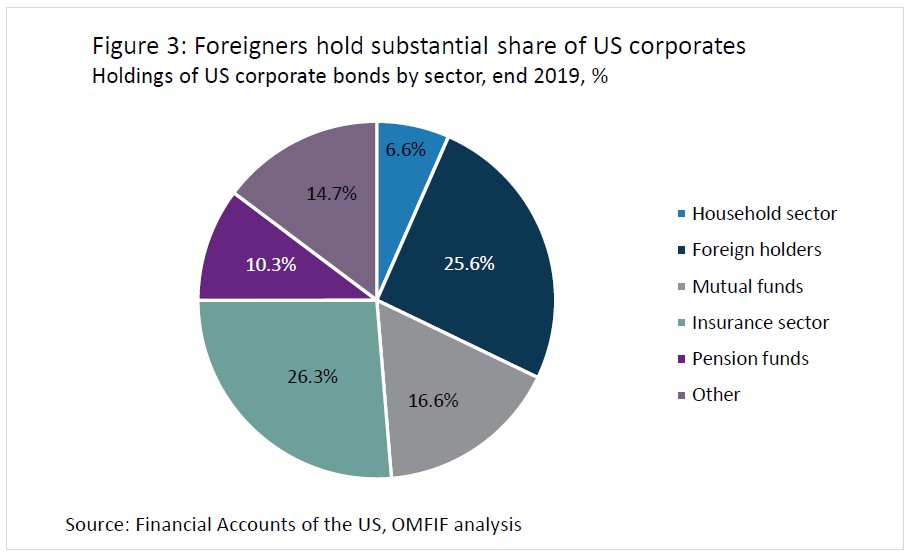 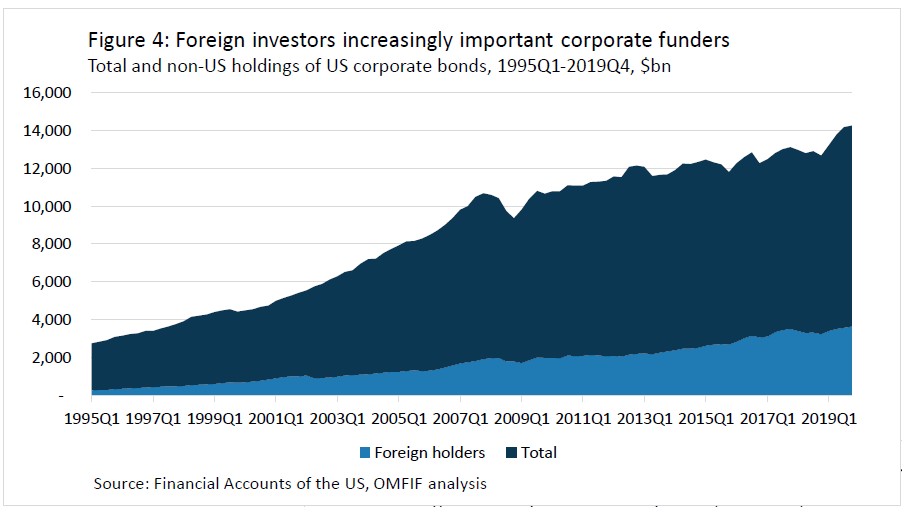 One significant coronavirus-induced change in global financial markets has been the stunning convergence of G10 rates. Put simply, countries already at or below zero kept rates on hold, while others – Australia, the UK and US in particular – dropped to meet them at the zero-lower bound. 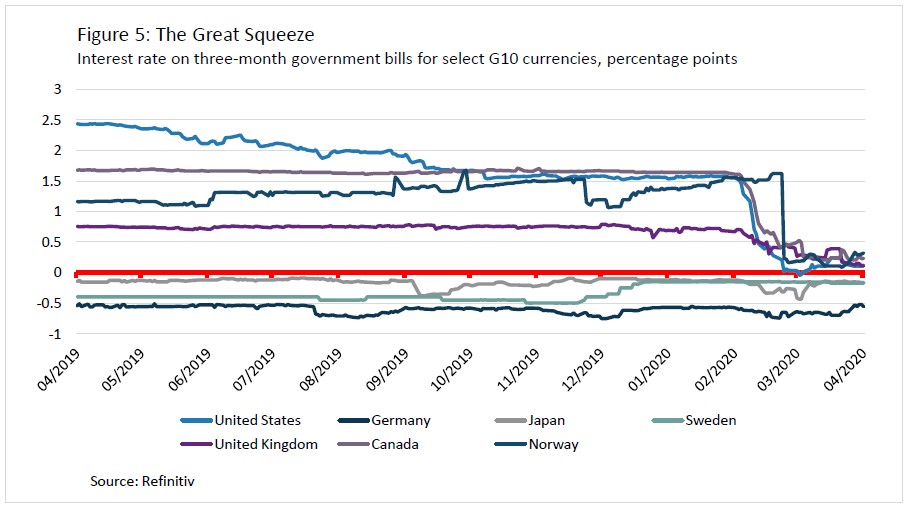 This is important because investors from negative rate jurisdictions purchasing US assets on a hedged basis were an important financing force in US debt markets post-2008. Japanese banks and Scandinavian pension funds, among others, emerged as critical new intermediary entities engaged in a classic form of ‘shadow banking,’ per economist Perry Mehrling’s definition: money market (foreign exchange swap) funding of capital market (US assets) lending.

For the corporate bond market, the most significant implication of this trend is the collapse of dollar hedging costs, which have fallen off a cliff compared to where they were a year ago.

In view of low government bond yields across the developed world, this should be positive for the US corporate bond market. Buoyed by the Fed, some sectors of the market represent an opportunity to pick up yield. However, this will probably enhance the growing bifurcations in the corporate bond market, with foreign investors likely to stay away from the high-yield segment for longer. Japan Post Bank is an instructive example in this case – it announced an increased allocation to US corporates for the fiscal year ending March 2021, with the caveat that they will be ‘selective in companies and sectors,’ and ‘cautious on high-yield debt’. Many global investors are likely to share this experience.

Now that core markets – Treasuries, foreign exchange swap – are more or less secured, the Fed needs to grapple with the quandary of the corporate debt market. Tiers of the market are drifting apart as the US and global economies are being reshaped, and central bank policy needs to be thoughtful about its role in this process.