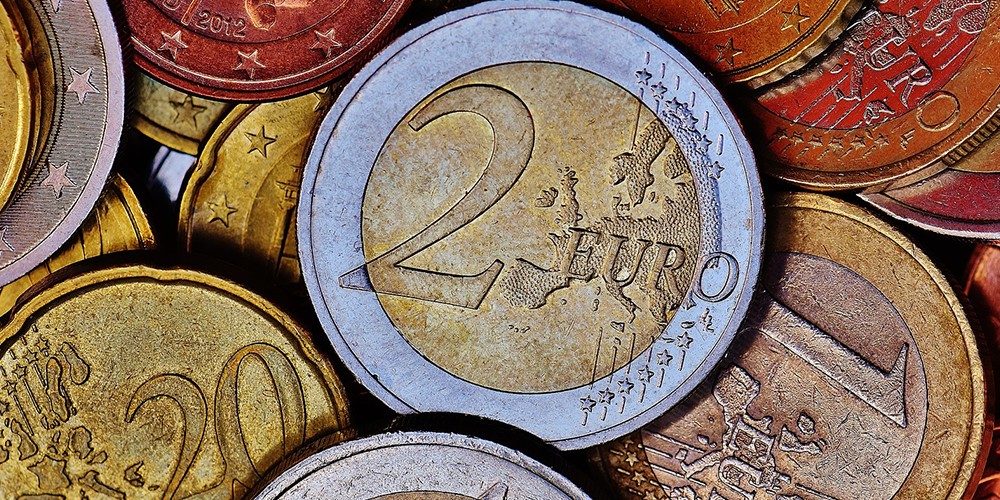 A guide to what may happen next

European solidarity in the face of the pandemic has been disappointing, with only piecemeal European Union action. Pressure for more solid measures is rising on the Eurogroup finance ministers meeting on 7 April, as a prelude to EU leaders gathering the next day. Here is a guide to what may happen next.

1. What are the options for the Eurogroup regarding support for countries like Italy?

The European Stability Mechanism, the euro area’s bail-out fund, with €410bn of unused lending capacity, is well-prepared and can be equipped with minimal conditionality. Yet, overcoming the ‘stigma’ effect in Italy is a huge challenge. The Rome government sees this as reviving the much-reviled ’troika’ that set onerous conditions on Greece a decade ago. One southern euro official comments, ‘At some point the euro area was deliberating whether to strengthen the ESM into a European Monetary Fund. If it’s not used in a situation like this, then what’s the point of having it? We may as well close  it down.’

Some form of a European solidarity fund backed by ESM borrowing, with proceeds flowing to medical facilities and companies hit by the downturn, would be an option. Vítor Constâncio, former European Central Bank vice-president, proposed at a 3 April OMFIF virtual meeting using the European Commission’s legal framework to raise loans with joint EU liability, financing crisis-related national expenditures without raising countries’ debts. European think thanks have suggested a ‘pandemic solidarity instrument’ with the EU raising funds on its own account. Among longer-term ideas, the French government has suggested a common 5-10 year fund independent of the European budget. The German finance ministry favours boosting the powers of the European Investment Bank.

2. Quite apart from the dire economics, what is the state of play of European psychology?

Berlin officials forecast German opposition to debt mutualisation will soften as the acute crisis ebbs, especially if the north recovers more quickly economically and medically than the south. The German and Dutch governments are fighting accusations of hard-heartedness, publishing articles in southern European newspapers expressing solidarity. Some officials believe that Germany, while overtly uneasy about new unlimited ECB bond-buying, is discreetly pleased (as was the case in the previous euro unrest in 2012) that the central bank, for the time being at least, is tempering the need for more taxpayer funding from Berlin.

3. What are the constraints on the ECB?

There is an element of legal risk in the €750bn pandemic emergency purchase programme decided at a hastily arranged ECB council meeting on 18 March. This was a volte face from its more measured policy set at a regular meeting on 12 March. For this ‘temporary’ step (one ECB council member comments, ‘There’s nothing so permanent as a temporary ECB programme’), many constraints on previous bond buying have been lifted. These are principally the 33% limit on the Eurosystem purchasing of overall country debt (including individual bonds) and the prohibition of purchases exceeding national central banks’ percentage shareholdings in the ECB – the so-called ‘capital key’.

Under the mainstream Public Sector Purchase Programme,  in March the Eurosystem significantly over-purchased Italian, French and Spanish bonds relative to the adjusted ‘capital key’, while German and Dutch bonds were underpurchased. This continues a trend. Over the programme as a whole, the Eurosystem has underpurchased German and Dutch bonds by €23.5bn and €11.8bn respectively, while it has overpurchased Italian and Spanish bonds by €13bn and €7.6bn. 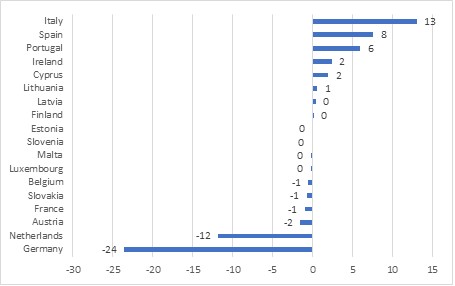 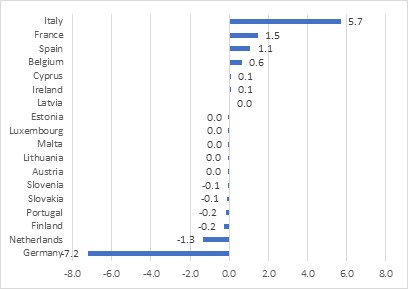 The German constitutional court will give its long-delayed judgement on the legality of the ECB’s mainstream public purchase programme on 5 May. Both the German court and the European Court of Justice have emphasised in previous statements the importance of the limits that, for the PEPP, have now effectively been abandoned. An injunction brought by German plaintiffs against Bundesbank PEPP participation cannot be ruled out – one reason why Berlin officials would like to press ahead with Italy borrowing via the ESM as an ECB backstop.

4. Could a precautionary ESM credit line lead to deployment of the outright monetary transactions programme?

The ECB launched the OMT in 2012 as an unlimited form of selective purchases of bonds from member countries that promised to fulfil an ESM programme. So far the OMT has never been used. Some ECB council members believe that will continue: the PEPP is ‘OMT without the conditionality’. Yet the OMT would have some advantages for borrowing countries; it is backed by governments, not subject to legal risk, and would lead to a formal open-ended commitment to buy debt at a controlled spread.

Even with relaxed ESM conditionality, an OMT borrowing by Italy appears unlikely. Constancio says, ‘An ESM credit line is not very attractive, as only “weaker” countries would use it, implying stigma and negative signals.’ He says the OMT would not be the way for a country such as Italy to access credit. ‘The yield spread (BTPs against Bunds) is not sufficiently large to justify this.’ A big question focuses on whether ESM loans can be extended for a lengthy period, say, 10 years, as suggested by advocates such as Constancio. Italian antipathy to a short-term ESM credit line would be acute. As one non-Italian official says, ‘If it is longer term, then the borrowers can blackmail the investors, if it’s short term, then it’s the other way round.’

5. When will be the maximum threat for economic and monetary union?

Different rates of recovery in northern and southern Europe will have a big impact on EMU. Germany is likely to have a speedy rebound. This is when the real test for EMU may take place. One European central bank official points to the incompatibility with general EMU requirements of a probable German wish to tighten monetary policy as a recovery progresses and inflation rises. There is an element of ‘I told you so’ in the German stance. Otmar Issing, president of the Center for Financial Studies, says, ‘Germany is in the enviable position of having a large financial margin after years of surpluses. Years of solid public finance – much criticised by our partners abroad – are now paying off.’

He declares that a ‘Hamiltonian moment’ (alluding to Alexander Hamilton, the first US Treasury secretary, who unified the American fiscal system) is not taking place in Europe. ‘Prominent historians see the mutualisation of debt and the ensuing fiscal policies of several states as one of the reasons behind the civil war. The US example gives a reason to consider the risk of rising political tensions between EU member states and their people.’ De Larosière sees sovereign debt restructuring as necessary because ‘public debt will, in a number of cases, exceed the limits of sustainability.’ He calls for a ‘pragmatic restructuring process, as undramatic as possible, in close co-operation with financial markets,’ adding, ‘If the governance is similar to what brought us to the present situation, the results will be painful.’