Clearing landmines after the war 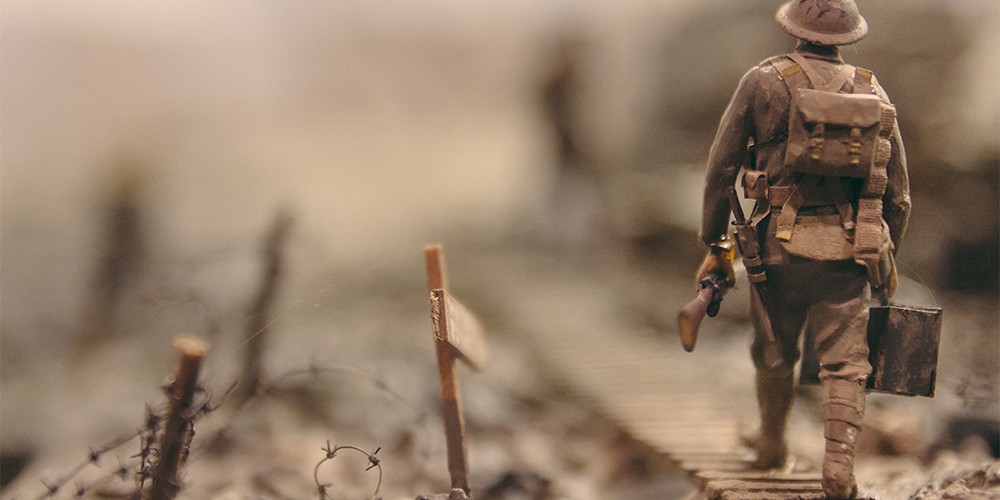 Fundamental questions of growth and society are at stake

The minefield of the world economic and financial system is in a far worse state than we have admitted. As well as dealing with present upsets, we must start thinking about the ‘post-crisis’. We can no longer afford the luxury, once the pandemic shock has passed, of again postponing tackling the real issues. After the war, the first thing to do is to clear the landmines.

Fundamental questions of growth and society are at stake. We will have to choose between a return to traditional liberal capitalism or an active state with a decisive role in industrial strategy.

We cannot accept the principle – which has led to disaster in the past – that unlimited money creation is the only way to respond to fundamental problems affecting future generations. Otherwise, we face one recurring crisis after another.

For the first time in a long while, last month’s interest rate cuts and massive bail-out plans did not, initially, calm the markets. It took promises of hundreds of billions of fiscal dollars and euros, assembled by many impecunious governments, to start dissipating widespread scepticism and concern, bordering on panic, among many investors.

As a result of public spending decisions as well as additional quantitative easing, central banks’ balance sheets are likely to rise by a further 50%. Money creation will not exempt our societies indefinitely from facing the question: who will pay? Unlimited issuance of sovereign securities will inevitably raise questions over state solvency.

Monetary policies have been accommodative for too long. The debt ratio of states and societies has surpassed all peacetime records, up 50% since the last crisis. The asset bubble promoted by cheap debt – including the so-called risk-free government bond bubble – is now abating.

Big questions persist over the euro. If countries do not undertake reforms with a minimum of coordination and discipline, we jeopardise the euro area’s future. The currency bloc shows great heterogeneity of deficits, public debt, and taxation requirements. Necessary solidarity seems once again to have evaporated. Interest rate differentials widened last month until the European Central Bank intervened, exposing the fragilities.

Public debt will, in a number of cases, exceed the limits of sustainability. Some restructuring will be necessary to avoid debt-induced growth brakes and market disruptions. A pragmatic restructuring process should be as undramatic as possible, carried out in close co-operation with financial markets. If the governance is similar to what brought us to the present situation, the results will be painful. Restructuring can succeed only if debtors commit to more prudent financial management.

Some shorter-term European measures are needed. This includes finalising the agreement – pending for two years – on the EU budget, with sufficient resources to deal with the epidemic, and issuing a token amount of corona bonds legally backed by all member states to finance additional virus-linked health expenditure. We need to use the European Stability Mechanism for specific financing of member states. Beyond this, we must finalise the banking union with a real resolution system, making it less vulnerable to economic shocks. And we need political agreement on post-crisis ‘re-entry’, including structural reforms to increase economic growth, conditional restructuring of public debts, and a renewed stability and growth pact.

A substantial part of public credits and guarantees to enable companies to weather the downturn will not be repayable. Some activities supported by these credits will result in unrecoverable losses. National treasuries will become capital investors. Will they be passive and non-voting shareholders, or inclusive and willing to play a strategic role at the corporate level?

Very low interest rates make further cuts ineffective. Companies have to worry about survival, not simply about benefiting from lower rates, much more of preventing closure. Given the limited ability to raise taxes, promises of massive bail-outs are tantamount to announcing new issues of debt securities. Such a headlong rush may not be viable. Won’t the markets one day worry about the inflationary consequences? Inflation is still low and the markets do not expect it to ratchet upwards, but after so much money creation, and with revived consumption, future inflationary pressures seem possible.

How can we encourage a return to healthy growth in a zero-rate environment that encourages hoarding of liquidity to the detriment of productive investment, in economies that are often over-indebted and where populations demand more state protection?

Our methods of government may not be up to meeting these exceedingly complex challenges. Public authorities have to normalise deadlocked monetary policy, respond to the climate danger, re-establish an international monetary order to avoid competitive devaluations, and teach fellow citizens that structural reforms cannot be indefinitely postponed through monetary creation.

Now that the US is increasingly using the dollar for diplomatic and political purposes, we must explore how to avoid the drawbacks of a system where supply of international liquidity depends exclusively on the US currency. And we must try to find an exit from the de facto nationalisation through unlimited central bank buying of securities depreciated by the markets. Monetary policy is effectively insuring all economic actors against the risk of failure – amounting to a form of collectivisation of individual companies.

We see the self-isolation of states, uncoordinated closing of borders, European single market rules being switched off at will. This is reminiscent of the inter-war period when states engaged in competitive devaluations and tariff protectionism. The truth is dark. It is unpalatable to dwell on all the implications. But to safeguard our longer-term future, we must recognise and act on them – before it is too late.

Jacques de Larosière is a former director of the French Treasury, managing director of the International Monetary Fund, governor of the Banque de France and president of the European Bank for Reconstruction and Development. This article is an edited version of a statement on the health and financial crisis. The full text is available here.