What Libra means for money creation 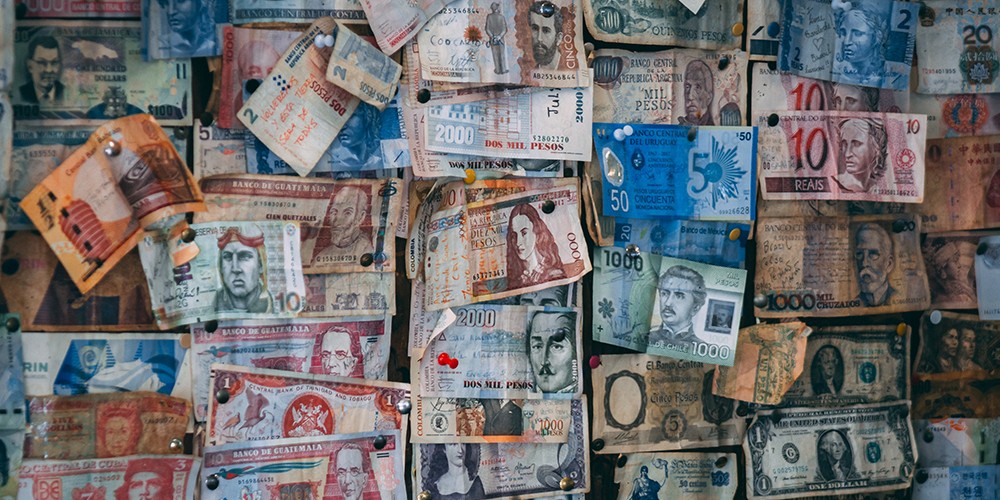 When Facebook announced its intentions last June to issue a digital currency, Libra, the official sector was muted in its initial response. Central banks could not be seen to be too overtly unwelcoming to innovation and new ideas, but equally, the concept struck fairly directly at the sovereign privilege of issuing currency. They were also privately concerned at the possible consequences for their conduct of monetary policy*.

Since then, central banks have been largely silent. The main news on Libra has been of resignations from the consortium backing the project; Visa, Mastercard, eBay and PayPal among others have terminated their involvement. This has denuded the project of much payments systems expertise, and although Facebook has found other companies to take their place, the consortium is now less balanced and much more clearly a Facebook-dominated operation.

But silence from the authorities does not mean they have ignored the subject or overcome their initial wariness. Much research into digital currencies continues to be done by the central banking fraternity, and two issues in particular are coming to the fore.

The first of these is the effect on the orthodox banking system, especially its role in the creation of money. Under a fractional banking system, banks are able to make loans (in other words, create money) that are a multiple of their deposits, keeping only a small part of their balance sheet in liquid assets such as central bank reserves. This process enables the money supply to expand, and in any modern economy is an essential contributor to economic activity and growth.

But if digital currencies become a significant part of the economy, this creation of money will be interrupted. Calibra – the Facebook subsidiary developing Libra – has made clear that it does not intend to offer loans or overdrafts, as to do so would immediately make it a bank and so subject to banking regulations. But this means that any cash that customers take out of the banks to put into their Libra accounts will be removed not only from banks’ balance sheets but also from the money creation process.

In effect, the introduction of Libra threatens to split the banking sector’s currently unified balance sheet, by moving a significant proportion of customer deposits (that is, the banking system’s liabilities) to the digital currency issuers, while leaving customer loans and overdrafts (the banking system’s assets) with the banks. The inevitable result of this would be to force the banks to reduce the asset side of their balance sheet to match the reduced liability side – in other words reduce their loans.

This would almost certainly lead to a major credit squeeze, which would be highly damaging to economic activity. The threat that digital ‘narrow-bank’ (non-loan making) institutions might reduce or even replace the role of existing commercial banks has central bankers deeply concerned. There is no precedent for a modern economy thriving without commercial banks and their role in money creation.

Unfortunately, central banks have no easy answer to this. Relaxing the reserve requirements on the banks and allowing banks to offer more loans per unit of deposit would allow them to maintain the same volume of loans despite their reduced deposits, but would weaken the banks and risk bank insolvencies in any economic downturn.  Alternatively, central banks could issue loans directly themselves (or guarantee banks’ loans, which would have a similar effect in removing the need for reserves to be held against them) – but this direct involvement in the private sector economy is even less attractive for them. Not only would such a move be running counter to all existing central banking theory, but in pure practical terms it would open the central bank to far more direct contact with the general public and thus, almost inevitably, far more political oversight. No central banker views with enthusiasm becoming embroiled in the world of ‘the three Cs’ – customers, complaints and call centres.

The second issue that arises from the introduction of private sector digital money is the one of cost. Libra and any other digital currency rival will require a revenue stream to pay their costs (and provide a return to the consortium partners). How will they raise this revenue?

If they cannot generate a revenue stream from interest-bearing loans and overdrafts, it has to come from usage charges. In principle these will be levied on the commercial service provider, not the retail consumer, but in practice they will inevitably be paid for by the consumer in the end.

This raises important questions of efficiency and value for money. It is by no means clear that such a private sector payment system would be cheaper to operate than the existing bank-based system even on the narrow point of cost per transaction, particularly if, as seems probable, one digital currency soon becomes dominant to the exclusion of competitors. But there is the wider issue of whether society is advantaged by big tech creaming off yet more money from the economy into an unaccountable, untaxable and often overseas behemoth.

Libra’s current trials may mean that its introduction has been delayed. Many consider that it is by no means guaranteed to operate at all. But central banks are well aware that even if Facebook does not manage to bring its project to fruition, sooner or later someone else will succeed, and will introduce a private sector digital payment system. And the issues and implications for central banking, the commercial banking system and the wider economy that their current research has highlighted will not go away.

John Nugée, a former Chief Manager of Reserves at the Bank of England, is Senior Adviser to OMFIF. This is an abridged version of an article published by Laburnum Consulting.

Libra and its potential role in the global monetary system

Libra: Practicalities, technology, and the future of payments