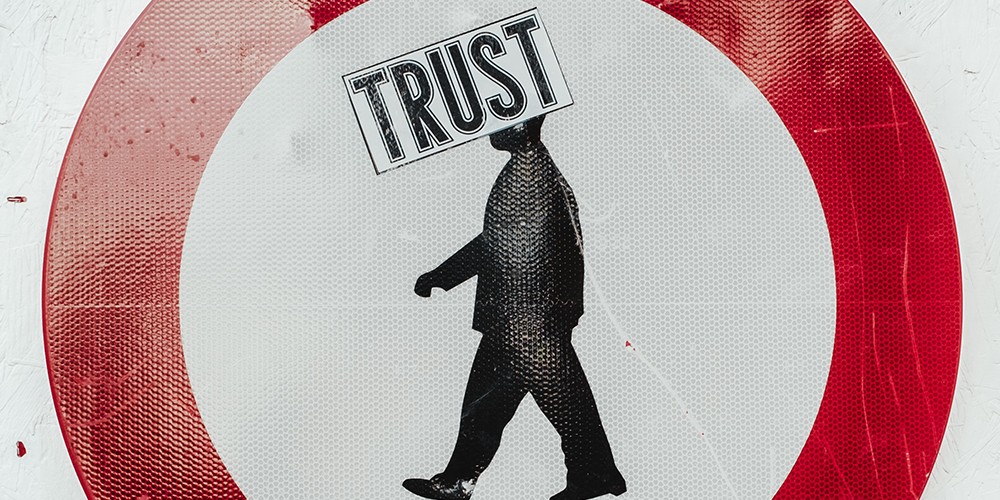 Lurking in the detail of this month’s OMFIF poll on the trustworthiness of potential digital currency providers is an important headache for European policy-makers. In the three euro area countries (out of 13 worldwide) surveyed we found, perhaps unsurprisingly, pronounced net distrust among ordinary citizens in technology firms as cyber money issuers. But we also unearthed in these countries marginal distrust in central banks possibly carrying out such functions, and low or negative trust in them overall. The same ran true, to a lesser extent, for the Federal Reserve – worthy of a separate essay – but the peevishness in continental Europe was clear (and stood in marked contrast to higher levels of trust among respondents in both the UK and in emerging market economies).

Why? We found deep general scepticism in developed markets over the safety and privacy of digital currency. The similar and remarkably high levels of distrust across the three euro area economies surveyed suggest that monetary policy might be a factor behind lower trust in central banks. Some economists have made the case that issuing central bank digital currency would be a way to solve the zero lower bound of interest rates. Our survey indicates that ordinary citizens in these countries would react to such steps with considerable ill-will. 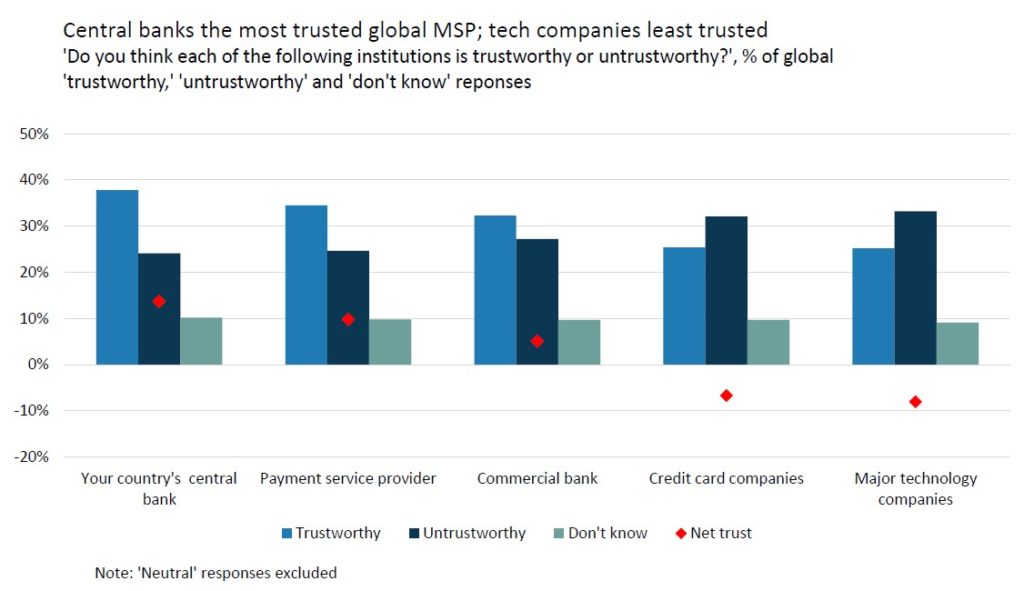 The German press calls negative rates, introduced for new customers of the savings and co-operative banks this year, ‘Strafzinsen’ (punishment rates) causing ‘Enteignung’ (disappropriation). Enforcing negative rates through the abolition of cash is likely to prompt a search for other stores of value, just as inflation does. The magical utilitarian process by which people lend credence to fiat money would be under strain. More importantly, the banking system may then see the outflow of deposits which some originally predicted would result from negative rates per se.

As a senior central banker responsible for financial stability recently told us, ‘People are worried about the absolute value of money. This lies deep in the human psyche. We are about to have one of those discussions about what money is that comes around every 100 years or so’.

Our poll found that several non-western countries are much better placed to implement digital currency. China, to Marco Polo’s repeated amazement in his Travels, already had paper money when he toured the Middle Kingdom in the 13th century. Today’s Chinese are willing to embrace digital currencies, according to our survey, as well as those issued by technology companies, as are Indians and Malaysians. 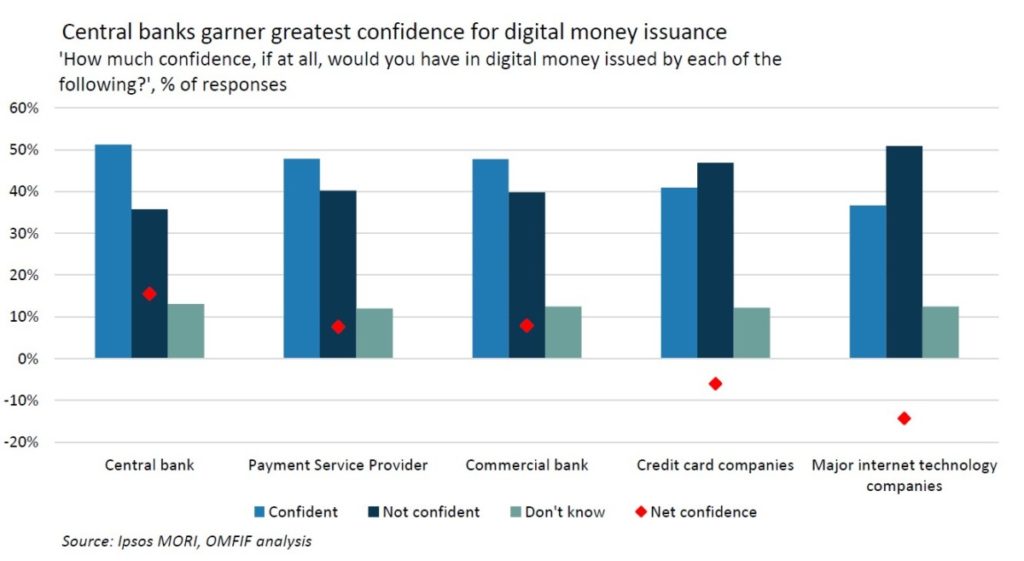 Europe is unlikely to take part in this money revolution unless it wishes to deepen still further an evident surliness toward its monetary institutions, or unless it takes significant steps to ameliorate the public perception of its monetary institutions in other ways. Getting out of negative rates seems a long way off, let alone completing monetary union. There is already no political room for the mutualisation of sovereign or bank risk necessary to complete the economic and monetary union. At a dinner briefing with OMFIF this month, Friedrich Merz, Germany’s Christian Democratic Union rival to Chancellor Angela Merkel, outlined a generally favourable position on European integration. Pressed on details, however, he showed much less enthusiasm on matters such as moving towards fiscal union or revising the German constitutional commitment to balanced budgets.

Italy is the euro member most likely to feature in any forthcoming euro crisis. It is also the country in our survey with the greatest level of distrust towards its central bank (net trust of  minus 11%). Italy continues to spend its scant fiscal space in attempting to reduce its debt-to-GDP ratio (135%, against the 60% Maastricht target) after years of sub-euro area growth. One European Union non-euro member state has even suggested tightening this target to 50%. The Banca d’Italia asserts that euro membership doesn’t impede growth, rather a lack of supply-side reform does. Nevertheless the League party flirted with the introduction of an illegal but ingenious debt instrument as a parallel currency last summer. Markets expressed their distaste by doubling Italian treasury spreads to Bunds. Italy seems obliged to plod on for now doggedly bearing the Maastricht cross.

The euro area economy is growing at its slowest in seven years, and that is before taking into consideration the effects of the coronavirus. Calls are growing for yet more quantitative easing and  further cuts to rates, or rather increases in negative rates. At the 6 February OMFIF-Amundi seminar on asset management, grouping many current and former central bankers, the gloomy talk was of  ‘people’s QE’ and ‘helicopter money’, punctuated by worries about asset bubbles. Central bankers believe, like most other people, that they are ill-equipped to deal with any forthcoming downturn. Given the already low levels of central bank trust in the euro area evinced by our survey, moving deeper into negative rate territory risks bringing a further loss of trust and political capital. This will make necessary reforms to the euro architecture even less likely – a doom loop – and innovations such as digital money almost impossible for official institutions to introduce. To be left behind in that revolution is unlikely to bring closer French President Emmanuel Macron’s dream of Europe as a sovereign continent.

No wonder Christine Lagarde began her European Central Bank presidency by intensifying Mario Draghi’s requests for euro area fiscal activism. The chances of that happening don’t look high. As one participant at our seminar said: ‘What’s lacking is not vision – it’s implementation.’