Watershed for Europe and the world 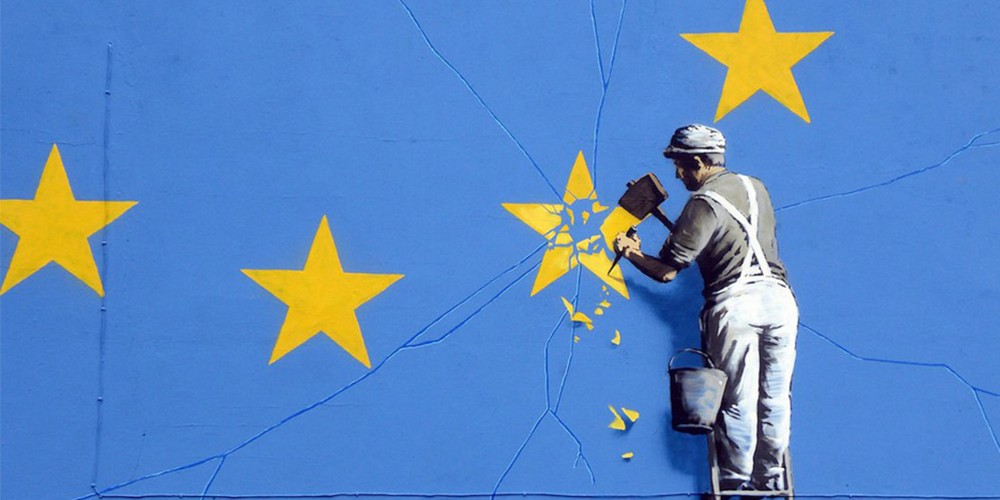 The UK’s departure from the European Union on 31 January, after constant internal attrition during 47 years of adherence, marks an end-point. Not of Europe, but of the hope that a Europe reborn from the ashes of 1939-45 could be a leading global force for prosperity and stability.

‘If one thing seemed certain at the close of the second world war, it was the end of Europe,’ wrote British historian Alan Bullock in 1971 in a magisterial chronicle of the 20th century. Two years later, after a lengthy struggle, the UK joined the European Economic Community. Europe’s rebirth was well under way. Revival faltered soon afterwards, with the oil shocks of the 1970s. The financial crisis in 2008 delivered the coup de grace.

The UK referendum decision in 2016, was by far the biggest setback to the EU since it was set up in 1958. Meanwhile neither the most abject fears of the Remainers nor the most vivid aspirations of the Leavers have been realised. In the penumbra zone of the next 11 months, little changes in day-to-day UK-EU relations, pending a trade deal the UK optimistically wishes to achieve by 31 December. Further squabbles will ensue. But – provided Britain can secure an uneasy but ‘orderly’ outcome in the next stage of the divorce proceedings – there is a strong chance of above-average UK recovery after the uncertainties of the past three years.

Faltering foreign investment is poised to return. One reason for this was summarised by Chancellor of the Exchequer Norman Lamont, delivering a defiant postscript to the UK’s disastrous departure from Europe’s exchange rate mechanism in September 1992. Freed from ERM constraints, Lamont said, the UK would be running ‘a British economic policy and a British monetary policy’. Risks abound. Yet that epithet describes why the UK may fare better than European neighbours constrained by euro area rules that many inside and outside the bloc see as depressing growth.

The British decision to stay outside the Community in the 1950s reflected the pompous belief that the country’s history was more glorious, its constitution more stable, and its people less willing to be led astray than those on the continent. That conviction – founded on the UK’s survival, ruined but proud, on the winning side on 1945 – is broadly the same as that which propelled the Leave vote in the 2016 referendum. The same credo has maintained the political will for withdrawal during the vicissitudes since then. That belief may turn out to be an illusion, as was the case in the early 1960s, when the British were drawn in belatedly towards Europe for fear of being left behind economically by a more successful grouping. Equally, if investment and dynamism pick up again in 2020-21 as economic negotiations with the EU, the US and other jurisdictions proceed, British self-confidence may prove justified.

The European magnetism that drove Britain’s 1973 adhesion has gone into reverse. Europe’s growth momentum has ground to halt – a strong reason (among many) for UK departure. There are parallels with the past. Robin Leigh-Pemberton, Bank of England governor during Britain’s ERM membership, remarked philosophically years afterwards how the UK made good initial use of the ERM, but left when it was no longer of value. ‘Britain benefited from the Bundesbank’s credibility when it was strong, and left at a time when its credibility was starting to fall and it was no longer so useful. It was like leaving the party when the smartest chap there also leaves.’

In 1969, Germany’s rising economic strength was starting seriously to unbalance the Franco-German relationship. Following President Charles de Gaulle’s departure, Paris and Bonn saw the UK in the Community as a valuable stabilising counterweight. Half a century later, that mechanism is still visible. UK departure removes an important element of equilibrium in a fault-riven EU27.

Another big factor behind withdrawal is often stated as Europe’s desire to set up a national state-like entity to match the euro’s monetary unification. The UK’s opposition to the single currency made it the natural candidate to depart. Yet a United States of Europe is not on the horizon. German Chancellor Helmut Kohl said as long ago as 1993 he would no longer use the term. Before the UK referendum Wolfgang Schäuble, German finance minister, now Bundestag president, said Europe must not respond to a possible Brexit by pushing for deeper EU integration. Voters would consider such a response ‘crazy’. Shown by persistent divisions between France, Germany and Italy on the next stage of euro area ‘deepening’, Schäuble’s prediction has proved accurate.

The UK is leaving the EU. The EU is leaving a 50-year period of relative stability. With luck, the UK will profit from economic manoeuvring room as well as the innate flexibility – much displayed in recent days – of Prime Minister Boris Johnson. As all sides jostle for a meaningful stake in a world in transition, this is a watershed that extends well beyond Britain.