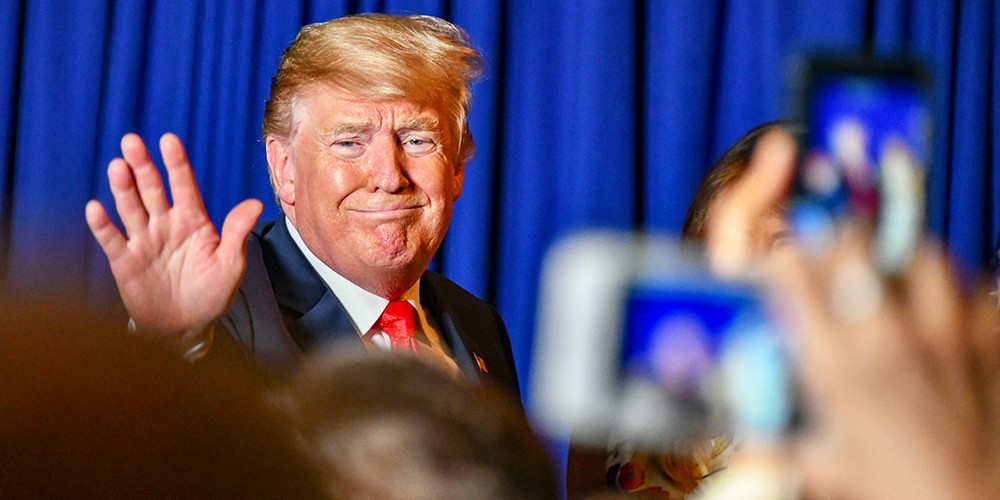 US beset by considerable investor uncertainty

President Donald Trump is adamant the US economy has never performed better than under his stewardship – the economic data tell a different story.

Since Trump assumed office in January 2017, the US economy has grown at only a marginally faster rate than under President Barack Obama. This is despite the substantial tax boost it received in 2017. Stock market prices (Trump’s favourite economic indicator) have increased at around half the pace that they did in Obama’s first three years in the White House. Meanwhile, because of the large tax cut, the US economy has developed a twin budget deficit and trade deficit problem that threatens the country’s longer-run economic growth prospects.

At the start of his administration, Trump said aggressive tax cuts and economic deregulation would lead the US into the promised land of sustainable economic growth of between 3%-4% per year. He insisted the 2017 tax cut would pay for itself through the higher economic growth it would generate. There was no reason, in his view, to worry about the prospect of a ballooning budget deficit.

More troubling still for growth prospects is the fact that, far from the promised investment boom, the US economy has now suffered two consecutive quarters of negative investment growth. This suggests investors have been using the tax cut to engage in share buybacks, rather than to expand productive capacity.

The facts likewise belie Trump’s assurances about the budget deficit. According to the Congressional Budget Office, far from paying for itself, the Trump tax cut will precipitate budget deficits exceeding 5% of GDP for years to come. As a result, the public debt is on course to exceed 100% of GDP.

The deterioration of the country’s public finances limits the scope for resort to budget stimulus policy in the event the economy were to relapse into recession. That in turn would probably make any future US economic recession deeper than it need otherwise have been.

Another of the president’s economic promises was that he would pursue an ‘America first’ trade policy with a view towards levelling the international economic playing field and eliminating the US trade deficit. Here too the data suggest Trump is failing to deliver.

According to the most recent figures, the US trade deficit is running at around 40% above the level it was when Trump assumed office. This should come as no surprise, considering that the increased budget deficit has been a major drain on the country’s level of savings.

All this should not be read as an indictment of tax cuts and deregulation as a means of promoting economic growth. Rather, it reveals the high cost of Trump’s trade wars and repeated attacks on globalisation. By creating an environment of considerable investor uncertainty, the president has neutralised his attempts to use tax policy and deregulation to put the US economy on a higher growth path.

Unless Trump dials back his protectionist trade policy, the US should prepare for continued lacklustre economic performance for the remainder of his term.