‘Only one justification’ for fresh ECB QE 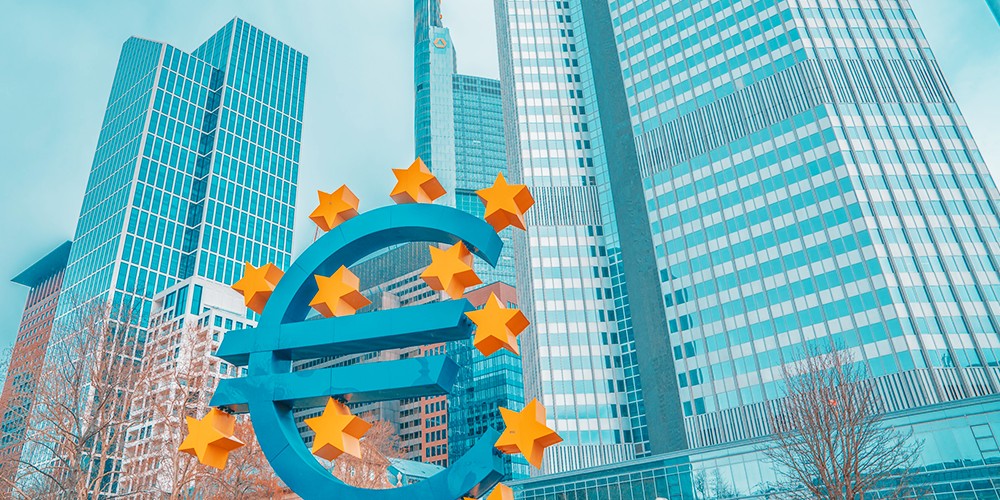 Macroeconomic engineering will not end well

In November the European Central Bank will restart its quantitative easing programme. It has made several arguments to justify this decision: some transparent (below-target inflation, feeble economic growth) and some veiled (over-indebtedness of some states, firms and households, and a need to stimulate euro area exports through currency depreciation).

Meeting the inflation target of ‘below, but close to 2%’ is the ECB’s only statutory objective. The central bank has come to pursue other goals (such as stimulating economic growth) by omission, since other public authorities have failed to do so.

It is unclear what ‘close to 2%’ means exactly. Is 1.7% close enough? What about 1.5%? From the ECB executive board statements, one might draw the conclusion that only 1.9% is considered sufficiently close, which is absurd – no central bank can meet its target so precisely.

Surpassing the inflation target in 2011-12 was countered by increasing the monetary policy rate to 1.5% in 2011 from 1% in 2010. Later the continuous fall in inflation, until its turn into deflation by the end of 2014, was fought with interest rate reductions in the first years of Mario Draghi’s term as ECB president. In 2015, with inflation stubbornly in negative territory, the central bank began its QE and forward guidance programmes.

The problem that needs answering is why in 2019, after two years of inflation hovering between 1%-2.25%, the ECB wants to initiate new QE. Moreover, the instruments at its disposal are scarce. With the monetary policy rate set at 0% since 2016, and with its balance sheet massively expanded, the ECB has little room for manoeuvre.

Central banks create money out of nothing, but not against nothing. Rather, they do so in exchange for an asset (government bonds, municipal bonds, promissory notes) of certified quality. However, these assets are scarce, since they have already been purchased by several central banks under their QE programmes.

The crucial question is to what extent the inflation target of ‘below, but close to 2%’ that policy-makers set at the start of the century still corresponds to reality. Many of the relations that were valid before 2007 no longer hold. The Phillips curve (the inverse relationship between unemployment and inflation) is the best example, though the causes of its demise must be researched further. The fact remains that, for various reasons, the inflation rate corresponding to price stability might have fallen to 1.5% (or perhaps 1%) from 2%.

Stimulating economic growth is not a statutory objective of the ECB. Nevertheless, for the last few years the ECB has been very active in this field, being referred to in some circles as ‘the only game in town’.

This slowdown is typical, as output gaps show. After recessions, economies typically recover lost growth through movement of GDP above potential until it surpasses the trend of growth prevailing before the crisis. 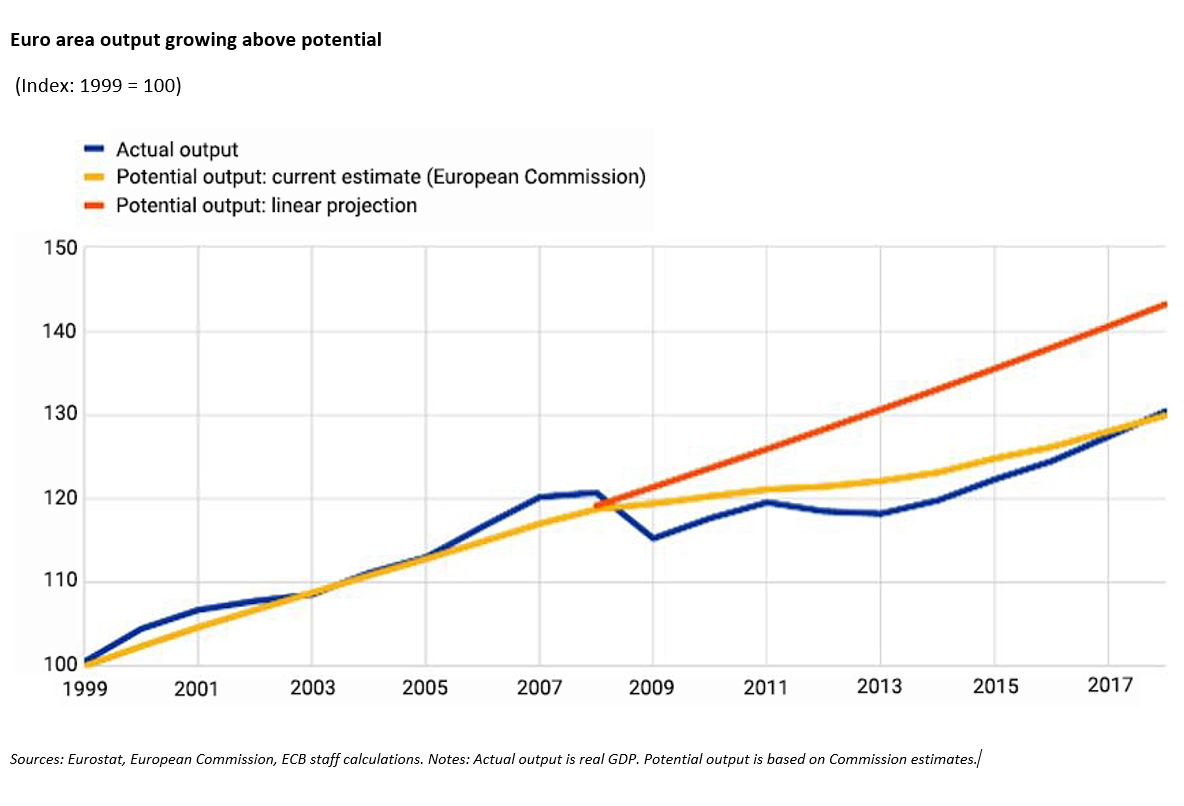 The graph above shows how, beginning in 2017, actual GDP growth (represented by the blue line) is surpassing the trend of growth, meaning the euro area has reached an excess demand phase. It follows that the slight deceleration forecast this year is normal, and even desirable.

The ECB’s efforts to prevent below-potential growth have to do with a paradigm shift in economic thinking. For millennia, it was accepted that economies evolve cyclically. But, starting in the middle of the 20th century, more and more central banks have conducted ‘macroeconomic engineering’ by trying to level down the economic cycle.

Yet recessions represent nothing more than economic normality. It is troubling that some macroeconomists disagree with this. We have thus come to live in a world where excessive growth is accepted, while recessions, however necessary, are rejected. But macroeconomic engineering cannot end well.

Continuing the reduction of interest rates, well into negative territory, might be perceived as an attempt to depreciate the euro against other currencies and to give an impetus to euro area exports. There are several objections to this. First, stimulating exports is not a statutory objective of the ECB. Second, export stimulus is only one component of growth, irrespective of the economic cycle. Third, the euro area has long been the economic entity with the largest current account surplus, at almost $390bn in 2018. In comparison, the US has a current account deficit of around $470bn, while China has a surplus of only $170bn.

Eleven of the 19 euro area states enjoy a current account surplus, so they would not be pressed to stimulate exports further. Of the eight with a current account deficit, only Cyprus is in a disconcerting position, with a negative balance of 6.9% of GDP in 2018. The others’ current account deficits do not exceed 3% of GDP, so it is perfectly manageable under the prevailing circumstances, with no need for a depreciation of the euro.

Further stimulating exports is not a valid argument for QE, neither for the euro area as a whole, nor for individual states.

Of the three possible reasons for continuing QE, only one – meeting the ECB’s inflation target – is endorsed both by statute and economic logic, however debatable it might be.

Valentin Lazea is Chief Economist at the National Bank of Romania. The views expressed are personal and do not represent the official position of the NBR.