Libra and the global monetary system 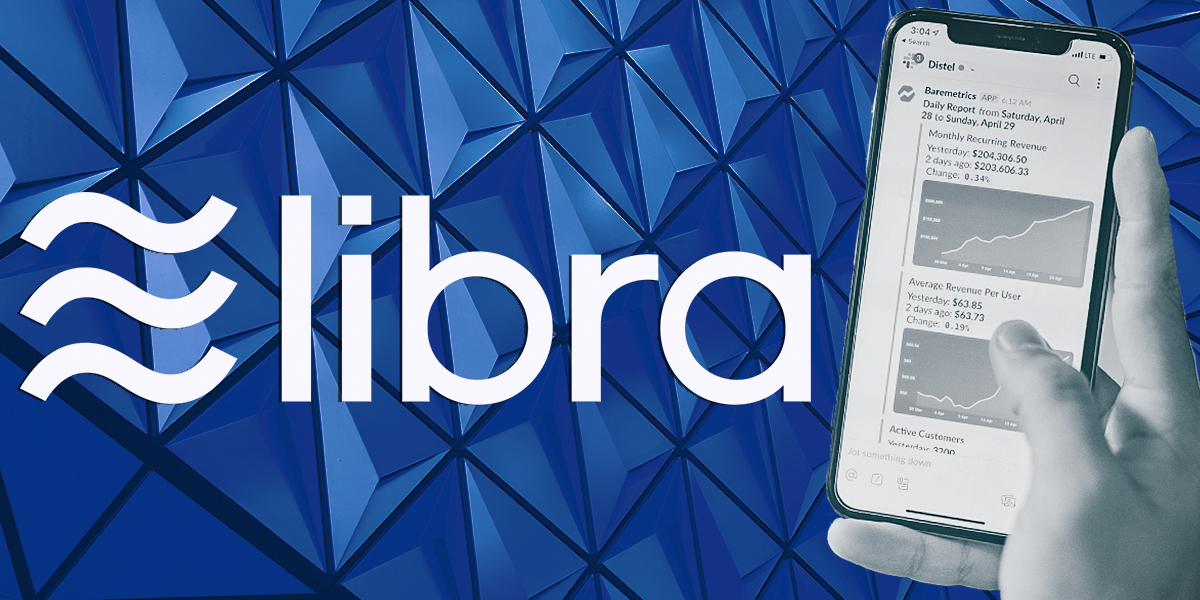 The Libra Association’s proposed global digital currency, Libra, has caused a stir among regulators and finance ministries. Christian Catalini, co-creator of Libra and head economist at Calibra, the Facebook subsidiary that is developing a digital wallet for Libra, and Teunis Brosens, lead economist for digital finance and regulation at ING, speak with OMFIF’s Bhavin Patel. They bring some clarity to the debate around Libra and explore its potential position in the global monetary system.

Bhavin Patel: How will Libra resolve shortfalls in the current monetary system?

Teunis Brosens: Traditional cross-border systems are slow and expensive. For banks, working in different time zones with different opening hours is cumbersome. Additionally, a lot of liquidity is tied up through these methods. There are already a number of financial technology companies and banks that are making improvements to cross-border transfers and remittances. Compared to other cryptocurrencies, Libra has a better opportunity for cross-border success, as it would have intrinsic value (and so less purchasing power volatility) and potentially a larger user base (everyone with a Facebook account).

Christian Catalini: Libra’s mission is to create a globally accessible and open standard for transactions. It has unique features compared to other payments systems. The idea is to create a platform that is fully interoperable, where different financial institutions can all use the same infrastructure and be compatible. This addresses the fragmented nature of payments systems today.

Libra is meant to be different from other cryptocurrencies that act as a store value but which are extremely volatile, making them a bad medium of exchange. Early in the design for Libra, to ensure it was useful as a medium of exchange, it was decided it would need to have backing. This is where the reserve comes in, bringing intrinsic value to the token at the beginning and allowing it to preserve its value over time.

BP: How does the reserve work?

CC: The design of the reserve complements existing currencies. It provides an additional layer, a payments network on top of currencies, to extend functionality and enable all sorts of new use cases. The reserve will be made up predominantly of cash and short-term debt from a limited set of central banks. From a macroeconomic perspective, Libra does not entail any new money creation. Similar to the design of a currency board, Libra does not have any discretion in monetary policy as the reserve will be upgraded under very narrow, transparent and clear mandates. This mandate will be shaped by central banks and regulators, such as the G7 working group on stablecoins and Swiss Financial Market Supervisory Authority (Finma).

When demand for Libra increases, new coins will be minted in exchange for fiat. Fiat will be placed in the reserve and used in part to purchase short-term government debt. If people want to redeem Libra for fiat, the coins they will be destroyed, resulting in fiat being returned to the market. Libra does not have the discretion of fixing the supply of coins as this is determined by the market.

TB: The concern remains that, if Libra reaches scale, it will become a large buyer of safe assets and indirectly affect existing financial markets and monetary policy in those markets. Additionally, if people choose to sell Libra, the Libra Association would then become a large seller of safe assets. While the intention may be neutrality, in practice it could become more influential.

CC: That being said, when a technology company is involved, there is the tendency to jump to very large scales. But there will be frictions to the growth of the reserve. For the reserve to grow, balances need to grow. However, since Libra is intended to be used as a medium of exchange, this ensures the velocity of the coin (how often it is exchanged) is likely to be extremely high. There will also be frictions in adoption. As for Calibra, the wallet that Facebook will develop, every user that will onboard on Calibra will have to show a national document and go through a rigorous know-your-customer process to ensure that the wallet complies with financial regulations.

A relatively small level of reserves could support an extremely high volume of transactions. Reserves will grow slowly and would still probably remain small relative to domestic markets.

BP: What if the reserve basket becomes zero or negative yielding?

CC: The Finma guidelines clearly state one of the necessary conditions for Libra to be granted a payments systems licence (which the Libra Association is currently pursuing) is that the returns and risks associated with the management of the reserve will have to be borne by Libra and not holders of the coin. Returns can be delayed in the case of zero yield. Where the average yield of the basket is negative, that would raise concern for investors, but not users. The response would be guided by the reserve management policy, which will be informed through feedback from central banks.

BP: For emerging markets with volatile currencies, there is the risk of value changes from cross-border flows. People holding non-Libra reserve currencies could find it increasingly expensive to buy Libra as their domestic currencies depreciates against it. Do you foresee problems at the initial buy-in stage from emerging market economies?

TB: From an emerging market perspective, foreign currency relations are dominated mostly by the dollar. The question facing these economies would be, ‘Do we exchange a dollar-dominated foreign exchange market for a Libra-dominated market for some transactions?’

CC: If Libra is used predominantly for sending cross-border transactions, for receiving remittances and by tourists when travelling, its application in domestic markets may be limited. Furthermore, its use case in domestic markets doesn’t look compelling when the dollar and euro are much more liquid and have a physical presence. In an example where a domestic currency is depreciating against Libra, this balance will be worth more in local currency. If Libra is used to receive a remittance that is then used to buy goods and services (requiring local currency), then that depreciation exposure will be minimal than in the case where it is used as a store of value.

BP: Are there risks to monetary sovereignty? How are the conversations with regulators proceeding?

CC: The pre-launch announcement was intended to give us plenty of time to gather feedback from regulators and central banks about Libra’s proposed economic design and rules for regulatory frameworks, including anti-money laundering and know-your-customer rules. The process has been very constructive, and we have received a lot of feedback that we are incorporating. The association is leading changes to the different parts of the design to accommodate the advice provided by global regulators. The idea was to ensure that we get the design right, and this requires collaboration and feedback from all stakeholders.

TB: The issue remains that regulators are thinking beyond Libra as a global remittance currency. In a scenario where Libra is used for more than just remittances, such as if people decide to hold a significant amount of their savings in Libra, there would be concerns about monetary sovereignty. Central banks would lose control of the money supply and their monetary policy would be affected. This could be a greater concern for countries with tight capital controls. Could the Libra Association become a global central bank in such cases?

From the perspective of a small central bank, having its domestic economy ‘Libra-ised’ instead of dollarised means in effect that it would forfeit monetary sovereignty. Those emerging markets that are already dollarised may care less about swapping dollar dominance for Libra dominance. The US, however, could stand to lose out if the dollar’s role as the world’s reserve currency weakens.

CC: This, however, diverts from the fundamentals. Libra at present is optimised as a medium of exchange to enable cheap and fast payments, which is very different to a currency role.

As mentioned, there will be restrictions to large-scale adoption, but, if adoption was widespread, central banks would retain their ability to set nominal interest rates or exchange rates. One change we may see with wide Libra adoption would be the increase in the velocity of money – since the Libra coin is digital, it could change hands more rapidly. Central banks already know how to accommodate this in the light of decades of improvement in payments technology, and it wouldn’t have a direct impact on the money supply.

Bhavin Patel is Senior Economist and Head of Fintech Research at OMFIF. Katie-Ann Wilson is Programmes Assistant at OMFIF. This is an edited and abbreviated transcript of a discussion between Patel, Catalini and Brosens, which can be heard in full here.