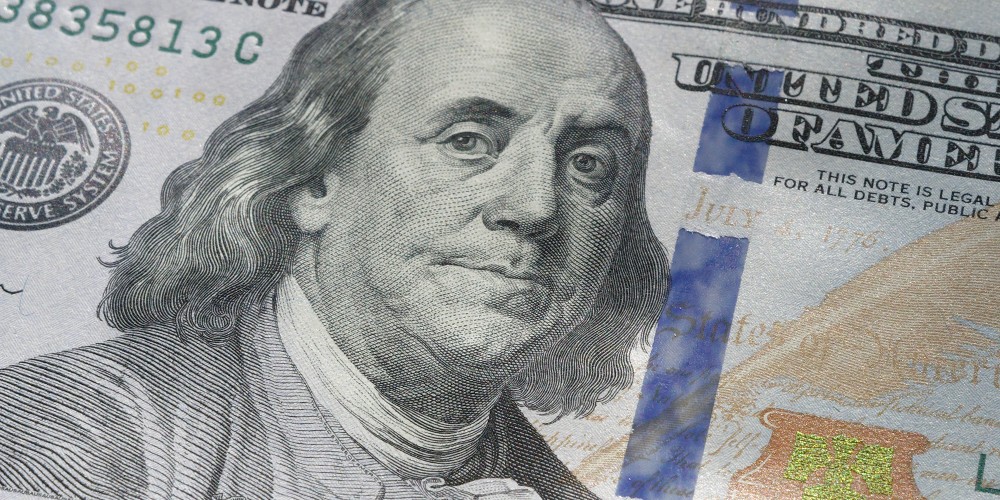 Comprehensive trade deal doubtful as next US election looms

An anaemic global economy is softening. The International Monetary Fund in July projected 2019 and 2020 global growth of 3.2% and 3.5% respectively. These figures will come down.

The US and China account for one-third of global GDP. The US economy, as expected, is slowing this year towards potential. So far, it has held up quite well. This is due largely to solid consumption growth on the back of continuing low unemployment and solid disposable income gains. Inflation is around the Federal Reserve’s 2% objective; the Fed is meeting its dual mandate.

But the tea leaves are hard to read. President Donald Trump’s trade wars are having a negative economic impact, and the unpredictability of what will happen next is hitting investment. Manufacturing is down. The Fed is in an unenviable position, keeping its cards close to its vest.

The global economy is another headwind, and trade wars reinforce downside risks. Germany, an export-orientated economy, is probably in recession; Britain’s exit from the European Union is a major risk; Italian hiccups are always around the corner. Japan’s anaemic economy will be hit in the next quarters by consumption tax increases. Oil market developments raise new questions. Given uncertainties, markets anticipate some further Fed rate cuts. Stocks are around highs.

China has accounted for more than one-third of the growth in global GDP over the past decade. The country faces heroic challenges, and trade is probably not in the top five. An investment-intensive growth model has fuelled China’s rapid development, with state banks funnelling cheap credit to state-owned enterprises.

This model must change. To meet its people’s aspirations, the new model must emphasise consumerism and services, built on the private sector. The new model, coupled with an aging population, lower productivity and deleveraging, will mean a much lower sustainable rate of growth. Indeed, Chinese growth has already come down to around 6% from 10%. Some say the sustainable growth rate a decade from now will be 4%, if not 3%.

Though China understands these points, translating them into action is harder. Growth fell sharply around the turn of the year when regulators cracked down on leverage, which also resulted in a reduction in lending to the more efficient private sector. But even if more and more investment is needed to generate a unit of growth, and even if the banking sector is stuffed with non-performing loans, the credit tap was then turned on again to help meet growth targets – though it is important to underscore China’s use of stimulus is now far more restrained than during the 2008 financial crisis due to concerns over side-effects.

Turning to the US-China trade war, I don’t know about you, but the daily machinations give me whiplash. One day there is good mood music; the next day, Armageddon.

Chinese exports to the US were $558bn last year, around 4% of Chinese GDP. But adjusting for value added probably halves this figure. Plus, not all exports are subject to tariffs yet; and China will lose only a part of these, as sales shift elsewhere. So at the end of the day, the trade war may only hit 1% of China’s GDP.

For the US, higher tariffs will hit US consumers, raising prices and eating into real incomes. Many economists estimate that higher tariffs will offset gains from 2018’s tax cuts. Furthermore, as already noted, trade war-related uncertainties undermine investment and contribute to bigger welfare losses. All told, economists often estimate that global GDP may be hit by around 1% of GDP.

As mentioned, Chinese authorities have set a growth target for this year of 6% or higher. Estimates suggest monetary and fiscal policy easing plus currency depreciation are significantly offsetting the trade war’s hit to growth. Analysts also put the hit to the US from trade and uncertainty around 0.75%-1% of GDP. But again, the US is holding up well and monetary policy has been eased.

So, trade wars and uncertainties, as harmful as they are, don’t seem poised to send the US into recession contrary to much gloom, nor alone derail the Chinese economy. Indeed, China’s deleveraging campaign has probably had a greater adverse effect on domestic growth.

One thing is certain – the US trade deficit is not coming down; to the extent that the US imports less from China, the more it imports from elsewhere.

When asked in early June if I thought there would be a comprehensive trade deal this year, not only was my answer ‘No’, but I also predicted no comprehensive deal before the 2020 presidential election. In the spring, the two sides were reportedly close to a trade deal. But what was then on the table proved too much for China and too little for the US.

Further, still on the table is the structural agenda – widespread subsidisation by Beijing of state-owned firms, large-scale industrial policy, violations of intellectual property rights, and forced technology transfers. This structural agenda is highly legitimate, but it also goes to the heart of the Chinese growth model, which won’t change overnight. And then Huawei landed on the table with a loud crash.

Debates also emerged about China as a geopolitical competitor amid a strengthening domestic consensus in the US about adopting a tougher posture on China.

So, the debate broadened and became more acrimonious. If the two sides couldn’t agree on a trade deal in May, how can they agree to a comprehensive package now?

Trump’s tweets make it clear that he wants China to submit to America’s will. If there is one thing I know about Chinese officials after years of engagement, it is that they can be ruthlessly pragmatic, but they won’t deal from a position of public submission to foreign pressure, or where they have to fret that a tweet will portray them as losers.

Plus, the president knows that Democrats will criticise a weak deal. With the 2020 election around the corner, Trump will have less incentive to tone down his rhetoric or reach a comprehensive deal.

A recession or falling US stock market could check the president’s trade wars. But again, stocks are riding high and the economy is holding up.

Maybe a mini-trade deal could be reached – increased Chinese purchases of agricultural products and a tariff truce; Chinese pledges on intellectual property rights; something on Huawei. That could provide some insurance for the economy and calmer stock markets going into 2020. But striking even a mini-deal won’t be easy, and rest assured the US-China geostrategic and economic competition is here to stay.

On currencies, the dollar is firm. It’s not as strong as in the 1980s or early 2000s, but it is decidedly firm, reflecting relative US outperformance. The dollar also is well bid in a risk-off environment, something trade and allegations of currency manipulation help foster.

Like most currencies, the renminbi has weakened against the dollar.

In the mid-2000s, the renminbi was hugely undervalued, as China ran a 10% of GDP current account surplus and massively intervened. China finally began to allow considerable real currency appreciation.

After the financial crisis, the current account surplus fell, though intervention carried on for several years.

China’s current account is now in slight surplus. China has not been adding to reserves for years. The central bvank has pursued greater market orientation and currency flexibility.

Several factors put downward pressure on the renminbi. First, the economy’s weakening prompted authorities to provide increased monetary policy accommodation. Second, every time Trump slaps on tariffs, the renminbi weakens, as markets believe depreciation will help sustain competitiveness. Third, to limit renminbi declines, China has put in place massive capital controls. But there is a wall of money ready to leave China if possible, and capital controls are known to leak. Fourth, the authorities are keen to avoid intervening in markets and drawing down reserves below the current $3tn level.

On the other hand, the authorities do not want the renminbi to fall quickly, fearing this could drive surging capital outflows and destabilising renminbi declines.

While I long anticipated the renminbi falling below seven per dollar, I also felt the authorities would make sure this happened gradually. That has been the case. China has visibly signalled that the renminbi should not fall sharply and, indeed, the currency has lately steadied just below seven.

When the renminbi moved below seven, the White House ordered the Treasury to declare China a currency manipulator. In my view, this was fully unjustified. The renminbi is managed, but not ‘manipulated’. The facts are these – a small current account surplus; little intervention; and acting to restrain the currency’s decline. Hardly the behaviour of a manipulator.

Some argue for US intervention to push the renminbi up. This is a flawed concept. The IMF found that the renminbi’s valuation is broadly in line with fundamentals. The renminbi market is largely on the Chinese mainland and in Hong Kong. The key players are Chinese banks. The People’s Bank of China can sell unlimited renminbi, offsetting US purchases, and it can easily give guidance to its banks. The Treasury might have to go it alone without the Fed, let alone the G7, contrary to recent history, which would send a destabilising signal.

What does this all mean for macroeconomic policy and financial markets?

The global economy is secularly and cyclically weak. The US and China are slowing, even if they are outperforming. Downside risks predominate.

Policy space to deal with this situation is limited. Japan and Europe have negative rates. US rates are low. China wants to curb credit growth to limit debt and leverage. Fiscal space is generally limited by economic and/or political realities.

Trade and currency tensions are another negative. The unpredictability around these largely US-led campaigns further harms the outlook. Recent oil market developments won’t help either.

Comprehensive trade deals are doubtful, especially as the next US presidential election looms. The US-China geostrategic competition is here to stay. So-called currency wars and spurious accusations of manipulation simply add to the uncertainty, the risk-off environment, and further engender protectionism.

If Trump wanted the renminbi to appreciate and weaken the dollar, let alone create a better climate for global growth and investment, the best thing he could do would be to durably call off his trade wars. At a minimum, even a lasting truce would help.

Despite this less than cheery outlook, stock markets are trading at highs in the US, influenced by monetary policy expectations and highly accommodative financial conditions. But monetary policy may be approaching its limits, especially in Europe and Japan, and there is no coherent strategy for what should follow.

This is an environment conducive to shocks, sharp jumps in market volatility and major repricing of risks and assets. Episodic turbulence is to be expected – fasten your seat belts.

Mark Sobel is US Chairman of OMFIF. This is an edited version of a speech given in Miami at the annual ABS East Conference.