Trouble in US repo markets 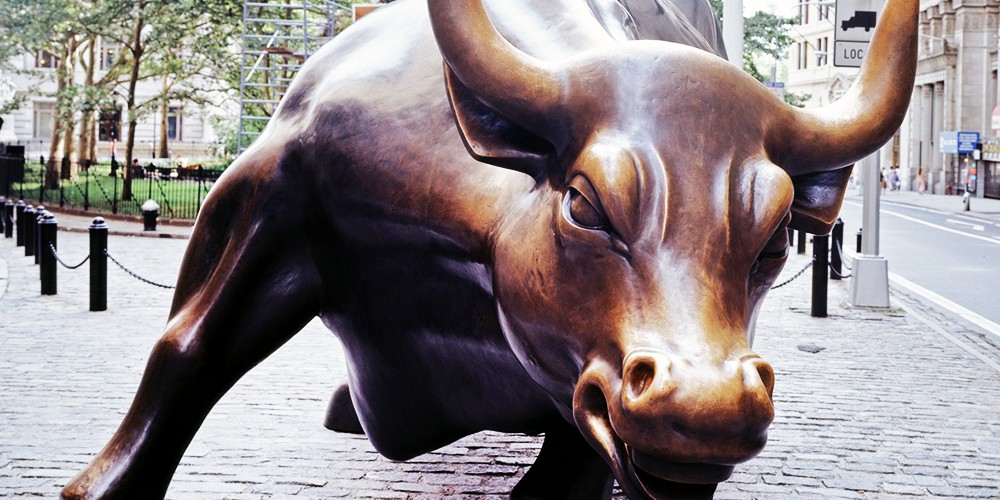 There are many plausible narratives that might explain the mid-September squeeze in the US overnight funding market, but they all come down to initiating a race to hoard cash.

Essentially, at a certain point on Monday 16 September, somebody wanted to acquire one dollar more than the market could supply, significantly pushing up the borrowing rate in the overnight repo market. Whether it was a corporation seeking to obtain dollars to pay quarterly taxes due, the government needing to meet its payroll, or an investor financing an initial public offering outside the US, it was one dollar too many.

The repo market operates under the assumption that there is always sufficient liquidity in the US government bond market. An actor in this market posts safe, liquid securities (Treasuries and other high-quality bonds) as collateral for short-term cash loans. These are paid back with interest to the cash lender, and the borrower is returned their securities collateral.

Large demand for cash will push up the interest rate that is required to clear up the market. Mid-September’s liquidity mismatch was sufficient to drive the interest rate in overnight funding market to its highest level since 2009.

Explanations for the lack of liquidity ranged from quarter-end funding needs and post-financial crisis regulation of bank reserves, to a surge in government borrowing needs (requiring more cash to chase ever-increasing supplies of Treasury bonds). Eventually, the Federal Reserve Bank of New York undertook a series of daily interventions in this market – essentially offering sufficient cash to restore rates to manageable levels.

There are other factors at play, however. The secured overnight financing rate is intended to serve as the new benchmark for short-term cash lending, replacing the London interbank offered rate (Libor). Unlike Sofr, Libor is not collateralised, as it assumes participating banks are solid enough counterparties to lend to and borrow from each other.

Financial disintermediation has led regulators to look to replace Libor, in operation since the 1970s. This is pertinent to the events of 16 September, because Libor’s diminished importance effectively removed a potential alternative short-term market to help clear the cash bottleneck in repo markets.

The Fed’s last Financial Stability Report shows that repurchase agreements declined in importance to 17% of GDP today from 33% in 2008. However, since the financial crisis, while US domestic debt dropped to 326% of GDP from 371%, the share of government debt increased to 31% from 18%. 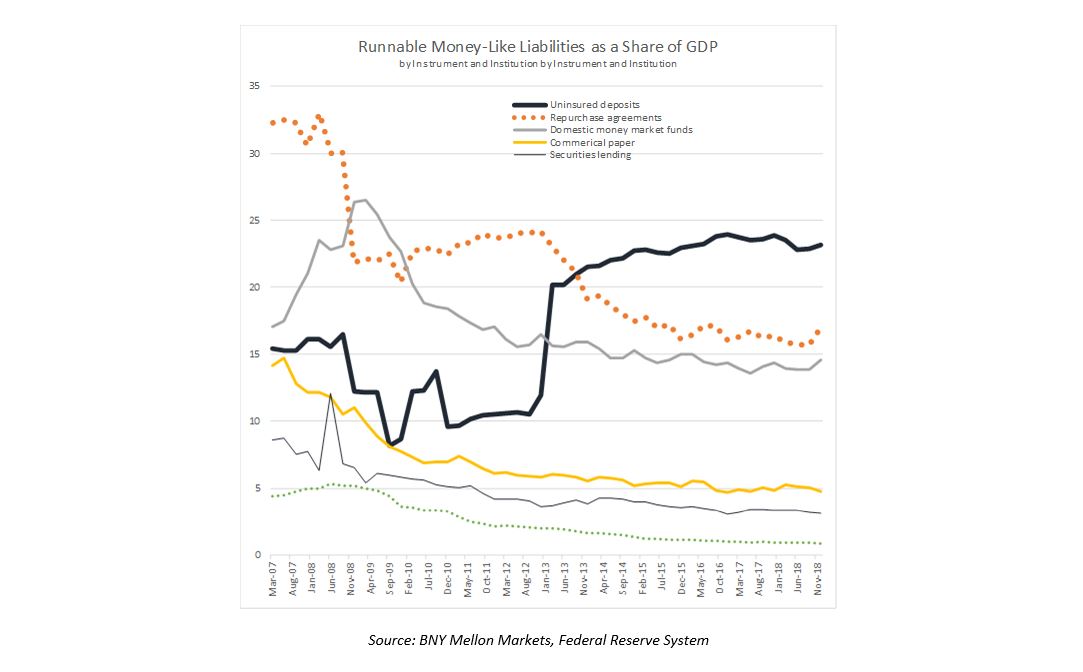 Repo markets are symptomatic of a larger trend.

One important consequence of bank disintermediation following the 2008 financial crisis is dwindling liquidity in markets otherwise presumed to be operating smoothly. This is not an imminent systemic risk because the Fed, along with almost all central banks, is easing policy. Nevertheless, onlookers should be on guard for potential disruptions as the global economy slows.

One leverage yardstick within the banking system is loan-to-deposit ratios. LTDs reached 98% in November 2008, bottomed out at 72% in April 2014 and now stand at 77%. Low LTD ratios have had a meaningful impact on bank profitability.

Net interest income as a share of interest-earning assets dropped to as low as 2.5% in March 2015 from 2.9% in September 2008. It now stands at 2.7% but should drop as the Fed advances in its easing cycle. Lower leverage and profitability in the banking system has pushed money multipliers lower. The velocity of money (using M1 as an aggregate) has declined to 5.6 today from 10.6 in June 2008.

At the same time, bank disintermediation has increased the importance of non-bank agents. These agents could be broadly defined as alternative liquidity providers. The International Monetary Fund in its last Global Financial Stability Report listed four important concerns.

First, exchange-traded and mutual funds provide illusionary liquidity to otherwise illiquid assets. High yield and mutual funds hold 21% of the $1.3tn US high yield market. These agents are increasingly constrained to their own benchmarks with little leeway to provide liquidity when opportunities arise. These same agents hold 18% of the $5.1tn US investment grade bond market.

Second, insurance and pension funds constitute a large portion of the investor base in corporate bonds. These agents are restricted by credit ratings. Analysts value US and European combined triple-B-rated bonds at $4.4tn, roughly four times the amount observed before the financial crisis. A global slowdown may trigger an unprecedented spate of ‘fallen angels’ as downgrades cause issuers to lose investment grade status.

Third, foreign investors still are overly exposed to dollar-denominated assets. Lower interest rates in the US may push these investors to change their foreign exchange hedging behaviour following credit rating downgrades. Since 2008, foreign investors’ share in corporate bond holdings increased to 30% in the US from 25%.

We will be monitoring these sources of non-bank liquidity to be stress-tested in the coming years. Fed and global central bank easing will help cushion collateral damage in the next few months. Nevertheless, in the event of a more meaningful global activity slowdown, air pockets will be more frequent.

Daniel Tenengauzer is Head of Markets Strategy and John Velis is FX and Macro Strategist for the Americas at BNY Mellon.