Renminbi slides past Rmb7 per dollar 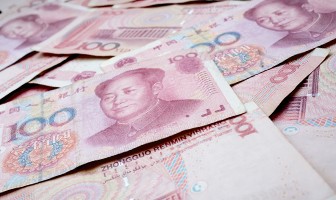 PBoC will move to mitigate risk of large capital outflow

David Marsh, chairman and co-founder of OMFIF, interviewed Mark Sobel, OMFIF’s US chairman, on the meaning and consequences of the renminbi falling through Rmb7 per dollar.

DM: You have written many OMFIF commentaries about the Chinese currency and most recently in May that the probability of the renminbi falling through Rmb7 per dollar was escalating. Were you surprised by the latest developments?

MS: No and yes. We all knew that every time President Donald Trump threatens more tariffs on China or actually applies them, the renminbi sinks. Before the president’s latest salvo, the renminbi was already within a few percentage points of seven. So, once Trump announced the tariff increase, the descent through seven was unsurprising. But I found the announcement surprising.

DM: But Mark, you wrote that a decline through Rmb7 per dollar would reflect ‘economic reality’. The Chinese clearly let the renminbi fall. This strikes me as a nakedly political act in retaliation for Trump’s latest announcement, not an economic reality, aimed at sending the administration a message and offsetting the competitive loss from the tariffs. Don’t you agree?

MS: In some ways, yes. Renminbi depreciation does offset the impact of the tariffs on lost competitiveness. The Chinese have long been resisting the renminbi falling through seven. That number was imbued with significance on the administration’s side. On the Chinese side, even if the distance between Rmb6.9 and Rmb7.1 is only a few percentage points, there has been some apprehension in the past that a fall through seven could trigger accelerated capital outflow. So, of course, the central bank – which is not an ‘independent’ institution – clearly got a green light from China’s senior leadership to let the renminbi fall through seven. It was certainly political in that sense.

DM: Exactly. They could have prevented this. So it isn’t economic reality.

MS: I still think it is economic reality for a number of reasons. First, had it not been for Chinese resistance, the renminbi would probably have fallen through seven a while ago. Remember, it was weakening on the Chinese deleveraging slowdown, the associated monetary easing and the trade war. But China resisted renminbi depreciation – it jawboned the markets not to sell renminbi; it squeezed short positions; there was undoubtedly administrative guidance to the markets; it intensified capital outflow controls; and there was probably some modest intervention by Chinese state proxies to support the currency – a subject that has been well analysed by Brad Setser at the Council on Foreign Relations.

Second, the Chinese economy is still just steadying from the impact of the deleveraging campaign, while it’s hurting given the trade war. In the face of that, they are not going to tighten monetary policy to support the currency. They could intervene to prop up the renminbi, you could argue, but they haven’t been doing so for a long time. They’re trying to promote more currency flexibility, and they have no desire to draw their reserves below the roughly current $3tn level. Those are economic realities.

DM: So what’s next in your view?

MS: I think the renminbi had been hovering around seven for long enough that seven had lost its numerical mystique. Statements by the People’s Bank of China in past months sought to reinforce that point. But I’m sure the memories of the massive and rapid capital outflow and reserve drawdowns in 2015-16 continue to weigh on the central bank. Further, given that China’s current account surplus is largely disappearing, the central bank may be concerned that a large capital outflow could quickly pressure the renminbi downward and create more instability. And let’s not forget, many Chinese appear to want to get their money out, and history tells us that capital controls – even tight Chinese controls – can leak. Hence, I’d expect the PBoC to keep an eagle eye on the situation. In my view, it will probably seek to prevent any rapid, volatile or major renminbi decline through the continued implementation of tight capital controls, jawboning, and use other tools at its disposal. And of course, I’d expect stepped up volatility in global markets this week.

DM: So, how do you expect Trump to respond?

MS: Well, that’s always a wild card. One thing is for sure – the president will use these developments to continue pounding the Federal Reserve to lower rates. I also think that all the market commentary on currency wars and possible US foreign exchange intervention will ratchet up. On currency wars, I expect heated rhetoric that will accelerate market volatility. But I am not inclined to see US intervention in the renminbi as realistic. The renminbi market is largely in China and the Chinese could easily offset any effort; an attempted US intervention would also increase global market tension and further send US and global stocks reeling.

David Marsh is Chairman and Co-Founder and Mark Sobel is US Chairman of OMFIF.