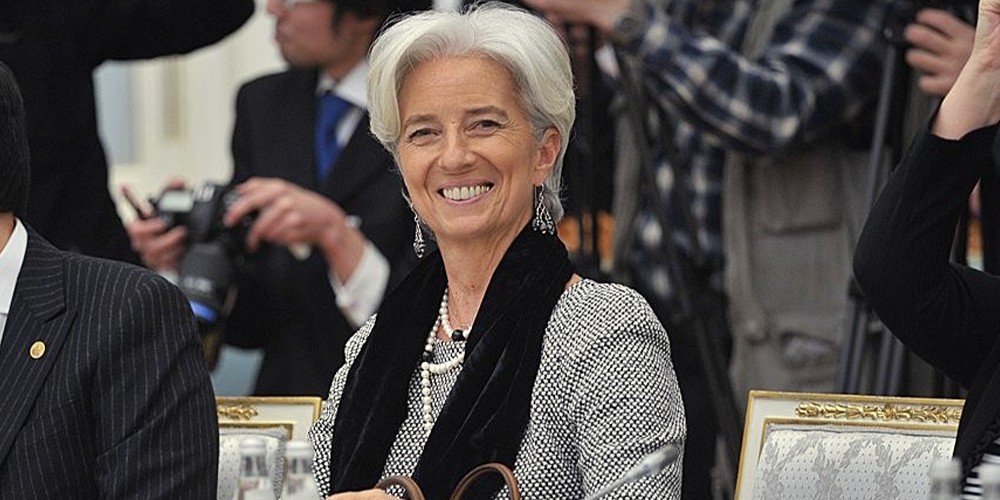 After eight years, Lagarde has left the IMF a much stronger institution

Christine Lagarde entered as managing director of the International Monetary Fund in difficult circumstances following the Dominique Strauss-Kahn scandal. Lagarde, a tireless ambassador, rebuilt the Fund’s reputation through persuasion, diplomacy and the force of her personality. She made sound staffing selections, surrounding herself with a strong team and drawing on their expertise. She was fortunate to have David Lipton, first deputy managing director, at her side.

The IMF did ultimately shed the junior partner role.

Greece’s programme was contentious. But from 2015 on, Lagarde rightly backed staff in not extending financial support. Europe pretended Greece could grow robustly and demanded excessive austerity as Germany, in particular, was unwilling to provide sufficient debt relief. Greek programme ownership was questionable. The programme was hardly sustainable despite over-the-top European spreadsheet gymnastics.

The other European programmes – Portugal, Ireland, Cyprus, Spain – in the end went well enough, though there were missteps and historians will have much to debate.

Lagarde rightly plunged ahead into a high-risk Argentine programme, while other difficult programmes such as Ukraine and Egypt delivered some solid results.

The Fund took keen interest in euro area institutional issues and, for most part, got things right. It backed the European Central Bank and forceful monetary policy accommodation. Despite pushback from Germany and the Hansa (the Netherlands, Ireland, Nordic and Baltic states), the IMF called for a balanced approach to risk sharing and reduction and the creation of a centralised fiscal capacity, urged countries with fiscal space to use it, and encouraged Europe to strengthen banking union with the advancement of deposit insurance.

The Fund could have chastised the US far harder for its fiscal profligacy in recent years and destructive trade policies. More generally, Lagarde kept the IMF off the Donald Trump administration’s radar, avoiding attacks that other international institutions suffered.

The Fund’s rapport with Asia improved significantly during Lagarde’s tenure, and she toiled to build its relationship with China. The renminbi was brought into the special drawing right basket, a reasonable decision, especially as the People’s Bank of China used that to help liberalise Chinese financial markets. Staff analyses of the Chinese economy have been taken on board by China’s leaders. These efforts gave her the credibility to speak frankly to China about the Belt and Road initiative’s impact on debt sustainability, a dialogue that must continue and deliver more results. Through no fault of her own, the IMF has been less successful in boosting China’s hugely underweight voting power.

IMF resources were another theme. The US was three years late – long the only holdout – in ratifying the 2010 quota increase. Given global anger, she kept on sufficient pressure, while giving the administration space to press congress. Recently, she correctly stressed the imperative of maintaining overall Fund resource levels, even in the face of a reluctant US. How this plays out is yet to be seen.

On the core mandate of external sector and exchange rate analysis, the Fund improved, and certainly so relative to its failures prior to the 2008 financial crisis. The ‘External Sector Report’ is a strengthened document, catalysing debate about currency valuations and excessive surpluses and deficits. But staff advice on large surplus countries can still be quite iron-deficient.

The IMF is a much stronger voice in addressing corruption. The Ukraine programme stands out, as does the Fund’s adoption in 2018 of a new framework for enhanced engagement on governance. But there is more work to do.

The managing director focused heavily on low-income programmes, and especially protecting social safety net spending. The macroeconomic effects of inequality were another constant, and in particular how the reduction in the share of labour income hurt consumption and growth. Climate issues are likely to take on increased macroeconomic relevance, a topic Lagarde pushed. As expected, she was a forceful proponent for urging changes to policies and practices on gender.

Lagarde will be well remembered at the IMF. Au revoir.