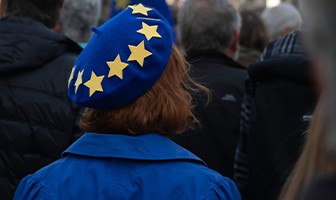 Euro area reform is proceeding at a snail’s pace. The May European elections exposed a politically fragmented European Union. The underlying picture is worsened by Britain’s impending departure, possibly on very fractious terms. The decisions to bring Christine Lagarde and Ursula von der Leyen to the helms of the European Central Bank and the European Commission underline the EU’s ambitions for a fresh start. The time is ripe to enact a radical proposal that would make genuine risk-sharing in economic and monetary union politically acceptable.

EMU governments should gradually introduce guarantees from the European Stability Mechanism, the EU’s sovereign bail-out fund, to the entire stock of outstanding government debt for euro area countries. This necessary reform would offset a probable contraction in national governments’ economic sovereignty that could ensue from other planned changes, not yet registered by public opinion, in future EMU debt arrangements. Unless such imbalances are rectified, we could see in indebted southern countries a further dangerous backlash against mainstream European policies.

Under proposals from an Italian economists group including myself*, the portion of ESM-backed debt could rise annually by an amount equal to each country’s sovereign debt rolling over each year. In exchange for this guarantee each country would pay periodically to the ESM a premium determined by the part of its credit default swap’s price that exceeds the euro area average, reflecting financial market confidence in the solidity of its financial position. The greater the market’s confidence, the smaller the country premium. Such market data and appropriate conduct rules would encourage even the most indebted states such as Greece and Italy to implement co-operative and fiscally sound strategies.

Our proposal does not imply any debt restructuring. All borrowing and repayment obligations would be unchanged. The ESM – and ultimately the ECB – would undertake to intervene only in the event of major financial difficulties, provided they are not brought on deliberately by moral hazard, for example, if Italy implemented an expansive fiscal stance that was clearly condemned to fail and to lead the country on to the brink of bankruptcy. This underlying commitment would be unchanged from the present arrangements. EMU membership, by ending individual countries’ capacity to lower their currency’s value and ‘print money’ to escape financial trouble, can increase the risk of distress in these countries. Our proposals would reduce this risk.

With such a system of sovereign risk sharing, markets would be likely to bet on EMU members’ interest rate convergence. In the medium to long term this would eliminate yield spreads, promoting transition to a federal debt instrument in the form of Eurobonds issued by a single euro area finance ministry.

There would be other benefits. Funds collected as insurance premiums would finance the ESM’s recapitalisation. Although its authorised capital amounts to €700bn, only €80bn is paid in. Increased ESM firepower would support a euro area investment plan and promote economic recovery in weaker regions.

All this would accelerate EMU reform efforts held up by systematic opposition from eurosceptic countries. These setbacks add to discontent and anti-European feeling in many states, creating a vicious circle from which we must break free.

In its last meeting the Eurogroup reached an agreement on an ESM-funded backstop to the Single Resolution Fund. Apart from this, little has been achieved. Strict criteria for accessing precautionary credit lines in the event of serious financial distress for a member country now pose insurmountable hurdles to those states that would urgently need them. It suffices to consider that a simulation of the European Commission based on macroeconomic data updated to last April shows that 10 out of 19 countries could not access this liquidity line in case of emergency. Even France and Finland are blacklisted.

It is the same story for the euro area budget instrument: according to the Eurogroup, the available funds should only support a higher degree of convergence and competitiveness among member states, whereas no countercyclical stabilisation mechanism is foreseen. Probably the allocation of funds to countries will not have to match the real investment needs (southern countries need more development projects), but it will simply return the contributions paid apart from minor deviations. In short, nothing more than a round trip.

On the other hand, as part of the EU’s plans for strengthening debt sustainability, starting from 2022 the collective action clauses in euro area government bonds will become ‘single limb’. This will give most bondholders across a series of bond issue the power to accept a restructuring, without having to achieve a quorum at the level of each individual issue. Official sector creditors can be expected to play a dominant role in setting terms in any restructuring. So the move to single-limb CACs will further reduce sovereignty of issuing governments over their public debt, especially if (as some have suggested) the new clauses include a ban on redenominating in a currency other than the euro.

Significant opposition could ensue once politicians realise that these ideas transfer more power to European institutions at the expense of national governments. To offset such hazards, plans such as ours for sharing risks and increasing protection through the ESM will become ever more necessary.

Marcello Minenna is Head of Quants at Consob (the Italian Companies and Exchange Commission), PhD Lecturer at the London Graduate School in Mathematical Finance and Adjunct Professor of Quantitative Finance at Bocconi University.

*The economists group includes, besides Marcello Minenna: Giovanni Dosi, professor of economics and director of the Institute of Economics at the Scuola Superiore Sant’Anna in Pisa; Andrea Roventini, associate professor at the Scuola Superiore Sant’Anna; and Roberto Violi, senior director and head of risk management quantitative models and analytical research team at the Banca d’Italia.