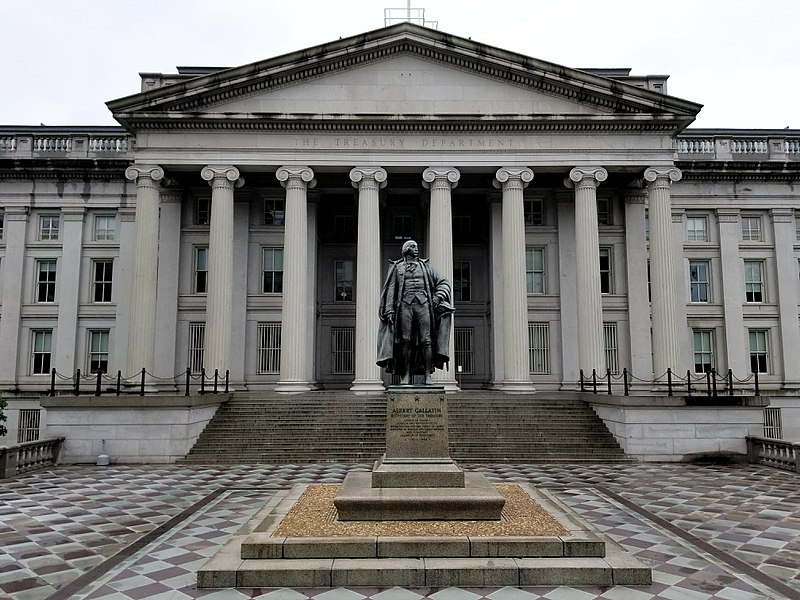 David Marsh, chairman and co-founder of OMFIF, again interviewed Mark Sobel, OMFIF’s US chairman, about the Chinese renminbi and the US Treasury department’s response to recent events.

DM: Mark, we spoke yesterday about the renminbi falling through Rmb7 per dollar. But it appears we need to do so again to digest the meaning of the Treasury department’s designation in the evening 5 August of China as a currency manipulator. As I asked yesterday – were you surprised?

MS: Yes. Perhaps I’m naïve. But the Treasury hasn’t designated any country for manipulation since 1994. It didn’t designate China in the 2005-08 period when a case to do so existed, as Beijing was running a 10% of GDP current account surplus and intervening heavily. But surely, there is no case today.

DM: Why do you see no basis for designating China today? After all, by letting the renminbi fall, isn’t China purposely offsetting the impact of President Donald Trump’s tariffs and keeping their competitiveness?

MS: In many OMFIF pieces, I’ve said one needs a framework to evaluate whether ‘manipulation for the purposes of preventing effective balance of payments adjustments or gaining unfair competitive advantage in international trade’ is taking place.

And like the Treasury for many years, until yesterday at least, the framework used involved examining whether a country had a large current account surplus and intervened heavily in currency markets to keep its currency down. Of course, the Treasury also looks at whether a country has a large bilateral surplus against the US, mainly because the law so instructs, even if the fine Treasury economists know bilateral balances are somewhat meaningless.

China’s current account surplus is nearing balance. China hasn’t intervened to build up reserves for years. In fact, China over the last year had been propping up the renminbi against downward pressures by jawboning and talking to its banks, fixing the renminbi higher than the market price, squeezing short positions and tightening capital controls. It is foolhardy to argue China is ‘manipulating’ its currency.

Obviously, China’s leadership signed off on the renminbi falling through seven. The Trump administration now argues that because China is not acting to prop up its currency in the face of downward market pressures, China is guilty of ‘manipulation’. Put differently, it seems as if the Trump administration is designating China because it wants China to ‘manipulate’ its currency up, rather than let it fall in response to market forces set off by the president’s own tariff pronouncements.

DM: What will be the consequences of the Treasury’s ‘manipulation’ finding?

MS: Most importantly, I fear it will intensify strains between the US and China, reinforce the trade war, unleash global currency tensions and add to financial market volatility. This may increase global downside risks and hurt growth.

Two statues govern the Treasury Foreign Exchange Report. As a matter of law, the 1988 Omnibus Trade and Competitiveness Act, which mandated the Treasury report, says if manipulation is found and the concerned country has a material global current account surplus and significant bilateral surplus with the US, then the Treasury secretary should start expedited negotiations with that country to fix the problem.

The 2015 Trade Facilitation and Enforcement Act says that if after one year of enhanced bilateral engagement the country hasn’t adopted policies to address a surplus or undervaluation, a number of remedial actions would apply. These include, inter alia, no lending to the country by the Overseas Private Investment Corporation, the US couldn’t procure goods from the country, the US director at the International Monetary Fund should call for additional rigorous IMF surveillance, and the president should instruct the US Trade Representative to assess whether to enter into a bilateral or regional trade agreement with that country.

So, in essence, these remedies are like flagellating a country with a wet noodle.

DM: What about intervening to push up the renminbi?

MS: That could be a real mess. Intervention is more likely to succeed when co-operative. I don’t think the US would have much international support. I’m not even sure the Federal Reserve could be dragged into going along with the Treasury. To be effective, a very large effort might be needed. But the Treasury doesn’t have a large war chest. Also, the Chinese could offset Treasury efforts. The renminbi market is heavily China-based, and the large Chinese banks are state-owned and will heed the People’s Bank. Finally, the dollar often rises in a risk-off environment, and a US intervention could trigger such an environment.

DM: What comes next?

MS: It’s hard to say. It won’t be pretty for the next few days. A falling US stock market could perhaps constrain Trump’s appetite for more currency strife with China. Similarly, Beijing probably doesn’t want the renminbi falling too far and/or quickly for fear of a destabilising wave of capital outflow and can pull some levers. Let’s hope everybody chills soon.

David Marsh is Chairman and Co-Founder and Mark Sobel is US Chairman of OMFIF.