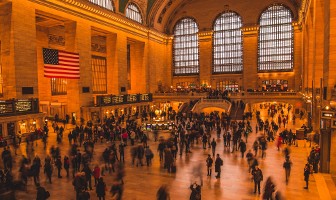 More than ever, the Federal Reserve’s explicit focus is shielding the US against threats to the business cycle. It believes its mission is to rebuff recession – even if all its policies achieve is to keep debt cheap for a while longer.

The main risks the Fed sees are President Donald Trump’s erratic trade policy and the weakening global growth picture, which Chairman Jay Powell has called ‘cross currents’ amid an otherwise resilient US growth outlook.
Yet the Fed has equivocated about how a rate cut would help the economy and keep recession at bay. It can be criticised for articulating its arguments more in relation to financial markets than the ‘real’ economy.

In fairness, what counts is the impact of Fed action and communication on financial markets, particularly the bond market curve. This influences interest costs across the spectrum of borrowers – from US mortgage borrowers, who borrow at the long end of the curve, to corporates, who usually issue debt at the short or medium end.

The second impact of rate action is the signal it sends of the Fed’s willingness to provide liquidity to bond markets, which is important since credit crunches tend to amplify recessions. The 2007 subprime crisis morphed into the great recession because banks closed credit lines across the board, from corporate loans to global trade finance, triggering a vicious spiral. As a result, today’s Fed is especially sensitive to the functioning of bond markets.

Despite rising doubts of a collateral ‘wealth effect’, with rate cuts percolating down to consumers, the Fed believes this to be a third impact of its rate actions. Appreciating asset prices (in the form of equities in retirement accounts or house prices, for example) boost consumer confidence, leading to more spending – at least in theory. Some studies suggest the relationship between stock indices and actual consumer spending is tenuous at best.

While each recession is different, each seems to be preceded by some sort of credit crunch. The financialisation of the US and global economy over the past 30 years exacerbating the effect. But each previous recession has also been preceded by downward pressure on corporate margins, with profits declining while costs go up. The squeeze on margins leads firms to freeze hiring and spending plans, leading to the negative spiral of falling consumption and investment, and then recession.

The good news is that, seen from this perspective, the risk of a margin squeeze remains moderate. US wage gains are still tepid in aggregate and corporates’ financing costs remain low. A near-term recession is doubtful.

Unfortunately, the Fed’s monetary policy does not seem to be percolating down to consumers. Despite the Fed’s dovishness and the recent fall in market interest rates along the bond curve, the average interest rate on credit cards rose to 17.1% in the second quarter of 2019, the highest level since such records began in 1994.

This, coupled with growing usage of credit card debt, means US consumers’ debt service burden is rising. Peaks in debt service tend to coincide with peaks in the business cycle. For instance, a previous peak was reached in June 2007, preceding the recession that officially started in December 2007.

The Fed, I would argue, pays insufficient attention to the transmission of its monetary policy to end users, and in particular to consumer-borrowers – although the transmission to this segment is naturally more indirect than, say, to global corporates that borrow on international bond markets linked more directly to Fed rate policy. Consumer credit is mostly a microeconomic phenomenon, dependent on commercial banks’ terms, which in turn are linked to the perceived credit quality of the borrowers, the credit cycle and competition. Interestingly, there has been an unusual increase in delinquencies lately (although they remain low historically), while loan officers’ surveys have shown some tightening on credit card lending conditions, despite still solid labour market metrics.

The Fed is unlikely to change its focus or to target specifically the consumer debt market as part of its thinking on supporting the US business cycle. This said, consumer-borrowers could well become frustrated at being forgotten by Fed policy, especially if the gap grows between fed rates and rates on credit cards – with the possibility of political reverberations. Some Democrats are already calling to cap interest rates on credit cards, although without asking (for now) the Fed to be more involved in that domain.

The US consumer debt market is still worth monitoring. While the Fed seems to have corporates’ financing under control, the slippage in consumer debt metrics could be the Achilles heel of the current US expansion.

Thomas Costerg is Senior Economist at Pictet Wealth Management. This is an abridged version of a report first published by Pictet.