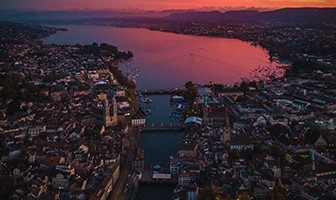 A stand-off between Switzerland and the European Union has left Swiss stock exchanges facing a shutout from trading across Europe, a foretaste of what could befall the City of London under many Brexit scenarios.

The EU Commission has informed Berne that the current access of the Zürich-based SIX Swiss Exchange, one of the world’s top 20 bourses, worth Chf1.6tn (£1.3tn), will end on 30 June.

The decision has been a long time coming. The Swiss government has tossed and turned trying to put off pronouncing how far the Alpine nation’s economy should be integrated with its neighbours.

The paradox is that Switzerland has Europe’s highest level of EU immigrants in its population – around 26% of the Swiss population was born in the EU. In 2014, the Swiss parliament repudiated a narrow referendum decision to ban free movement of EU citizens into Switzerland.

In short, the Swiss can reasonably lay claim to being as co-operative with the EU as possible for a state that is not even in the European economic area (to which Norway, Iceland and Lichtenstein belong, and which some British parliamentarians believe would suffice for the UK).

The Swiss have been negotiating more than 100 bilateral accords with Brussels for 26 years, another hint towards the ‘Brexeternity’ that may lie ahead if and when UK-EU negotiations restart – assuming probable-Prime Minister Boris Johnson does not opt to leave the EU without a deal.

Brussels has politely said that this decades-long haggling over the small print of how Switzerland and its EU neighbours can coexist to maximise commerce and keep borders fully open (although there are tough border customs controls) must be replaced by an overarching framework agreement.

Part of the deal is that the Swiss should accept EU rules on so-called ‘posted’ workers – employees from, for instance, a German or Slovakian firm sent to Switzerland to work on a country-specific contract. The Swiss trade unions insist that the 80-year-old ‘Friedensvertrag’ (peace treaty) which covers all employer-worker-union relations in Switzerland must be honoured. It is not exactly a left-wing socialist agreement, and women in particular are poorly treated by Swiss firms. But it does guarantee the right of unions to make representations and to uphold existing agreements.

The problem is that the EU Commission says the Swiss must conform to EU norms, which means the issue goes to the European Court of Justice in the event of a dispute.

The ECJ case law has tended always to side with the bosses, with judges usually opting for a neoliberal ideological interpretation of EU law covering employer-employee relations. The Swiss system of consensual, cautious checks and balances in labour relations would be disrupted if an ECJ ruling came down hard on one side in a dispute over posted workers or indeed other aspects of social partnership policy.

The Swiss ‘government’ is actually a seven-member cabinet – the Federal Council – elected proportionately with seats reserved for all main parties. Today two members of the council are socialist and two come from the Swiss People’s Party, which is virulently anti-EU. The latter are blocking any agreement until Brussels accepts that the Swiss employer-employee relations are not threatened.

Hence the stalemate. Swiss stock markets will lose what in EU jargon is called their ‘equivalence’ and, while Swiss shares will still be quoted and traded on all big bourses, the traders and dealers operating in Zürich will be shut out from the EU-wide network of exchanges.

This has been a long time coming, and illustrates the limited room for manoeuvre of a country demanding a special status for internal political reasons. In that sense, complacent people from the City of London who believe it will survive and prosper in any permutation of Brexit might be best advised to organise an Alpine holiday and learn from the Swiss.

Denis MacShane is the UK’s former Minister of Europe and member of the OMFIF Advisory Board. His new book, Brexeternity: The Uncertain Fate of Britain, will be published later this year.