All eyes on G20 sidelines 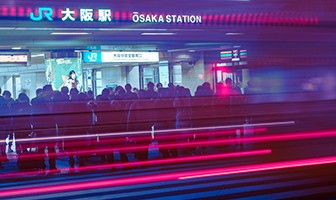 This is the second of a pair of articles published in the run up to the 14th G20 summit on 28-29 June, to be held in Osaka. In the first, a group of global policy experts and former national representatives to the G20 answered a question posed by Mark Sobel, OMFIF’s US chairman, about whether the forum is ‘failing the global economic and financial system’. His second question to the group was, ‘What do you expect to happen in Osaka?’

Stephen Pickford: Given the state of the global economy, and in particular the current trade tensions, the G20 summit ought to be a crucial opportunity to tone down the rhetoric, and to re-emphasise that an open international trading environment benefits all countries, particularly as tensions around the Gulf continue to rise. That will not be easy, given the adverse reaction (especially in Europe) to Washington’s unilateral abandonment of the carefully negotiated nuclear deal. But all parties have an interest in trying to avoid an escalation of the tensions.

Vanessa Rubio: It can be a turning point. In the last two presidencies (Argentina 2018 and Germany 2017), the G20 meetings were tense, making it impossible to reach meaningful agreements. There is a risk the 2019 G20 summit will result in a contradictory and weak communiqué. If this happens, leaders will start recusing from the meetings and be represented by ministers instead. This could lead to the end of this otherwise powerful and effective group.

Ludger Schuknecht: Hopefully some good deal will arises, deepening and evolving personal contacts and a renewed sense on all sides that following international rules is the best way forward.

SP: Probably the best that can be hoped for on the economic front is that the US, China and India could dial down their bilateral trade tensions. Summits can also be an opportunity for leaders to discuss political issues of the day. Indeed, the G20 is the only scheduled event on their calendars when they can be sure to meet their international counterparts.

Jean Boivin: I think we could see some temporary de-escalation of the trade tensions when two heads of state meet – even though a meaningful agreement is not guaranteed. A de-escalation might well help support near-term sentiment. But the fundamental geopolitical tensions go well beyond trade and we cannot expect Osaka to change this materially.

Mark Sobel: The formal proceedings of the G20 summit look to be a routine low-key affair. The meetings will cover the typical agenda items, including global economy, development and technology. Leaders are likely to tread cautiously in dealing with President Donald Trump for fear of upsetting the delicate diplomacy of the summit, and recreating another G7 2018 Quebec summit communiqué rejection scenario.

SP: If there are unlikely to be any economic breakthroughs, leaders could see the summit as an opportunity to focus on non-economic issues. Many of the leaders sitting around the table in Osaka are under domestic political pressure to ‘do something’ about climate change. The UK government’s latest attempt to advance the date when it becomes carbon-neutral is just one example. Unfortunately, Trump does not face the same pressure. One might expect a fair amount of rhetoric from others, but little or no concrete actions.

VR: A new coordination mechanism for the most industrialised countries and the developing economies is needed. It requires well-defined rules of participation to push forward the international economic and financial agenda. It must give special attention to more agile conflict resolution to avoid bilateral tensions between member countries.

SP: History suggests that G20 summits can achieve results only if the US is a strong backer. But the current administration, and the president, seem to want to use the G20 mechanism not as a tool for achieving co-operative outcomes, but as a venue for transactional deals. And the finance ministers’ meeting earlier this month was notable mainly for ‘reaffirming’ previous statements or commitments, rather than for any new agreements.

MS: All eyes will be on what happens outside the meeting. There will be many bilateral conclaves. These are far more likely to contain pointed messages about trade and the like. Like the 2018 G20 Buenos Aires summit, Osaka will likely be a story of the G2: the US and China. Presidents Trump and Xi Jinping are slated to meet. G2 tensions loom large over the global trading system. Beyond the immediate hit of tariffs, the ensuing uncertainties are a bigger drag on the global economy.

Will Xi and Trump make progress toward resolving their disputes, which increasingly seem to have morphed from trade spats into a battle over technology and geostrategic competition? Most analysts have low expectations. Perhaps another political or economic surprise will hit the news as Osaka unfolds.

Stephen Pickford is Senior Research Fellow at Chatham House and former Managing Director (International and Finance) at the UK Treasury. Ludger Schuknecht is Deputy Secretary-General of the Organisation for Economic Co-operation and Development and former Chief Economist in the German Federal Ministry of Finance. Vanessa Rubio is a Senator in the Mexican Congress. Jean Boivin is Head of the BlackRock Investment Institute and former Deputy Governor of the Bank of Canada. Mark Sobel is US Chairman of OMFIF and former Deputy Assistant Secretary for International Monetary and Financial Policy at the US Treasury. Each has previously served as their nation’s representative to the G20.