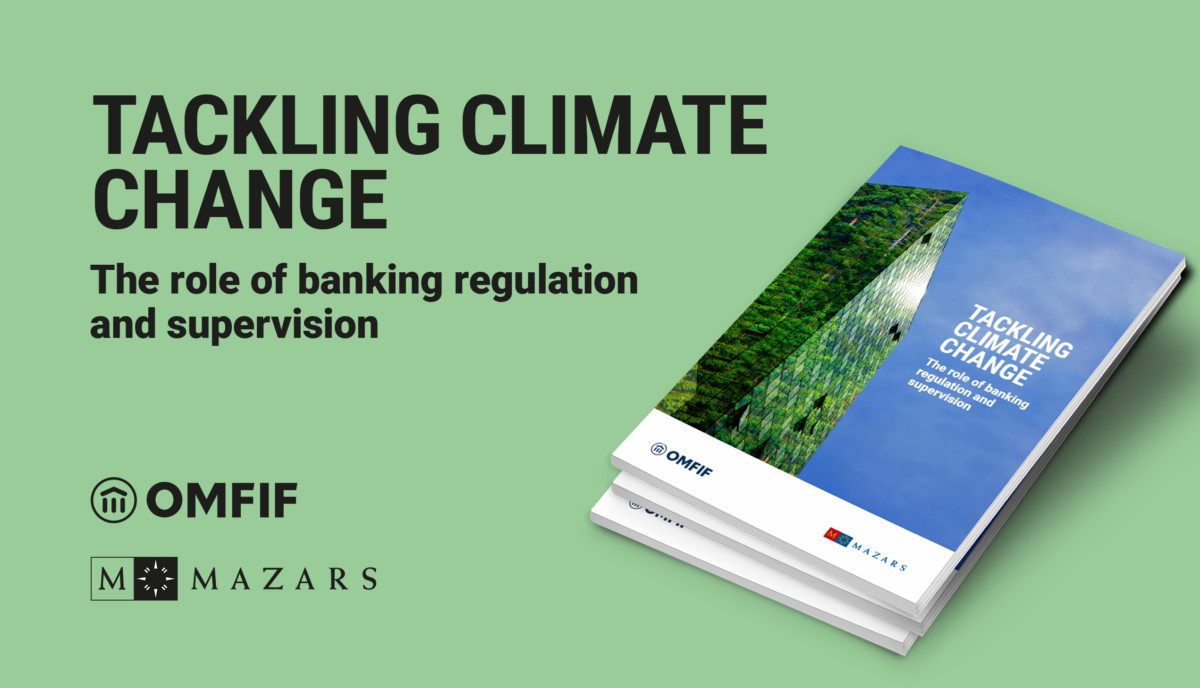 London/Paris, 19 February: Central banks say climate change is a major threat to financial stability and will integrate climate risks into supervisory practices and routine stress tests, finds the OMFIF-Mazars report, ‘Tackling climate change: The role of banking regulation and supervision’. Across the world, 70% of respondents to OMFIF’s ‘Central Banks and Climate Change Survey’ acknowledge climate change presents major risks to financial stability. More than half (55%) are already monitoring these risks, and a further 27% actively responding to risks. The report is based on research and surveys with 33 central banks and regulatory authorities, from countries accounting for 77% of global GDP.

‘Four years after the Paris agreement the climate change debate continues to proliferate. Climate change will impact all financial institutions and the topic is high on the agenda of supervisors and regulators around the globe’, says Rudi Lang, partner, Leader Financial Institutions Group at Mazars.

Climate-related implementations are still at an early stage, with just 15% of central banks and regulators surveyed already conducting climate-related scenario analyses in their routine stress tests. ‘Central banks and regulatory authorities must ensure that physical damage, falling confidence and the cost of adjusting to a low-emissions growth model do not wreck the global economy,’ comments Danae Kyriakopoulou, chief economist and director of research at OMFIF, and lead author of the report.

Almost half of respondents (42%) see a role for monetary policy in supporting the climate agenda and plan to integrate climate considerations into their monetary operations. Those opposing such a view believe central banks’ monetary responsibilities should only play an ancillary role in addressing climate change.

On the sceptical end of the spectrum, 7% of respondents do not view climate change as a concern, and 12% acknowledge it is a concern, but one that other institutions should respond to. These mixed opinions reflect the distinction between interpreting climate change mitigation as an end-goal in itself for central banks and regulators, rather than as just one policy consideration among others. However, several jurisdictions are developing complementary regulatory infrastructures such as green investment classifications (taxonomies) to facilitate more consistent and targeted green finance policies and investment.

‘The success of any policy response will rely on the engagement of market participants who will be expected to assess, disclose and mitigate their climate change risk and continue to change some of their practices,’ highlights Leila Kamdem-Fotso, partner, financial services at Mazars, and contributor to the report. ‘Encouragingly, collaboration has already started between regulators and the private sector through various initiatives.’