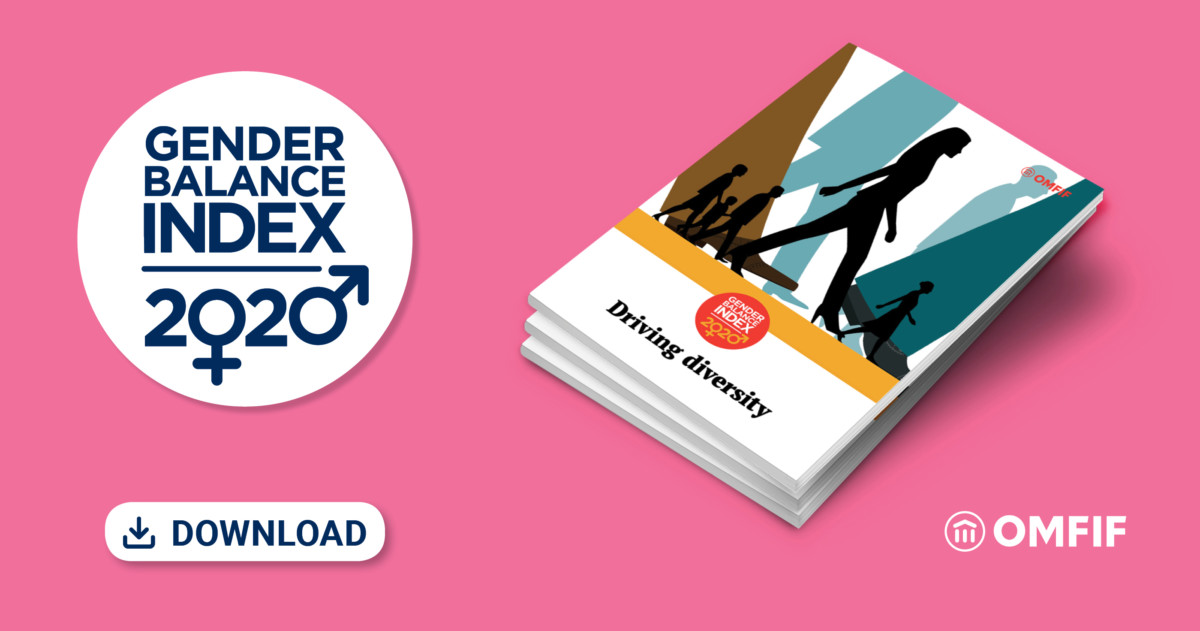 London, 5 March: Central banks and other official financial institutions are implementing measures to improve gender diversity in their organisations, but still count too few women in senior roles.
The OMFIF Gender Balance Index, produced in association with Barings and Mazars, tracks the presence of men and women in senior positions at central banks, sovereign funds and public pension funds. The study, now in its seventh year, ranks institutions based on gender balance in their management and boards.

Out of 173 central banks, one-fifth have no women in senior positions or monetary policy committees. More than half of these are in the Middle East and Asia Pacific. Only 14 central banks globally are headed by a woman, including the European Central Bank led by Christine Lagarde, its first female president.

‘It is encouraging that more women are progressing within central banks and that diversity is being legitimised as a valuable and necessary consideration in recruitment,’ says Danae Kyriakopoulou, chief economist and director of research at OMFIF. ‘There is wider acceptance of the benefits of diversity, and that’s progress. But there is a lot more still to do. As our survey shows, central banks are only beginning to put in place policies to actively level the playing field for those who have faced barriers to enter and progress, and there are still huge differences from country to country.’

European public pension funds perform the best and improve the most among the three institution types. The overall score climbs by 12% to 46.3 from 41.3 the previous year. The number of female-led funds rose to 36 from 31. Iceland and Norway top the list.

Global survey delves into central bank diversity policies
To complement the index, OMFIF conducted a global survey of 46 institutions consisting of 44 central banks and two multilateral organisations with functions related to financial stability. The first of its kind, this survey asked what measures institutions have in place to help correct gender imbalance and promote diversity and inclusion.

It found that 15% of central banks reserve seats for women on their board of directors or monetary policy board. More than half (54%) of central banks have implemented a gender diversity programme that encourages the upward progression of women. For some respondents, this includes mentorship and leadership training specifically for women.

‘As a global financial services firm, we are made stronger and more innovative by having a balanced workforce comprised of different perspectives and collaborative thinking,’ says Sarah Munday, director of sustainability at Barings. ‘Correcting gender imbalance requires a multi-pronged approach, from supporting women in the workforce, to building a gender-balanced talent pipeline and encouraging young women to pursue a career in the industry.’

Emmanuel Dooseman, partner, global head of banking at Mazars says, ‘The index shows that gender balance in central banks is increasing, but there is still a huge amount of work to be done. As regulators and supervisors of other financial institutions, central banks play a crucial role in shaping the future direction of the global business landscape. That’s why we hope the index acts as a wake-up call for leaders. They need to do more to create and implement progressive policies that support women at work.’