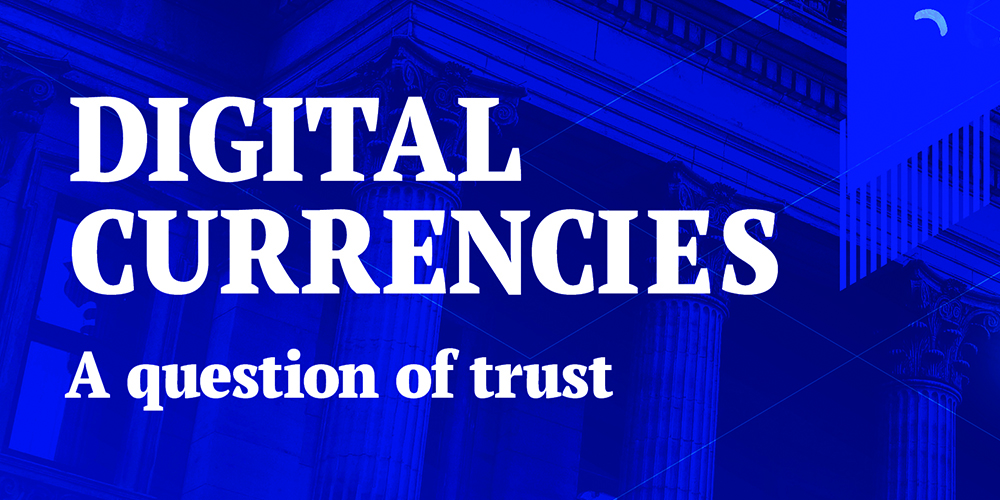 London, 5 February: Central banks are the most trusted monetary and payment institution globally, an OMFIF report, Digital Currencies: A Question of Trust, shows. A survey of more than 13,000 individuals across 13 advanced and emerging countries conducted by Ipsos MORI reveals that citizens in these economies are more confident in their monetary authority than in payments service providers, tech companies such as Google or Amazon, credit card companies, or commercial banks.

Central banks are in pole position to issue digital currency. In most markets covered in the survey, respondents felt that central bank digital currency would be their preferred form of digital money, over tech- or credit card company-issued digital payment instruments.

Respondents asked about their preferred characteristics for a payment method unanimously selected safety from fraud and theft as the most important feature across all countries, by significant margins. Speed was the least selected characteristic, suggesting that digital money, which scored low on safety characteristics but performed well in speed, will have to improve its safety features to achieve wide-scale adoption.

Findings point to cash as the most popular global means of payment, across advanced and emerging economies. When asked about payment instruments’ performance across five key metrics – safety, privacy, ease of use, speed, and acceptability – respondents globally indicated that cash, on average, performed best, followed by credit and debit cards. This held true across age, income, and education groups. Cash is particularly popular in some advanced markets, such as the US and UK.

However, the survey reveals significant preference disparities across these groups when it comes to digital money, which proves more polarising than other payment methods. Highly educated, better off and younger respondents expressed the most confidence in current and future digital money, praising its speed in particular. Older respondents, particularly those in advanced economies, were more sceptical, even on the question of CBDC. In emerging markets, by contrast, respondents showed a relatively greater enthusiasm for digital currency, and were largely agnostic on the question of who should issue it.

These findings may help provide guidance to policy-makers and private sector institutions seeking to issue their own digital offering, pointing to specific areas in which they need to improve. They provide the first, quantitative overview of the global monetary and payments landscape, sketching the balance of trust between central banks, tech companies, and other institutions at a time when this balance is more perturbed than at any point in the past century.