Why the dollar won’t be as strong as many think 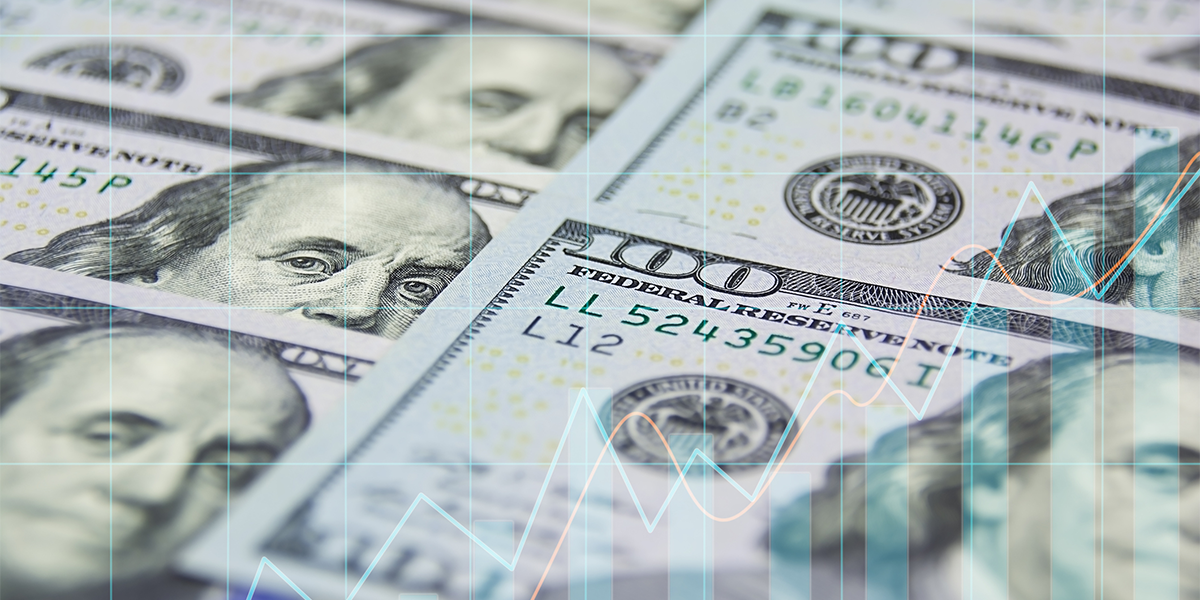 As a junior US Embassy officer in Bonn, Germany, I watched a senior official recount the market’s dollar outlook. Ambassador Arthur Burns listened attentively, slowly drew on his pipe for emphasis and snapped: ‘Anybody who thinks he knows where the dollar is headed is a fool. Next.’

Given huge uncertainties about Covid-19, inflation, geopolitics and monetary policy, one must now even more humbly enter the realm of dollar outlook foolhardiness.

Many analysts project significant dollar strength in 2022 on the back of a hawkish Federal Reserve stance relative to other major central banks, especially the European Central Bank and the Bank of Japan. These relative stances should indeed underpin the dollar, especially as Fed hikes support the short end of the curve, for which exchange rates are sensitive.

But the narrative of a significantly strengthening dollar could well prove overdone, much like predictions for a sharp fall in 2021 were overplayed.

Analysts should specify what they mean by the ‘dollar’. The DXY index, which heavily influences market commentaries, is overwhelmingly a composite of the euro and euro bloc. But even if the dollar strengthens versus the euro, major currencies account for less than half of the dollar’s overall trade-weighted index, and the euro area and Japan for a quarter.

The market has already started to price in relative monetary policy stances and US financial conditions remain highly accommodative regardless. Rising US yields tend to pull up European yields, limiting spread widening.

The US will run a large 2022 current account deficit around 3.5% of gross domestic product, similar to 2021.

The effective ‘dollar’ is already top heavy. It peaked in the mid-1980s, rose sharply in the early 2000s when the euro came into being, and is now above the early 2000 levels (see Figure 1). 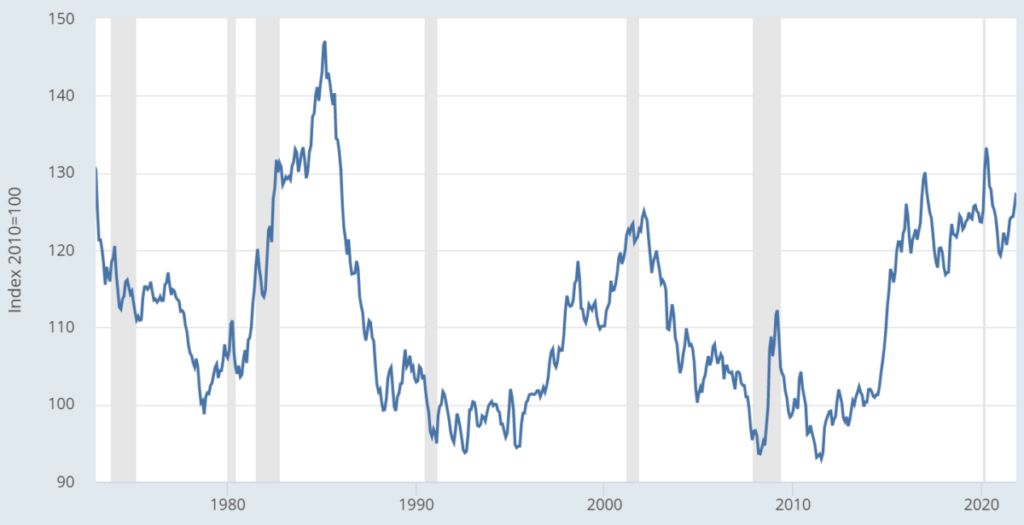 Forecasts show US growth slowing over 2022. The failure so far to pass the ‘Build Back Better’ bill is causing markdowns in the US outlook. US fiscal policy will be consolidative. The dollar is generally well bid in strong risk-off and risk-on periods, but demand is more muted in between. Absent geopolitical shocks or a large underestimation of inflation pressure and the Fed’s response – which are distinct possibilities – markets may find themselves in that intermediate state.

The peso should remain broadly steady – the Banco de México has so far adopted a hawkish tone, remittances have been strong, the current account is roughly in balance and the fiscal stance has been relatively restrictive. But structural problems are not being addressed, impeding the investment climate and inflows.

Chinese authorities in 2022 will likely seek to curb upward renminbi pressures against the dollar, though it will be a struggle. The authorities are easing policy amid slowing growth, especially given developments in the real estate market, and sending clear signals that further renminbi appreciation against the dollar, such as raising reserve requirements on foreign currency deposits or weaker fixings, is unwanted.

But the balance of payments points to robust renminbi demand. The pandemic has helped boost China’s current account surplus towards 1.5% to 2% of GDP, particularly given the demise of outbound tourism. The renminbi remains buttressed by increased direct and portfolio investment opportunities in China’s financial market, relatively favourable yields and lacklustre portfolio demand for other emerging market currencies.

The Chinese central bank seeks stability in the trade-weighted renminbi, but it also wishes to avoid sharp renminbi moves – especially upward – against the dollar. These objectives can clash when the dollar is firm against EM currencies and/or the balance of payments is unco-operative. In seeking to limit renminbi appreciation, particularly against the dollar, questions will intensify about whether the People’s Bank of China is using Chinese banks to engage in stealth intervention or doing so itself.

The EM complex is too differentiated to analyse in one fell swoop. Turkey, Argentina, Sri Lanka and Pakistan, for example, face idiosyncratic problems. Latin America’s situation cannot be compared with Eastern Europe or non-China East Asia. That said, concerns about a repeat of the 2013 taper tantrum are overdone, especially as key EMs float, have built up reserves and face reduced external vulnerabilities. Overall, the dollar should remain resilient against the non-China EM complex, with many EM central banks adopting a hawkish stance, while slowing global growth could weaken commodity prices.

Putting it all together, the dollar should keep a firm tone, but predictions of sharp strengthening are not likely to be fulfilled.