Don’t overplay the dollar’s decline in 2021 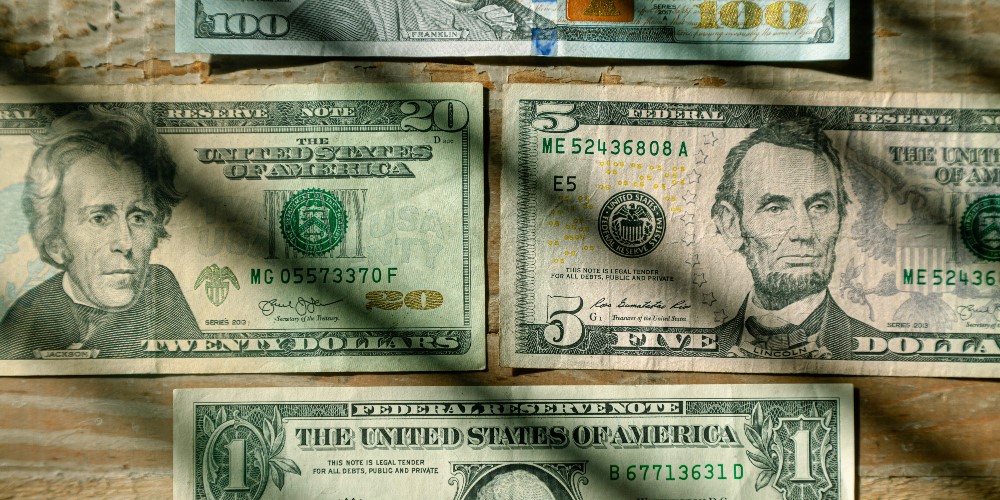 Expect some weakness, but there’s little to suggest a sudden crash

Many observers are converging towards a highly downbeat 2021 outlook for the dollar. This view is at times associated with a surging risk appetite, the end of a strong dollar cycle or a twin deficit crash.

Given the seeming random walk nature of exchange rates, forecasting the dollar’s 2021 outlook could be an act of hubris.

That said, the dollar may indeed fall this year, but an overly negative narrative is unwarranted. Many arguments for a future slump don’t hold up.

First, the dollar is already falling sharply. The dollar index (DXY) in 2020 was down 13% from its March highs and around 7% for the year.

Second, as economies rebound from Covid-19 and a vaccine comes on line, risk appetite will strongly favour non-dollar currencies.

This plausible view needs to be tempered. America’s fiscal support and growth potential are higher than Europe’s or Japan’s. Faster US growth often supports the dollar. Vaccine distribution may not be smooth. Economic scarring could hold back the recovery. Even in a risk-on environment there will be bouts of volatility and risk aversion.

Shifting interest differentials and relative monetary policy stances are key exchange rate drivers. However, advanced economy central banks have all slashed interest rates to zero or the effective lower bound and are pursuing quantitative easing. Rate differentials are compressed. This reality is unlikely to change anytime soon with central banks remaining on hold.

But even assuming significant dollar depreciation, Europe and Japan would fret about deflation and lost exports. The European Central Bank and Bank of Japan would turn toward further accommodation.

The chart below points to three periods of major dollar moves. In the late 1970s, the dollar plunged amid lost confidence in US economic policy as inflation spiked. In the early 1980s, the dollar soared after Paul Volcker tightened monetary policy to curb inflation; this move was furthered by expansionary fiscal policy and the dollar recovering from its late 1970s lows. Before and after the global financial crisis, the dollar fell as the US pursued monetary accommodation earlier and more aggressively than Europe and others. 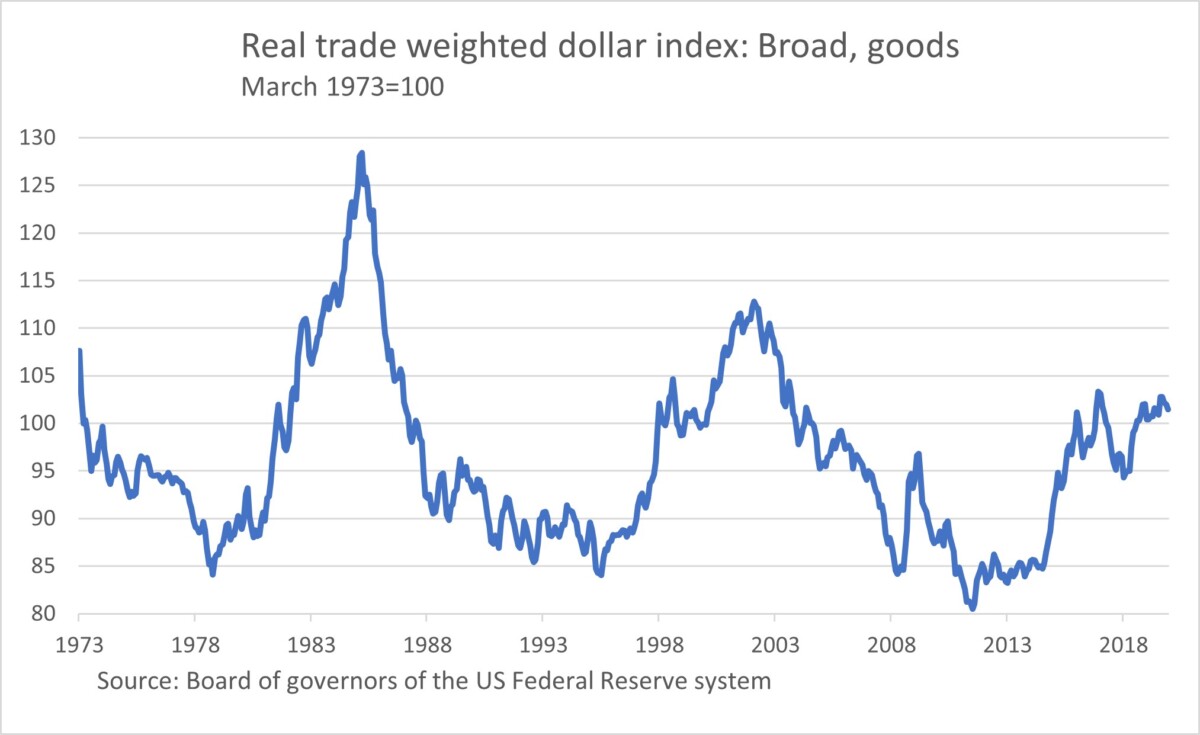 The chart also suggests dollar cycles that last a decade or less. Indeed, the real trade weighted dollar has been on an upswing for the past eight years and is now on the strong side. But the dollar is nowhere close to peaks associated with large past swings. It is still far below its 1985 Plaza accord era peak and its 2002 top after the euro tumbled upon its inauguration, and well above its post-great recession lows.

Fifth, US twin deficits will tank the dollar.

With the advent of fracking, the US current account deficit has remained around 2% of gross domestic product per year over the last decade, though the Covid-19 pandemic will boost it. The US will run large fiscal deficits to overcome the crisis.

But America has the world’s deepest and most liquid capital markets. It issues the world’s leading safe asset – US Treasuries. Interest rates are rock bottom and the Fed will continue buying a large portion of US debt issuance. If demand abates, slight yield increases will draw inflows back.

Twin deficits might become an issue in the future. But in the meantime, America can well finance them.

The outlook for emerging market currencies points to modest appreciation.

The renminbi is a good candidate for further appreciation. China’s current account surplus is rising sharply on the back of lower oil prices, a collapse in tourism outflows, and strong personal protective equipment and work-from-home exports. The capital account has been bolstered by inflows attributed to relatively high government bond yields and the inclusion of renminbi equities and bonds in global emerging markets indices. But authorities may become wary of further large gains and carefully allow more outflows.

The Mexican peso is likely to remain supported by relatively high interest rates and the country’s conservative macro stance. Asian currencies may experience upward pressures, but will seek to limit these.

Adding it up, the dollar’s trade weighted index may well decline in 2021, but a large depreciation or crash does not appear likely. Of course, never ignore the random walk.